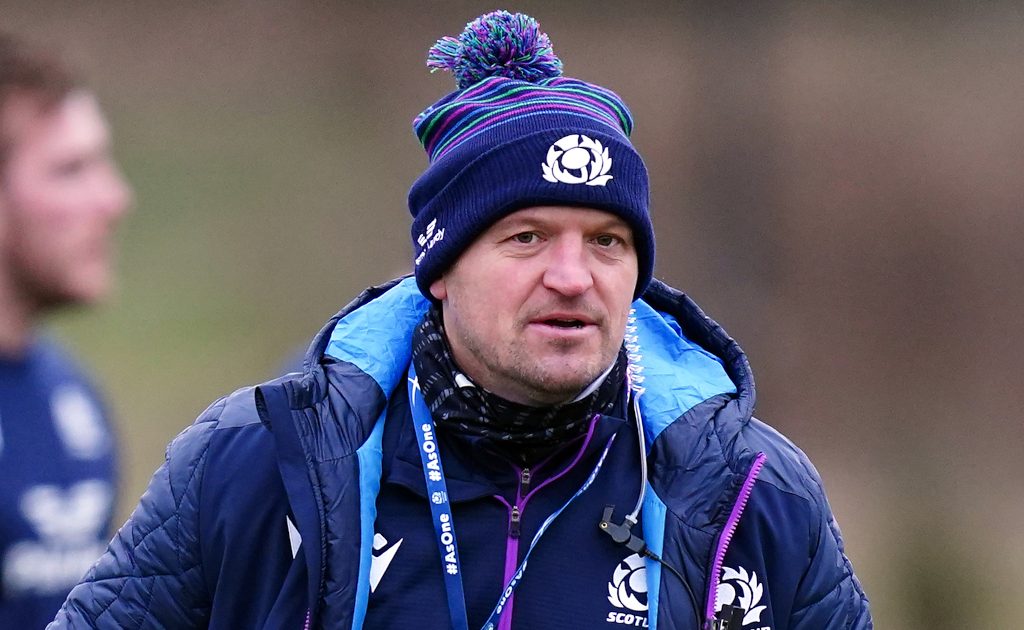 A home clash with England to open with is just the thing Gregor Townsend reckons will kick-start a successful Six Nations for Scotland next week.

The Scots have been on a steady upward curve in form for a while now, and hopes are high that they could sneak a first-ever Six Nations title. The last time Scotland won was in 1999 when it was still only the Five Nations.

Head coach Townsend feels his team can draw additional motivation from the fact their first Six Nations match in almost two years in front of supporters will be the Calcutta Cup showdown with the Auld Enemy at Murrayfield on Saturday week.

Makes it even more special

“I believe it’s the most eagerly awaited game we’ve had for a few years,” he said. “The Six Nations is a brilliant tournament, it’s a real privilege to be involved in it, and to have crowds back this year makes it even more special.

“We know this is the biggest game we face, it’s such a historic fixture. We’re playing for a famous trophy and it’s 151 years old. To have it first up adds to the buzz around the Six Nations. It will focus our minds next week.

“The games in November were excellent in terms of seeing fans back when we arrived at the stadium, the noise they generated when we came on to the field and how they helped us through those games. So to have them there for our biggest fixture of the year will be a great boost to us.

“We’ve also got three away games this year so we’ll also have to handle those occasions where the crowd are against us and for the home team. But everyone involved in rugby can’t wait to play in front of supporters again for this Six Nations.”

Scotland will be defending the Calcutta Cup after winning at Twickenham last year for the first time since 1983.

Eddie Jones’ side finished fifth in last year’s Six Nations, with their only wins coming against Italy and France, but Townsend believes their autumn victories over Australia and South Africa are a clear sign that they represent a serious threat for this year’s tournament.

He said: “After our game against them last year, England played well later on in last year’s championship. I thought their game against France was their best performance and then in November they kept building.

“Their win against South Africa, the world champions, shows they are a quality side. They were moving the ball and had various attacking threats, so we’ll wait and see if that’s still the case in the Six Nations because it’s a different tournament and has a different feel to the November internationals.

“It looks like they’re going to add more of an attacking side to their game than they had in the last championship.”

Duhan van der Merwe and Kyle Rowe have missed training this week due to illness, while Josh Bayliss has been absent through concussion, but Townsend is optimistic about having all three available in the lead-up to the England game.

He said: “They’re all making progress. Both Duhan and Kyle are all feeling much better and if they continue to make progress, we believe they’ll be available for our camp next week, which begins on Sunday night.

“Josh still had symptoms a couple of days ago but we believe he’s now clear and is starting the return-to-play process. We’ll just wait and see over the next few days on all three players.”