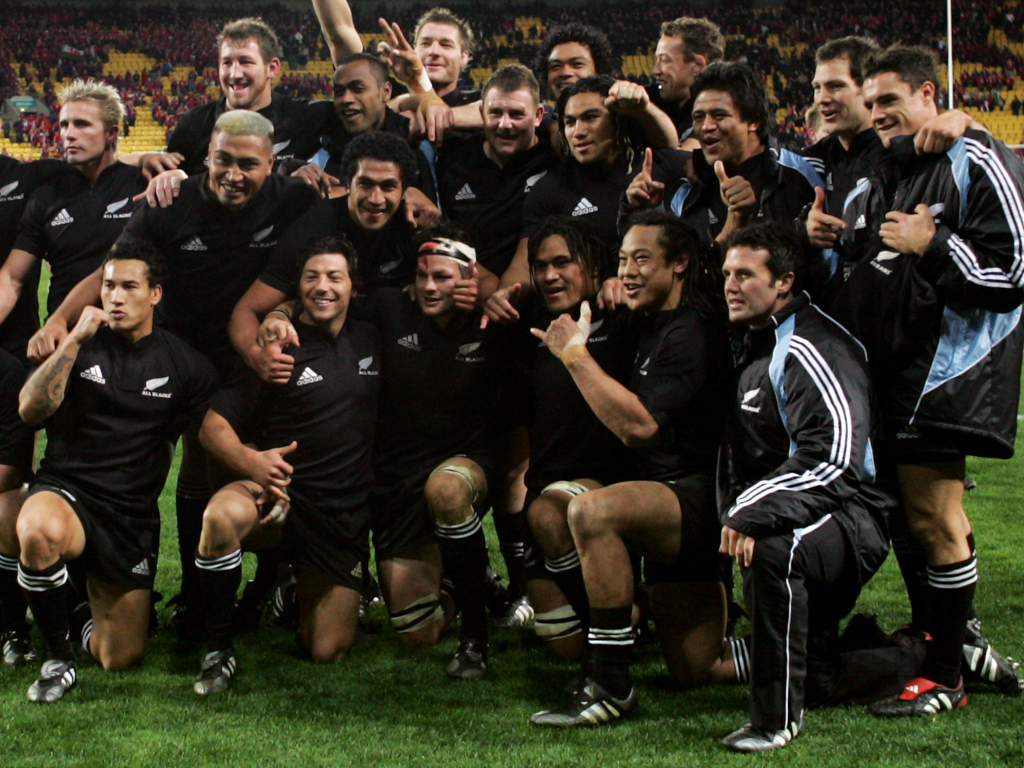 Graham Henry stepped into his shoes and began to rebuild the team. He brought Steve Hansen and Wayne Smith on board as part of his backroom staff – named the ‘three wise men’ – and thus a remarkable period of success followed.

While the 2007 World Cup was a disaster, with a controversial 20-18 defeat to France condemning them to their worst ever campaign in the global tournament, the type of rugby they produced at times was simply majestic.

In 48 Tests under Henry during that period, they won 42 – a win percentage of 87.5 – which was utterly remarkable.

Apart from the winning, which they did a lot, they revolutionised the game, playing a brand of rugby which few had seen before. They were clinical, intelligent and had skill sets far higher than any other team in the world, which simply set them apart from the rest.

After criticism during the early part of Henry’s reign as they succumbed to consecutive defeats to Australia and South Africa, the head coach sought to rectify some team culture issues. Out went the binge drinking and in came a more professional unit as they became one of the best teams ever.

They were almost perfection, particularly during the sublime 2005 series victory over the British and Irish Lions, but ‘almost’ is the operative word with this side. There were a couple of very small weaknesses which weren’t truly rectified going into the 2007 World Cup, especially at lock and in the midfield, while bad luck also played a part as their two genuinely world-class fly-halves – Dan Carter and Nick Evans – got injured in the quarter-final contest.

As a result, they didn’t win the grand prize their performances and results leading into the tournament probably deserved, but the All Blacks between 2004 and ’07 should still be remembered as one of the outstanding teams.

Flanker Richie McCaw was destined to be a genuine great before Henry even named him as captain, but he became the heartbeat of that pack under the new head coach. Meanwhile, behind the scrum, the All Blacks had always produced outstanding fly-halves, but Dan Carter proved to be the best of the lot.

John Mitchell made the mistake of not trusting the youngster enough during the 2003 World Cup, but Henry knew what a gifted individual Carter was. With those generational talents in key positions, they could mould the side around them with wingers Joe Rokocoko and Sitiveni Sivivatu providing blistering pace and wonderful balance on the wings.

Often creating those openings was superb centre Tana Umaga, who skippered the side until his international retirement at the end of 2005. His departure perhaps caused that uncertainty in midfield which contributed to their downfall two years later.

Up front, Tony Woodcock and Carl Hayman provided power in the front-row while the late great Jerry Collins was one of the outstanding back-rows. Collins was a ferocious tackler while his athleticism and sheer belligerence allowed him to become a superb ball carrier which often helped New Zealand to garner front foot ball.

It was the day Carter became the ‘perfect 10’ as the All Blacks thrashed the British and Irish Lions 48-18 in Wellington. That 2005 series was an absolute disaster for the visitors, from the selection to quite simply the whole organisation of the tour, but that does not detract from the brilliance of the hosts.

🥳 To celebrate the birthday of @DanCarter today, re-live his 33-point effort against the Lions in 2005.#HappyBirthday #BACKBLACK pic.twitter.com/MoG9HUxH4r

Henry’s men were utterly magnificent, particularly in that second Test, as they touched down five times and claimed a dominant victory. Carter was the instigator for their superb display, kicking five penalties, four conversions and crossing the whitewash twice, as the fly-half ended with a tally of 33 points to his name.

Onlookers marvelled at his and New Zealand’s performance as they took an unassailable 2-0 lead heading into the third Test, which the home side also won. It was a series which defined the team over those three years and made them favourites going into the World Cup. Unfortunately, they were unable to take the title but, despite that, it was a still team which reinvented the game.