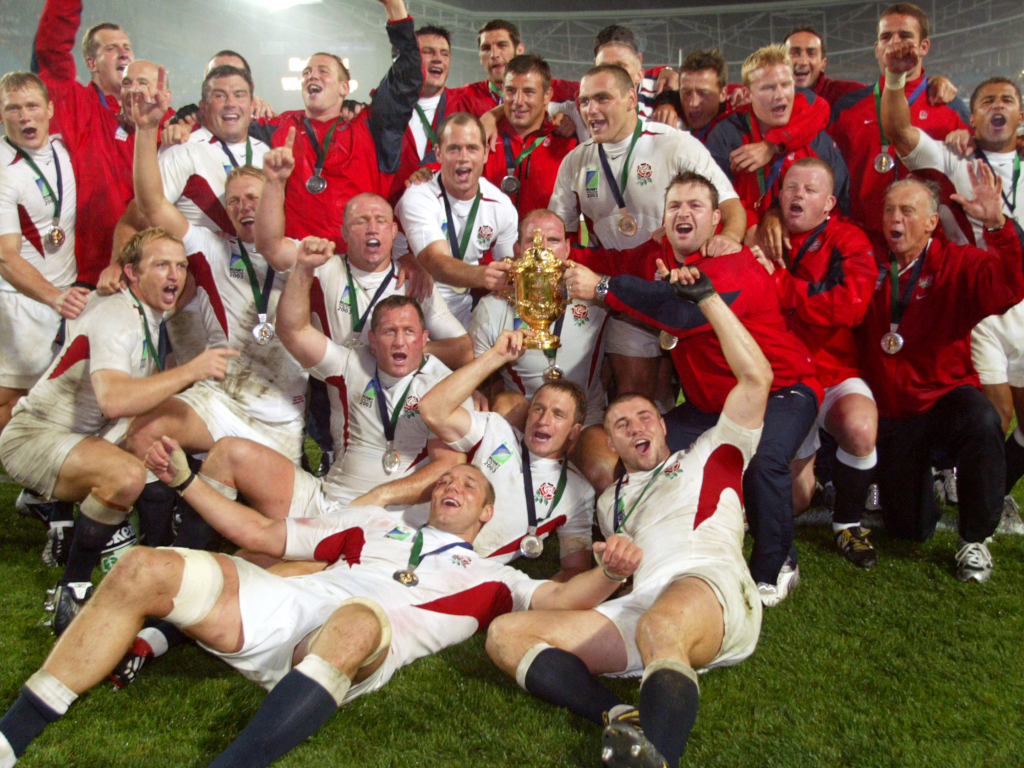 For the 23 World Cup years leading up to the Millennium, it’s safe to say England always flattered to deceive. Stuttering from world-class performance one day to club-class display the next, consistency was unheard of, underpinned by dithering selectorial policy, an over reliance on an antiquated club structure and a blind faith in the power of their forwards.

Wins against the southern hemisphere happened from time to time and indeed, England far outstripped their Six Nations compatriots in this area, but they were wins hewn from luck and commitment rather than good reason or strategy and, while regularly bullying lesser opposition, never did any English side enjoy a prolonged period of ascendency against the best teams in the world.

England’s turning point came not from within the shirt of the Rose itself but rather was engineered in a British and Irish Lions shirt on the fields of South Africa.

By the time Clive Woodward had taken over the reins of the England side, some serious and obvious talents were starting to emerge. Richard Hill had announced himself on the international stage with two tries in the Six Nations Championship, Martin Johnson was converting himself from callow youth to callous lock and elsewhere, Neil Back, Lawrence Dallaglio, Jonny Wilkinson, Will Greenwood, Matt Dawson and Kyran Bracken were transitioning from good players to world-class performers.

With a huge English contingent for the Lions tour of ’97, and with Johnson as their figurehead, the seeds of the side we’d see for England a few years later were planted, propagated and nurtured by that group of senior players, using their tour as the blueprint for embryonic professionalism in English rugby for the next six years. Above all, it gave them a belief that they could beat the best teams in the world, down south and away from home, something that stayed with them right until the World Cup final.

Yes, there were a few road bumps. That lack of consistency and perhaps the continued ability to have a ‘bad day at the office’ from time to time saw them blow Grand Slams in both 1999 and 2000, despite playing some scintillating rugby in the competition.

The turning point, however, was the end-of-year series in ’00. England hosted Australia, South Africa and Argentina, building upon a summer win in Bloemfontein to up their expectations and win all three tests that November and December, with Dan Luger spectacularly sealing a last minute win against the world champions, Australia, at Twickenham.

Summed up in one phrase, this side were streetwise. For players in their mid-20’s or so, they’d seen a lot of success and no less failure but, during this time, they’d learned how to win and win against the best.

In terms of style, the rugby was complete. No side scored more tries between the ’99 and ’03 World Cup than England, no team averaged more points per game. They played rugby that was adaptable and was based upon playing games of mixed tactics, delivered to suit the conditions and the opposition.

The ability to of the forwards, notably the back-row, to win ball, defend and to support allowed England’s superstar 10, Jonny Wilkinson, to come to the fore. Much has been written about Wilkinson but, in this side, he orchestrated everything, from the primary defence to the training sessions..

In truth, style-wise, England probably purposefully ‘cooled their jets’ in terms of attacking rugby a little bit during this period. A couple of losses (Paris 2002 and Dublin 2001) could be put down to playing a little too openly from the off and this forced England to tighten up a bit – more interested in how, rather than how many.

By 2003, they had bolted on pragmatism, winning and absolute self-belief to their attacking, all conditions game plan. If these qualities ever defined a side, so they defined England, the hardest team in the world to beat.

Eddie Jones once remarked you need five all-time greats of the game in your team to win a World Cup and in Richard Hill, Jonny Wilkinson, Lawrence Dallaglio, Martin Johnson and Jason Robinson, England had a number of world-class advantages over virtually every side in the world.

That back-row of Hill, Dallaglio and Neil Back had developed into the most effective loose trio in arguably the history of the game. Perfectly balanced, and with every skill a breakaway unit needs, these three dominated every single set of opponents they encountered. They had 49 Tests together for England and, from 01-03, England lost only three matches in 34 (one of those being a second string side in a World Cup warm-up in Paris).

Hill in particular was the glue that held England together – not one player in the game matched his workrate, dogged effectiveness and skill set, fusing the gas of an international centre with the power of a lock forward. When he was absent, so England stuttered as evidenced in the pool stages of the 2003 World Cup.

The leadership and towering performance of Johnson will be written in the history books for years to come. Frightening, focused and physical defined his every being and alongside him, the experience of Jason Leonard and the fight of Phil Vickery gave England a pack that few could compete with.

One of the key pieces of the 2001 jigsaw was the code change of Robinson. ‘Billy Whizz’ arrived on the international stage off the bench against Italy, cut his international teeth as a Lion in Australia that summer, kicking on to become the most exciting counter-attacking back in the world in the next two years. Top end pace wasn’t Robinson’s bag, acceleration and agility was everything – he was a Lotus Elise running around HGV’s and laughing at them as he did so.

England’s other weapon was not one of muscle nor pace. Not even kicking or passing, but more so the immense rugby IQ of Will Greenwood at centre. No player has ever been quite as effective since Greenwood at getting into scoring positions or unselfishly creating opportunities for others around him. His ability to unlock situations through intellect was a cornerstone of England’s belief and strategy.

There were many performances during this period that were seminal. The four victories in the 2002 end-of-year Tests, where New Zealand, Australia and South Africa were all disposed of within 21 days stands out, as does the Grand Slam win in Dublin.

But nothing compared to England’s defining performance with two men in the bin versus the All Blacks in Wellington 2003. With 36 minutes gone on the clock and faced with both Dallaglio and Back off the pitch, the Red Rose had a defensive scrum against a salivating New Zealand side camped under England’s posts and with the put in. New Zealand won their own ball and their tighthead, Greg Somerville, got his side up and wheeled right, so theoretically, number eight Rodney So’oialo could break off the base and dot down unopposed.

However, they reckoned without England’s one-man back-row Hill, who in one incredible action broke and tackled, hitting the Kiwi eight so hard he went backwards. Quickly getting to his feet, the Englishman jackaled, New Zealand were penalised for double movement and a relieved Jonny Wilkinson cleared 40 metres for touch. It was the defining moment of the year for England and their belief went sky high and thereafter was unshakeable.

A few months later, Woodward’s men stuttered through the World Cup stages to the final. On form, they should have waltzed to the final, but every bit of their three-year learning journey came under scrutiny as a dogged Wallabies side, with Bill Young and Elton Flatley doing their best to prove the form books wrong, did everything they could to ruin England’s day.

Inevitably, the match went to extra time (as all sporting finals featuring an England win tend to). For those that wondered how to define England’s playing style, well we found out in 32 seconds of rugby brilliance, as Lewis Moody won a lineout, Matt Dawson and Johnson drove into midfield, then in one brilliant swing of his right boot, Jonny Wilkinson immortalised himself and the team.

They had found a way to win. That was what characterised every rugby atom of this squad and that’s what makes them arguably the best side modern rugby has ever seen.