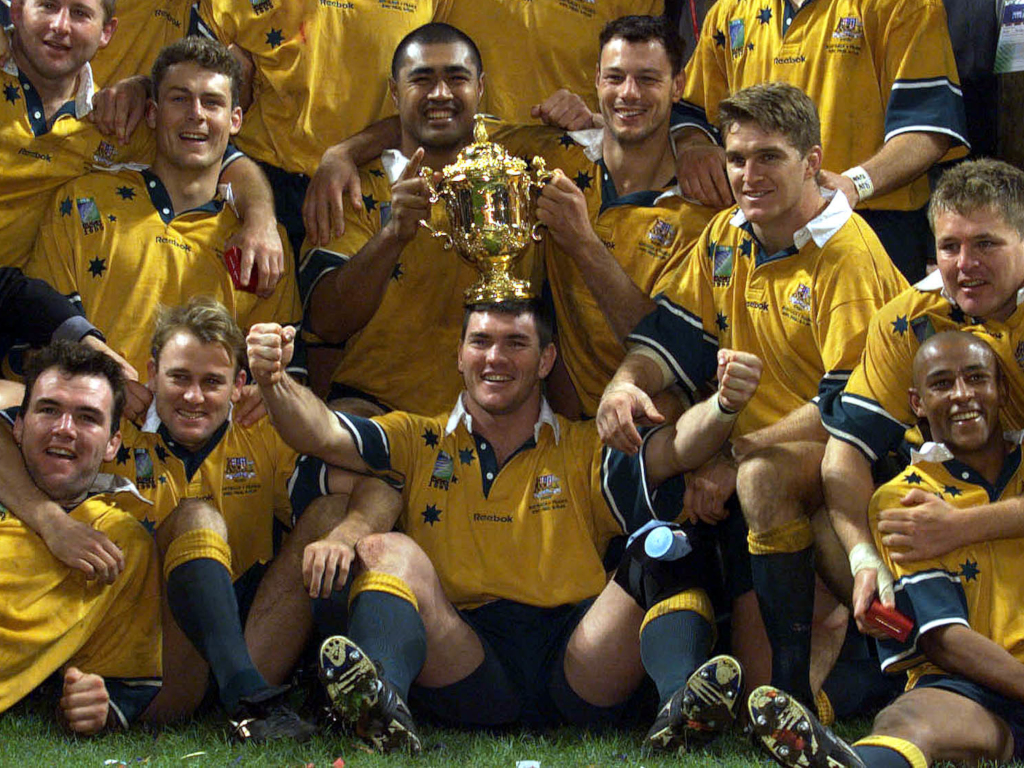 Despite consistently being one of the outstanding sides, which included a World Cup win in 1991, Australia had never really enjoyed sustained success, but that came at the end of the Millennium and at the start of the 21st century.

Arch-rivals New Zealand had often stopped them in their tracks, with the All Blacks, in rugby union terms at least, fending off their little brother when they had threatened to usurp them, but the Wallabies had their day in the sun.

Under the guidance of Rod Macqueen, Australia lifted the global tournament in 1999 before successive Tri-Nations titles in 2000 and ’01 made them the best team in the world. Then came the British and Irish Lions where the Aussies came from 1-0 down to claim a 2-1 series victory over the tourists.

Macqueen ended his tenure with a 79 per cent win record and having won the Bledisloe Cup four years in a row. They retained the title in 2002 following the head coach’s departure but, since then, it has been 16 seasons of New Zealand dominance.

Quite simply their sparkling backline. While the front-row, a stereotypical weakness of the Aussie game, was pretty solid and effective in the loose during that time, it was all about giving the men behind the scrum enough front foot ball to weave their magic.

They also had an excellent back-row for those two years. which allowed them to control the gain line, and all those facets meant that Macqueen’s men were the dominant side between 1999 and 2001.

The Wallabies were clearly the outstanding outfit in the ’99 World Cup, sauntering their way to the semi-final. Although South Africa gave them a fright, their quality saw them home before they comfortably defeated France in the showpiece event.

It was an impressive effort from the Australians and they continued to build by claiming the Tri-Nations before their memorable series against the British and Irish Lions. They were comfortably beaten in the opening Test but the experience they had garnered over recent years stood them in good stead as the Aussies emerged victorious in the next two.

Any good team starts at half-back and Australia just happened to have two genuine greats operating at the same time. George Gregan and Stephen Larkham were stalwarts for the Wallabies as the combination ‘Gregan-Larkham’ became synonymous with the jersey.

Gregan provided control, accuracy and outstanding decision-making from the base of the ruck and the fly-half was the player with the magic touch. Tall and rangy, Larkham glided across the pitch and often scythed through opposition defences, while his passing range and deftness on the gain line was out of the top drawer.

Outside those two they had a similarly settled centre partnership in the legendary Tim Horan and Dan Herbert, which was crucial in the ’99 win. Horan retired in 2000 but Herbert remained to play a key part in the victory over the Lions in ’01, scoring two tries in the decisive third Test.

With that talent in the playmaking axis, it meant the explosive Joe Roff had plenty of wide open space to show his immense qualities. Roff was one of the deadliest wings in the game and, alongside outstanding full-backs Matt Burke and Chris Latham, they had remarkably gifted options in the backline.

The forwards also had to play their part and John Eales is simply a legend of the game. Nicknamed ‘nobody’ because, well, ‘nobody’s perfect,’ the second-row could do it all, even kick goals, and was the heartbeat of the pack during his decade in a gold shirt.

Elsewhere, back-rows Owen Finegan and Toutai Kefu were consistently excellently, and then in 2000 saw the emergence of a certain George Smith, who became one of the best players of his generation.

While the World Cup win in 1999 was impressive, there was a sense of inevitability about the result. France had achieved one of the great upsets, producing a stunning second half display to shock New Zealand in the last-four, but that was ultimately their big performance of the tournament.

When it came to showpiece event, Les Bleus could not muster the same energy or quality to beat a slick Australian outfit as the Wallabies eventually claimed a comfortable 35-12 triumph to lift the trophy at Twickenham.

In 2001, however, they were met by a fearsome Lions team, who were stacked with quality, and that was shown in the opening Test as the tourists came away with a sensational 29-13 victory. Brian O’Driscoll well and truly announced himself as a world-class player with a stunning individual try, while rugby league convert Jason Robinson also shone with a similarly sublime finish.

The second game was going in the same fashion with the tourists dominating the contest, but an injury to Richard Hill, combined with an intercept try for Roff, turned the tide in the hosts’ favour.

They levelled the series heading into the final match where Macqueen’s men played their defining match of that era. Even if the Wallabies had lost, they would have been classed as an excellent team, but the squad became genuine greats by overcoming the Lions in Sydney, winning 29-23 in a thrilling encounter.

It went back and forth as Herbert’s brace cancelled out Robinson’s and Jonny Wilkinson’s scores, but Matt Burke’s five penalties proved to be the difference as the Australians took the series 2-1 to cement their place in the history books.