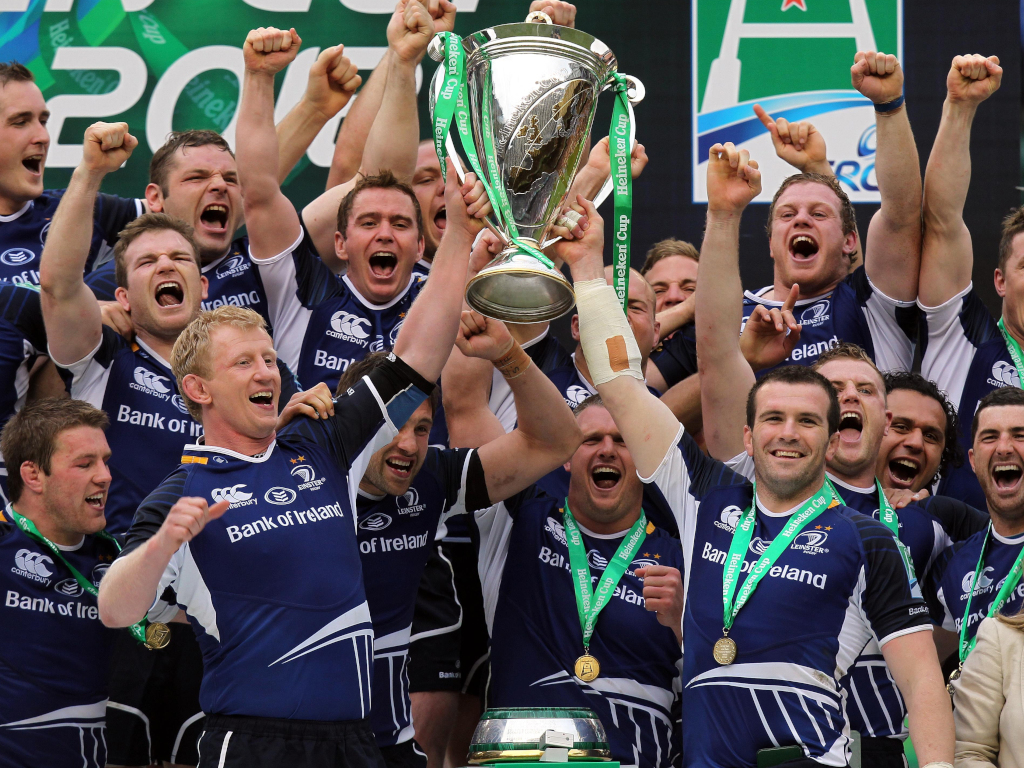 We take a look at the best ever teams to have graced the sport from years gone by and today we delve into Leinster’s side that dominated the Heineken Cup.

They were always the great Irish underachievers, often in the shadows of the gnarly Munstermen, who were consistently excellent and claimed the title in 2006 and ’08. The Dublin-based outfit were infamously labelled the ‘ladyboys’ by controversial columnist Neil Francis, but that comment only served to inspire Michael Cheika’s men.

That piece was ironically written during the season they won their first European title, a squad that finally found the steely edge to go with their immense talent. After overcoming Leicester Tigers in 2009, Cheika departed following a semi-final exit, but in came Joe Schmidt to build on the Australian’s excellence.

Under Schmidt, they proceeded to secure the Heineken Cup in 2011 and ’12 to make it three victories in four years for a side that had been criticised for their inability to perform on the biggest stage. The superb 42-14 triumph over Ulster completed a remarkable run of success as their influential head coach moved on to become Ireland boss a year later.

They had international quality throughout the squad and several experienced operators that had learned from their previous failings. When you combined that with the youngsters coming through in the shape of Cian Healy, Luke Fitzgerald, Jonathan Sexton, Rob Kearney and Sean O’Brien, who were all relatively green when they featured in the 2009 final, it was no surprise the province became so dominant.

Schmidt also created a style of play that was adaptable and ultimately made Leinster mightily difficult to stop. Up front, the team were powerful and skilful, with the backline quick, dextrous and intelligent. However, it was their ability to select settled line-ups in the big games which enabled the Irishmen to have continuity and confidence during that time.

In particular, the key midfield unit was incredibly efficient, with the wrap around move featuring Sexton and Brian O’Driscoll becoming synonymous with the team. The head coach was also renowned for his attention to detail in every facet and it ultimately took a very good performance from Toulouse to defeat the Dublin outfit in 2010.

That was their only real black mark in four seasons as Leinster rose to the top of the European game after 13 years of frustration in the tournament. Although a fallow period followed, they have retained the aura this squad gave them and duly secured the title once again in 2018.

Centres Brian O’Driscoll and Gordon D’Arcy had already established themselves as top European and international performers, but it was the new breed that took them to new heights.

Cian Healy, Sean O’Brien, Devin Toner and Jonathan Sexton began to show their quality during the 2009 win and they formed the spine of the side for the proceeding years.

They also signed intelligently from overseas. Rocky Elsom was incredible during their first Heineken Cup win while Nathan Hines and Brad Thorn had similarly impressive impacts in 2011 and ’12 respectively. Then there was Leinster legend Isa Nacewa, who was comfortably their best import. He could play in most positions across the backline and was just as important to the side than the likes of O’Driscoll and Sexton.

The impacts of captain Leo Cullen and Mike Ross can also not be discounted as they played vital roles in holding the set-piece together. While O’Brien and number eight Jamie Heaslip took the headlines with their work in the loose, lineout leader Cullen and sound scrummager Ross were just as vital to their cause.

Leinster’s come-from-behind triumph over Northampton Saints was a game for the ages as they emerged 33-22 victorious for their second Heineken Cup title, but their efforts in the final a year later was the team’s defining display of that era.

The Irish province were brilliant in 2009 and ’11 but there were a couple of stumbles along the way, while they were simply imperious during the 2012 campaign. The Dublin outfit went through the group stage undefeated, with a 16-16 draw against Montpellier their only ‘blemish’, before they dominated Cardiff Blues in the last-eight.

That set up a tough semi-final against Clermont Auvergne in France, but Schmidt’s men showed impressive control and resilience to deservedly edge the contest 19-15. As a result of that success Leinster faced Ulster in the showpiece event, an encounter they completely dominated.

The Belfast-based side had no answer to the brilliance of their opponents as Sexton ran the show in a comfortable 42-14 win. Brian McLaughlin’s men gave their all and were still just about in the game following Dan Tuohy’s try on the hour mark, but Leinster simply increased the intensity and put the match to bed via a pair of Sexton penalties and scores from Heinke van der Merwe and Sean Cronin.