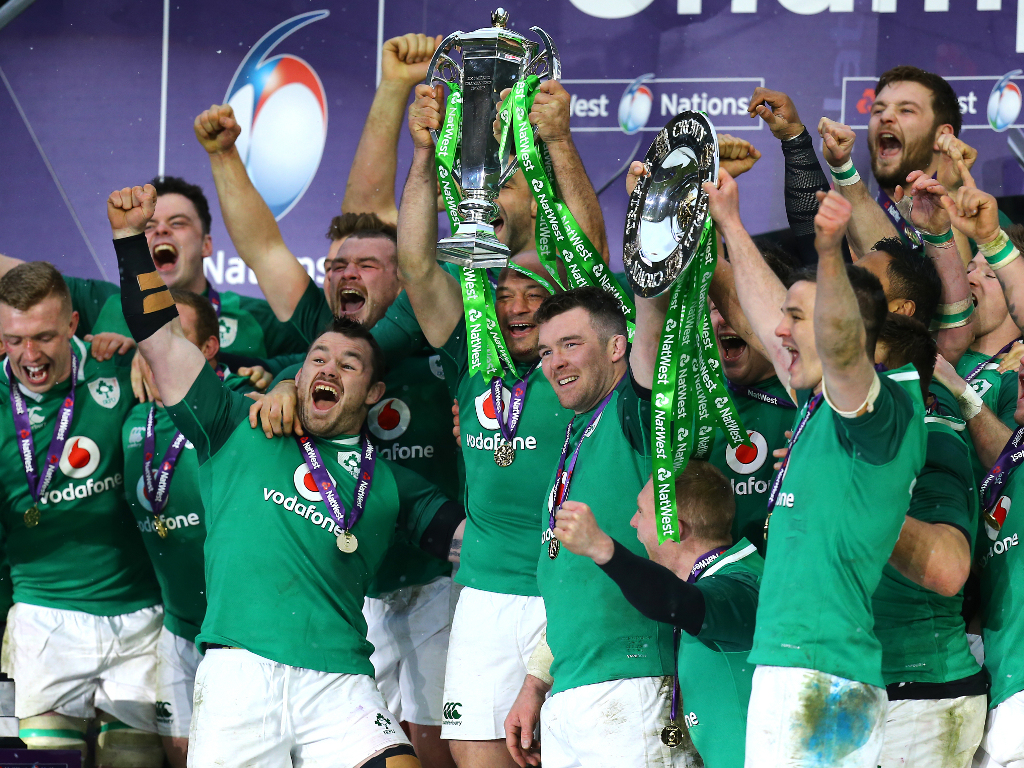 We take a look at the best ever teams to have graced the sport from years gone by and today we delve into the Ireland side that dominated in 2018.

For one year, the Emerald Isle were the best team in the world. A Grand Slam win followed by their outstanding triumph over number one side New Zealand in the November series, they were unstoppable in 2018.

It came to a crashing halt in 2019 as their World Cup campaign once again failed to ignite, but you could not fault them 12 months before. The men from the Emerald Isle suffered just one defeat when they succumbed to Australia in their mid-year tour, but the visitors hit back to take the three-Test series 2-1.

Those efforts encapsulated the spirit, quality and confidence they had throughout that year as Joe Schmidt’s men dominated the rugby world to win 11 of their 12 matches. Due to their disappointment in the global tournament and Schmidt’s departure, it turned out to be the high point of the New Zealander’s reign.

Much of the squad were stalwarts and played a key part in their successive Six Nations wins in 2013 and ’14 but a couple of the newer players, who matured during the 2018 season, helped them significantly during their outstanding year.

Experienced individuals also found their form and, with Schmidt’s well-known attention to detail, they became a very effective unit. Although their season was almost derailed immediately, when Teddy Thomas scored a try with eight minutes remaining to give France a 13-12 advantage in their Six Nations opener, the Irishmen showed their qualities to snatch the victory.

That resilience and ability to close out tight matches became a hallmark of the side. The players had tasted plenty of success on the international stage before and that no doubt helped when it came to the latter stages of the encounter in Paris.

From thereon, they went from strength-to-strength, beating Wales, Scotland, Italy and England comfortably to win the Six Nations, before coming from 1-0 down to emerge with a series victory over Australia in June. Then came the big one as they defeated defending world champions New Zealand for just their second success over the All Blacks.

Schmidt put together a very simple game plan but there were always little touches and intricate set-piece moves which regularly caught their opponents unawares. Up front, the skill sets of the forwards were impressive and it all came right to produce an outstanding year for Ireland.

It was primarily about those experienced individuals that had been around the squad for a while. Since the retirement of Ronan O’Gara, Johnny Sexton has been crucial to the squad and his presence was always a huge boost. Alongside Sexton was Conor Murray, whose box-kicking expertise helped them dominate field position.

Those two were the heartbeat of the side and took the pressure off everyone else when their kicking game was on point. That helped inspire the players in the engine room that did the hard work in the set-piece, from excellent tighthead Tadhg Furlong to the ubiquitous number eight CJ Stander.

Try! Ireland have a second at Twickenham and it's CJ Stander who gets it! pic.twitter.com/ZKrbHmUbRZ

Furlong and Stander ultimately epitomised what this Ireland side was about. Both got through plenty of hard work, with the back-rower’s carrying in the tight vital to how Ireland operated, but there were also moments of dexterity and that was shown by the number eight’s try against England.

Elsewhere, young second-row James Ryan had a stunning first full season in a green shirt, while wing Jacob Stockdale, who was also relatively new to the international stage, broke the try-scoring record in the Six Nations and after 14 Tests had already touched down 12 times.

They were led by experienced campaigner Rory Best, whose leadership qualities were vital during their wonderful 2018.

Ireland’s victory over France was huge in hindsight but the performance was pretty dire. Instead, all the work they had put in over the course of the year culminated in their thoroughly deserved triumph over defending world champions New Zealand. It was a game earmarked at the end of the Six Nations as Joe Schmidt’s men confirmed themselves as being the best side in Europe.

Ireland had made history back in 2016, claiming their first ever win over the All Blacks, but that was a slightly weakened side they faced in Chicago, with Steve Hansen choosing to leave out lock pairing Brodie Retallick and Sam Whitelock.

In 2018, however, they were fully-loaded. Having enjoyed another fine year, resulting in a Rugby Championship win and just one defeat – a narrow loss to South Africa – Hansen’s charges were in fine fettle heading to Dublin.

The match did not disappoint with the physicality off the chart from the beginning, but it was a contest that Ireland controlled. They were excellent throughout and prevented the visitors from creating too many clear cut opportunities.

It was initially all about the kicking of the respective fly-halves as Sexton’s trio of penalties edged Beauden Barrett’s two three-pointers as the European side took a 9-6 lead into the break. The game needed a moment of inspiration to settle the encounter and it came via Stockdale, who received the ball on the left after an intelligent set-piece move. Spotting space in behind the New Zealand defence, he kicked ahead and regathered to move the home team 10 points ahead.

That was enough for Ireland to seal a landmark win, despite Barrett’s penalty with 12 minutes remaining, as Schmidt’s men went away with their first ever home triumph over the All Blacks.