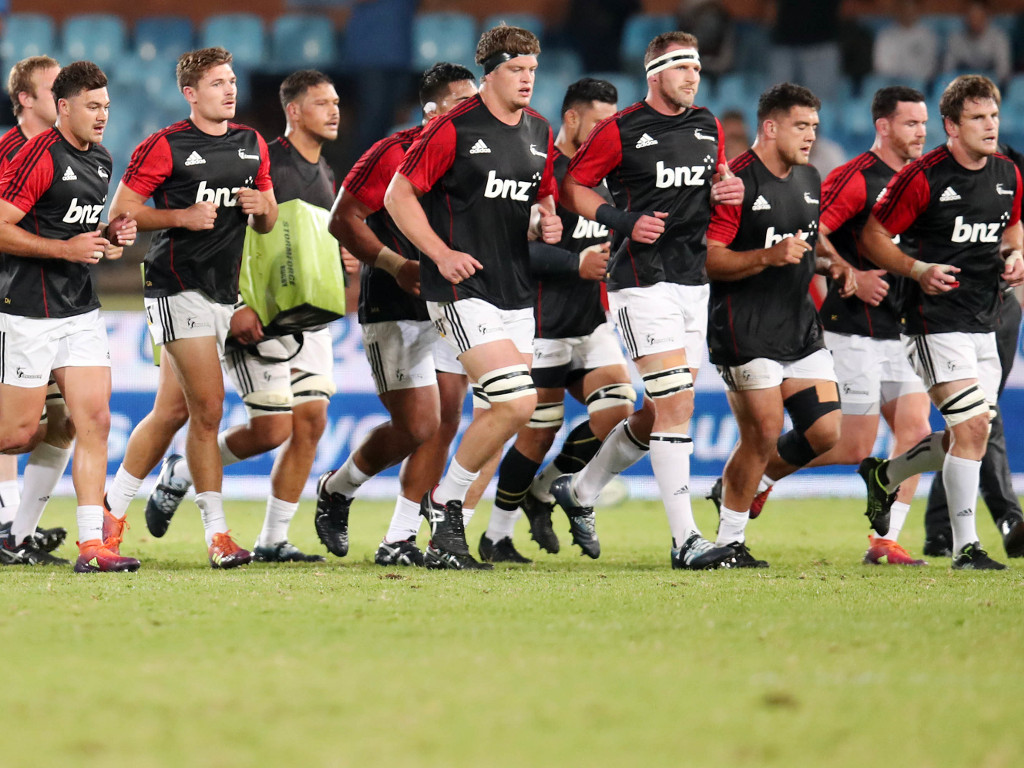 We take a look at the best ever teams to have graced the sport from years gone by and today we delve into the recent Crusaders side that have dominated Super Rugby.

Success is ingrained in the Crusaders set-up following their superb 10-year stint from 1998 to 2008, which yielded a remarkable seven titles, but a barren spell had people questioning whether they would ever re-find that excellence.

Two of the greats, Dan Carter and Richie McCaw, had departed and inexperienced head coach Scott Robertson was handed the reins ahead of the 2017 campaign. Robertson had enjoyed an impressive start to his off-field career with Canterbury and the New Zealand U20 side, but few predicted what was to follow as he transformed the franchise into a force once again.

Under the former back-row, they have won the trophy three times in a row, matching the feat set by the Crusaders team between 1998 and 2000. With a hugely talented side at his disposal, which is continually producing exciting young players, they have been unstoppable in the southern hemisphere competition. Despite losing several key individuals at the end of 2019, Robertson’s ability to refresh the squad has been impressive with their youngsters taking over the mantle, leading to their victory in Super Rugby Aotearoa.

It has not led to him becoming the All Blacks head honcho just yet, with Ian Foster instead getting the role after the World Cup, but that will only benefit the Christchurch-based outfit. The mix of an energetic young coach and a vibrant team, where many are still in their early 20s, it has clicked wonderfully since the start of 2017.

There was little doubt about the team’s talent but predecessor Todd Blackadder had struggled to mould it into a title-winning unit. Their quarter-final defeat in 2016 to the Lions was a very poor performance and they needed someone to shake up the franchise.

Robertson was just the right person for the job. Their Test-ready front-row provided an excellent platform while the head coach was slightly fortunate that young talents Scott Barrett, Richie Mo’unga and David Havili were a year older in 2017, but Robertson’s ability to create a culture and produce an effective game plan was entirely his doing.

With the side containing a pack that was the best in the competition and a backline that was supremely gifted, they were incredibly adaptable. As a result, few teams have come close to the Kiwis over the past few years, with the Christchurch outfit claiming three consecutive titles.

In ’17, the Crusaders lost just one match during the regular season but they were forced to play away in the showpiece event as the Lions, who remarkably did not face a New Zealand side until the semi-final, had a much easier schedule.

Johan Ackermann’s charges were an impressive team, however, and that first final proved to be a stern test of the visitors’ capabilities. A red card for the home side’s Kwagga Smith helped their cause significantly, but the South Africans would not go away, scoring two tries in the final quarter to reduce the arrears.

The Crusaders held on for a 25-17 triumph, though, and from that moment went from strength-to-strength, finishing top of the regular season table in both 2018 and ’19, and comfortably winning the final at AMI Stadium.

When you have a quality front five it is much easier to win games and that is where it all started for this squad. In Joe Moody, Codie Taylor and Owen Franks, they had players who formed the All Blacks front-row, while Sam Whitelock was one half of the greatest lock pairing in world rugby.

🤩 How good is to see Sam Whitelock ranging on the wing? Tune into @skysportnz to watch this pulsating final play out!#CRUvJAG 🔴🐆 pic.twitter.com/AYnKAOGnFx

Alongside him was the excellent Scott Barrett – a regular in Steve Hansen’s team whether at second-row or blindside – and their efficiency in both the loose and tight enabled regular front foot ball. That was where pivot Richie Mo’unga duly came into his own, with his running game a particular joy to watch.

Able to also kick for the corners and control the game expertly, facets which got him the nod over Beauden Barrett in the 2019 World Cup, Mo’unga was the complete fly-half. The young playmaker was helped out by centres Ryan Crotty and Jack Goodhue, who provided a solidity and creativity in midfield, while the back three was always explosive.

Seta Tamanivalu was often the spark in 2017 and ’18 but Havili and George Bridge were also hugely impressive. Bridge particularly came to prominence during their second title win and, following Tamanivalu’s departure, they found the outstanding Sevu Reece. Alongside Bridge and Havili, they had a wonderful balance in 2019, which ended in a third title in a row for the franchise.

Despite losing one more match during the regular season in 2018, this campaign was where the Crusaders were at their most dominant. Early defeats to the Hurricanes and Highlanders had cast doubt on the Christchurch outfit but that only served to inspire Robertson’s men.

They duly went on an outstanding run, winning the rest of their matches during the round-robin phase and going into the play-offs with confidence. The Sharks were the first to feel their wrath, going down 40-10 in the quarter-finals, before the last-four pitted the two powerhouses of New Zealand rugby against each other.

There was excitement aplenty over the clash between the ‘Saders and ‘Canes, with the visitors absolutely stacked with talent, especially behind the scrum, but it was a match completely controlled by the home team.

Although the encounter was finely poised at the end of the first quarter as Mo’unga and Julian Savea traded converted tries, Robertson’s charges began to dominate and were 25-7 ahead by the 45th minute mark.

Bridge and Havili both touched down before youngster Braydon Ennor wrapped up the victory late on to confirm their place in the final. It was the defining performance by this Crusaders side and showed that they were easily the best team in Super Rugby, which was rubberstamped as they thrashed the Lions 37-18 in the showpiece event.