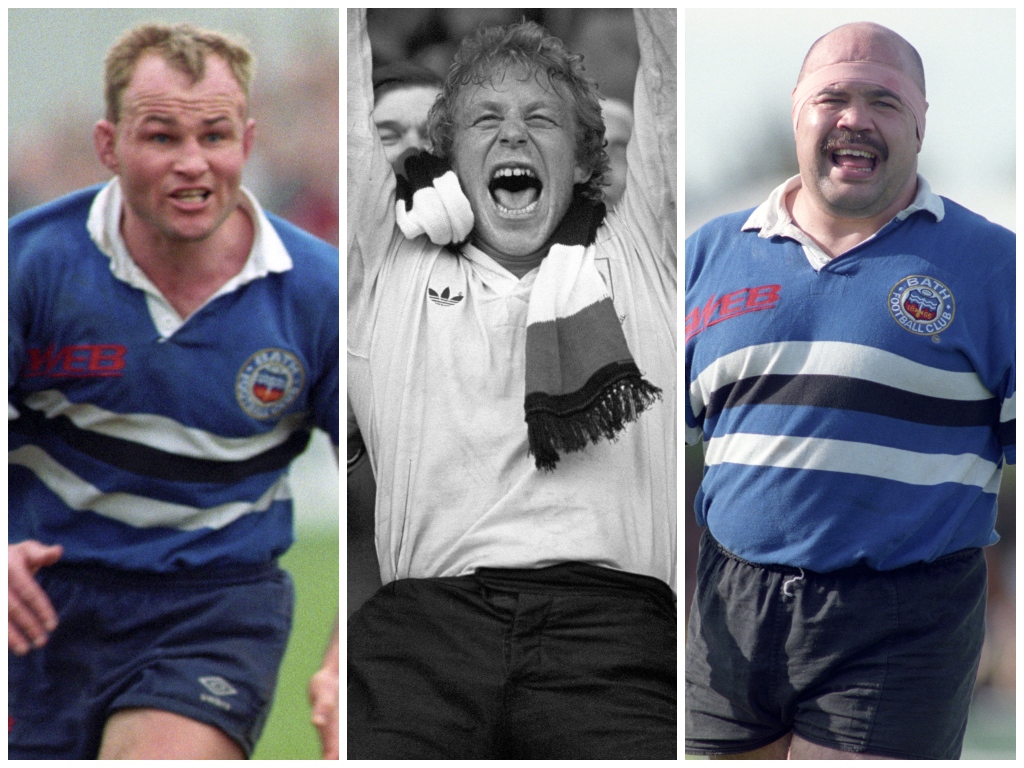 We take a look at the best ever teams to have graced the sport from years gone by and today we delve into the Bath side that dominated in England.

When the first League structures took place in England in 1987, it coincided with the real emergence of one of the game’s oldest clubs, Bath RFC (founded in 1865) as the powerhouse of the West Country, eclipsing their more illustrious rivals, Bristol and Gloucester.

By 1984, the first of ten knock-out cup successes had been achieved, at the expense of Bristol. Bath dominated the John Player Cup winning it four years on the trot, from 1984 to 1987. As the leagues emerged that same year, so Bath transferred their cup form into the newly formed national competition.

Statistics underline their dominance in those first ten seasons; six times champions, once runners-up and never out of the top four. It was a side engineered by head coach Jack Rowell, supported by top conditioning coach Dr Tom Hudson and one built upon simple values of hard-nosed, all-condition West Country rugby.

The key was sustainable talent; as an example, at one point Bath could select from back-row riches that included Andy Robinson, Paul Simpson, Hall, Roger Spurrell and Dave Egerton, all of whom were international quality players. It was the same in every position across the park, proving the depth and love of rugby in the area.

At the core of Bath’s vision was a level of training intensity, open team dialogue and sheer competition for places that paid dividends. As former England, Lions and Bath flanker Robinson explained to Planet Rugby: “We fought each other, we fought together.”

“We had guys that would hold each other to account and we had a depth of player talent that meant even the most established international players were under pressure for their place.”

Robinson went on to explain: “Our training sessions were brutal – fights would break out habitually and the team culture was equally daunting. A young player would be mentally and physically broken on the training paddock before we knew he was ready to be one of ‘us’. Players were encouraged to speak, to name names, to call out mistakes, and it was this teak-toughness forged together in the week that allowed us to be exceptional at the weekend.

1996: Bath beat Leicester in the Pilkington Cup Final in front of a record crowd at Twickenham. #ThrowbackThursday pic.twitter.com/Q9wOOe21aU

“Dave Robson’s tireless work in scouting for players was huge for us. He created the pathways into Devon, Dorset, Cornwall and Wiltshire that many followed to the Rec. Graham Dawe’s example (and five-hour round trip to training) set a precedent for Cornishmen to come to the club, opening up a rich seam of talent for Jack and the coaches to exploit. It was a rugby academy where only the best succeeded.”

Indeed, the wide talent pool also allowed Bath to play an all-court game. Put simply, they had firepower in every shirt and were able to adapt their game to suit opponents and conditions. The pace of the three-quarters, led by the great Guscott, could unlock the greatest of defences; the front-row, all internationals, was feared the length and breadth of the country, and at half-back, they fused pragmatism with flair, able to call upon four international options with pace, boot and physicality available to fit the game-plan.

These options allowed Bath the ability simply to ‘find a way’. They knew how to win, how to win ugly and how to win beautifully. It didn’t matter how, it just mattered that they won.

One player typified Bath throughout this period; the massive, brooding figure of 21-cap England flank John Hall. A flying back-row at 6’3″ and 18 stone with genuine pace until his first knee operation, Hall’s strength and power was light years ahead of his peers, so much so that in 1985, the All Blacks considered Hall as England’s best player on the tour Down Under. As Robinson said: “He’s the only man who would come anywhere close to challenging Saracens’ Richard Hill as the greatest blindside in English Rugby.” But for his continuous injury issues, Hall would have probably got 70 caps and it’s a mark of his reputation that the moment he became fit, he’d been fast-tracked back into the international team.

Props aren’t noted for their tactical nuance, but when Gareth Chilcott spoke, the whole of Bath listened. A key leader in the team ‘Coochie’ was the heartbeat of opinion and the barometer of commitment for the youngsters to aspire to. He was one of the loudest voices in the dressing room, fusing explosive displays on pitch with aggression and passion. Cut him in half and it said ‘Bath RFC’ in the middle of his body, exactly the same as the rock-hard lock behind him, the immensely physical British Lion Nigel Redman.

At half-back, Stuart Barnes and Richard J Hill orchestrated the Bath symphony. Barnes, the gifted Oxbridge playmaker with Hill fusing the best pass ever seen on an English scrum-half with the abrasion of an All Black flanker.

In the backs, the Prince of Centres, Jeremy Guscott was the arch-enabler for excellence, with gas galore either side of him in partnership with fellow England centre, Simon Halliday. Winger Tony Swift still holds virtually every try scoring record in English rugby, a Rolls-Royce of a three-quarter, able to beat men, keep the ball alive and consistently make decisions that helped those around him to succeed.

Gloucester were confident, UNTIL kick-off!

West Country rivalry doesn’t come in bigger doses than Bath versus Gloucester and it was these two sides that met in the 1990 Pilkington Cup Final.

Robinson takes up the story: “We had huge respect for Gloucester and we’d had some very close games against them during that period. They were similar to us, they scouted the same area as we did, but despite our huge rivalry we also realised they were a team of hard rugby talent. Brian Ashton had by then added real attacking ambition within the coaching team and it was one of those days everything clicked from the off and I think it was the biggest winning margin in the history of the Cup Final.”

Indeed, Bath ran riot that day, with Swift bagging a pair in an eight-try 48-6 romp in a performance that was, by the standard of the time, absolutely seismic. Bath’s forwards decimated a very able Cherry and White pack with four England internationals including ‘Iron’ Mike Teague. It could be argued that the sending off of John Gadd for stamping on Dave Egerton assisted Bath’s try-fest as they played against 14 for 23 minutes, but by then the damage was done and Gadd’s dismissal was one born of the frustrations of the beasting his respected pack took.

For the next eight years, Bath reigned supreme in English Rugby, winning four titles and capping off their period of dominance with their European Cup win in 1997/8.

In terms of club side, they were the benchmark for their era and it’s a mark of their impact that that team are still the bar of excellence that Bath RFC aspires to in the modern game.