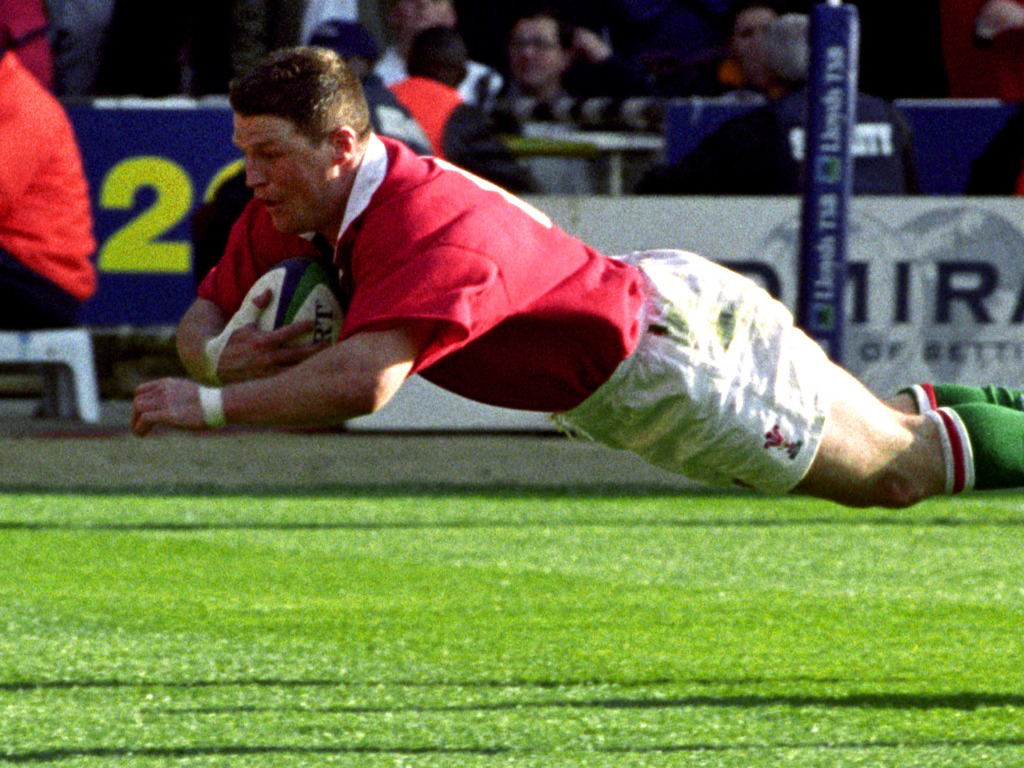 We take a look at the best ever games from years gone by and today head back to 1999 where Wales ended England’s Grand Slam dreams with an incredible 32-31 victory at Wembley.

It was the final Five Nations tournament before it became six following Italy’s induction and England were going for the Grand Slam. With Clive Woodward building a good squad looking towards the upcoming World Cup, expectations were high.

They had suffered several years of frustration since their previous unbeaten competition in 1995, having faltered in one of their matches in each of the following three seasons. In ’99, however, the Red Rose were well set to erase those memories as ‘all’ that stood in their way was a Wales side that had been in awful form the previous year.

Wins over France, Scotland and Ireland put them in a strong position and they had the benefit of playing the match in their own country. With the Millennium Stadium being built, Wales’ current ‘home’ was at Wembley – England’s national football ground – which offered Woodward’s men an ideal chance to secure a full house of victories.

The Welsh had a joker in the pack, though, and that came in the form of Graham Henry. The Welsh Rugby Union had spent big money to bring in the highly-regarded coach after losses to England (60-26), France (51-0) and South Africa (96-13) had dissipated all hope in ’98.

Henry’s impact was immediate, despite narrow defeats to Scotland and Ireland to open the 1999 Five Nations, and they remarkably overcame France in Paris – their first triumph in the French capital since 1975.

Wales were therefore a potential threat but most thought that the English would be too strong. They were powerful up front, had playmakers in the midfield and plenty of pace out wide, but the Red Rose would ultimately be dramatically denied in the latter stages.

One of Graham Henry’s primary tasks when taking over was to find individuals that, quite simply, could perform at Test level. He duly scoured his native New Zealand to discover eligible players and two that cropped up and supposedly met that criteria were Shane Howarth and Brett Sinkinson.

Howarth was a particular coup as he had already represented the All Blacks on four occasions. During that period, rules stipulated that players could feature for more than one country providing they qualified and the full-back’s grandfather, who was apparently Welsh-born, allowed him to turn out for Henry’s charges.

Of course, that later proved to be false with him and Sinkinson ineligible – later becoming known as ‘Grannygate’ – but it didn’t stop them from bringing pain upon the English.

Both impressed on that day with the back-rower, alongside number eight Scott Quinnell and fellow flanker Colin Charvis, countering the threat of ‘visiting’ trio Richard Hill, Neil Back and Lawrence Dallaglio.

That England combination was one of the best in Europe and would go on to become crucial to their World Cup win four years later, but they were matched by the Welsh on that occasion.

The front-row also played a crucial role for Henry’s charges. Loosehead Peter Rogers, who was another implicated in the ‘Grannygate’ controversy before later being cleared, enjoyed success against Darren Garforth, while Garin Jenkins and Ben Evans similarly impressed.

It meant they forced Woodward’s men into a number of infringements and great fly-half Neil Jenkins was always accurate off the tee. His six penalties kept them in the game against the more expansive Englishmen, who touched down three times via Steve Hanley – on his first and only cap – Hill and Dan Luger.

Those tries helped England into a 25-18 lead but Howarth crossed the whitewash to level matters. However, successive three-pointers from starlet Jonny Wilkinson appeared to have secured the Grand Slam for the favourites before Scott Gibbs’ famous intervention broke their opponents’ hearts.

An England v Wales clash always has an extra edge but this was a particularly special occasion. Woodward’s men were going for the Grand Slam at Wembley, a unique proposition, and as a result the game more than matched the spectacle.

The Welsh seem to raise the intensity against their old enemy and, versus a supposedly bigger pack of forwards, they did just that in April 1999. They controlled the scrum battle, put the Red Rose under pressure and earned penalties which Neil Jenkins kicked.

In many ways, it was a clash of styles and opposite to their stereotypes gleaned from years gone by. Under Woodward, the English expanded their game and played some excellent rugby, which resulted in three well-worked scores.

They also had a formidable pack with several now-legends of the sport making up the forward eight, but their opponents were evidently inspired by the opportunity to deny England the Grand Slam.

At one stage, it had appeared as though the ‘visitors’ had broken the spirits of Wales, but there was one final moment which ultimately defined the contest. In the last minute, Henry’s charges earned a lineout just outside the Red Rose 22 and they went off the top to outstanding scrum-half Rob Howley.

Howley then fed Scott Quinnell before the number eight passed to barnstorming centre Gibbs coming at pace. Gibbs duly took a line for the ages, scything through the English rearguard and then stepping two more defenders to touch down.

Jenkins still needed to convert but, for a kicker of his quality, it was relatively simple and Wales were dramatically 32-31 ahead. Although there was still time for Mike Catt to attempt a drop-goal, it was awry and Wales had denied their greatest rivals the much-coveted Grand Slam, as well as the title. With Scotland having a better points differential, they didn’t even have the consolation of the trophy, much to the delight of the Welsh supporters.