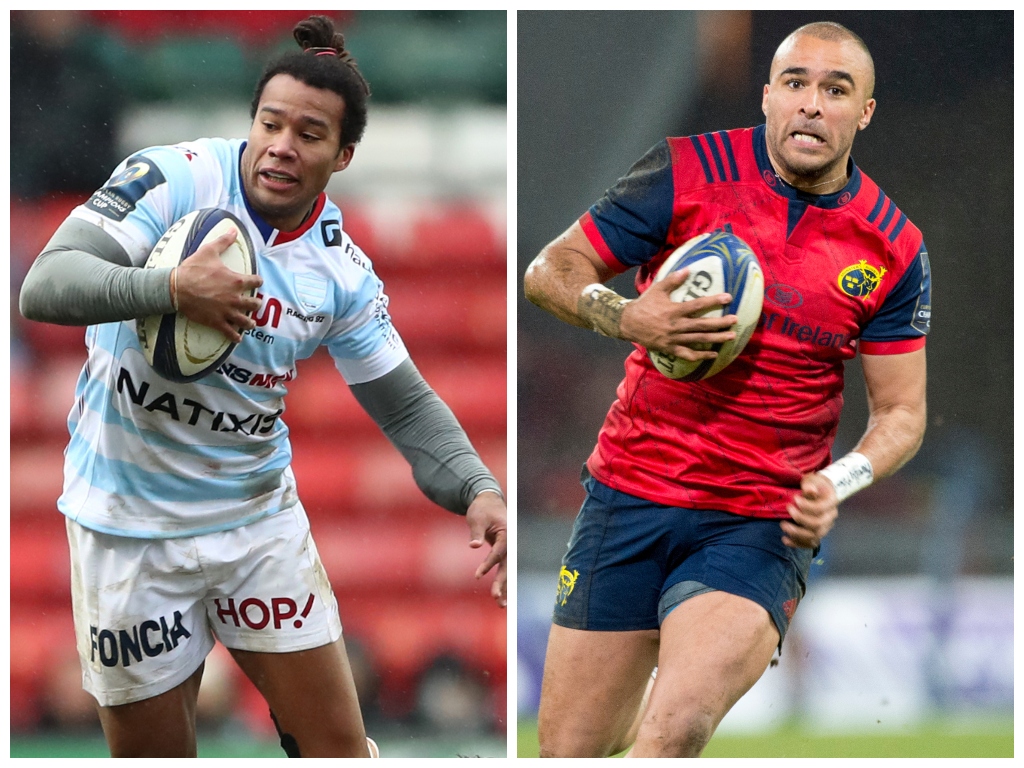 We take a look at the best ever games from years gone by and today head back to 2018 when Racing 92 secured their place in the Champions Cup final following a 27-22 triumph over Munster.

These two teams knew each other well during that campaign having gone head-to-head twice in the pool stages. In a difficult group, which also contained Castres and Leicester Tigers, it took a while for the contenders to be separated from the pretenders.

Following successive away defeats, including a 14-7 reversal in Limerick, the Parisians had plenty of work to do in the second half of the round-robin phase. They duly responded, claiming a dominant 29-7 triumph over Castres before overcoming the Irish province 34-30.

It left a crucial clash against Leicester and they started superbly, going 14-0 ahead via tries from Henry Chavancy and Maxime Machenaud, but they were pegged back via the boot of George Ford. Brendon O’Connor’s try, combined with five penalties from Ford, meant the sides were level with nine minutes remaining.

Step up Machenaud, who slotted a three-pointer in the latter stages to secure second place for Racing. They would finish behind an impressive Munster in Pool 4, but it provided them with the momentum the team needed, both domestically and in Europe.

The men from the French capital found their rhythm in the second half of the season and they would end up just behind Montpellier in the Top 14 standings. As a result, they went into the quarter-final in fine form.

Despite having to face Clermont Auvergne at the hostile Marcel Michelin, they were in confident mood and ended up claiming a superb 28-17 victory. All Blacks legend Dan Carter came onto the field to inspire his team-mates as quickfire scores from Marc Andreu and Boris Palu decided the contest.

Racing duly went into the semi-final as favourites but they knew Munster would present a stern challenge. As ever, the Irishmen were at their best in Europe, qualifying for the last four by edging past a star-studded Toulon thanks to Andrew Conway’s stunning individual effort.

They were also going fairly well in the PRO14, displaying both the squad’s depth and quality to reach the semi-finals, and it set up an intriguing tie at the Stade Chaban-Delmas in Bordeaux.

It was very much the Teddy Thomas show. In many ways, the France international has not reached his potential, with the flying wing only accruing 19 caps since making his debut back in 2014.

A mixture of injuries, intermittent form and off-field problems – he was dropped for ‘inappropriate behaviour’ during the 2018 Six Nations – means that he has never really cemented his place at international level.

Les Bleus’ loss was Racing’s gain, however, as just two months after that incident in Edinburgh, which saw head coach Jacques Brunel axe Thomas from the French squad, he was ripping Munster apart in a Champions Cup semi-final.

Under the two Laurents, Travers and Labit, they have played an up tempo, attacking style, suiting the qualities of their stunning backline.

The Irish province were unable to cope as Thomas touched down for the first try, latching on to Virimi Vakatawa’s pass, before those two combined for the second. Once again, the brilliant Vakatawa was the architect with a superb break and he found his fellow outside back to finish off.

Johann van Graan’s men were overwhelmed by the Top 14 outfit and their pain continued when Maxime Machenaud joined the party. However, it was primarily down to Thomas, who weaved his way across the line and was set to score his hat-trick, but instead he generously passed it on for the scrum-half to touch down.

Teddy Thomas has been unplayable thus far… Two tries, it would have been a hat-trick if he didn't gift this score to a teammate 🤔

Munster have a mountain to climb… pic.twitter.com/EPAVr8dQvB

At 24-3 ahead after 25 minutes, it was rather ominous for the Irishmen but they displayed that Munster spirit and edged their way back into the contest. Still, it took until the final quarter for the Limerick-based side to register their first try when Simon Zebo went over.

Zebo was surprisingly benched ahead of the contest and showed why that was a mistake as he came on to change the course of the game. His impact inspired his team-mates and hooker Rhys Marshall reduced the arrears further before Andrew Conway scored in the latter stages.

Ultimately, they left it too late as Racing moved into the showpiece event, with the performances of Thomas, Vakatawa and Yannick Nyanga, who rolled back the years with a stunning display, proving too much for Van Graan’s charges.

Semi-finals tended to be tighter affairs but rugby, especially in Europe, has developed over the years and these two both looked to move the ball wide. It was particularly profitable for Racing in the opening half-hour, who benefited from their threat in the outside channels with Thomas and Vakatawa.

Back came Munster, however, where they showed similar ambition to take play through the phases. It very nearly paid off, with the Frenchmen getting more and more nervous as Van Graan’s side got on the front foot, but it wasn’t to be for the Limerick outfit.

They were duly undone by the efforts of Thomas, whose individual performance was one of the greatest you will see in a European knockout stage. The same could be said of Vakatawa and those two dovetailed superbly to rip their opponents apart in the first half.

There was also the Dan Carter factor. The New Zealand great had never won Europe’s top prize but had helped Racing to the Top 14 title in 2016, which added to the plethora of medals he had won with the Crusaders and All Blacks.

In 2018, at the age of 36, Carter was unsurprisingly not at his best, with injuries also hampering the fly-half, but he had made a huge impact off the bench in the quarter-final. The pivot wasn’t really required in Bordeaux but this result brought him closer to winning the continent’s biggest competition. However, it was not to be for the legendary playmaker as a troublesome hamstring ruled him out of the showpiece event, where Leinster edged past the Parisians 15-12 in Bilbao.