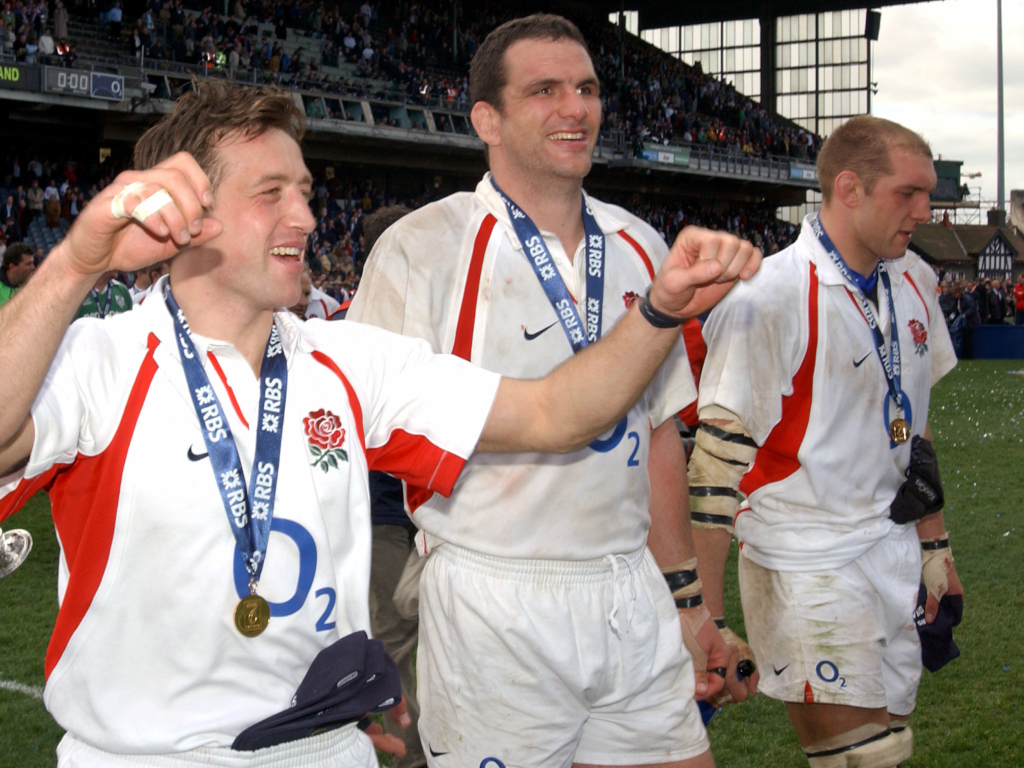 We take a look at the best ever games from years gone by and today head back to 2003 when England overcame Ireland to win the Grand Slam after years of just missing out.

Frustration followed disappointment for England as Grand Slam opportunities passed them by year after year. Dating back to 1996 – a season after they last went through the tournament unbeaten – they were consistently denied by a single defeat.

France was their nemesis on the most occasions but losses to Wales (1999), Scotland (2000) and Ireland (2001) hurt the most. At the time, the Red Rose were the best team in Europe but they could not quite claim the ultimate prize.

In ’02, it was Les Bleus who upset Clive Woodward’s men and went through the competition unbeaten, overcoming the Englishmen 20-15 in Paris for the decisive result.

England were hurting, despite regularly beating the top southern hemisphere nations and putting themselves in positions to win Grand Slams. It was the odd performance which proved to be their pitfall under Woodward, but 2003 – a World Cup year – offered them the chance to lay down a marker.

The first game was their toughest – an opener against the French – but Will Greenwood and Jason Robinson inspired the Red Rose to a crucial win. Wales, Italy and Scotland were then dispatched easily enough, leaving Ireland as the only nation left to conquer.

On paper, they were comfortably better than the Emerald Isle but that was also the case in 2001 when Warren Gatland’s men triumphed 20-14 in a match delayed until October because of the foot and mouth outbreak.

There was no freak off-field issue to halt their momentum in 2003, however, with Woodward’s charges sensing their opportunity to finally eradicate years of hurt. There was a steely determination and a belligerence about this experienced group, which was demonstrated before kick-off when captain Martin Johnson refused to move after taking his team to Ireland’s side for the anthems.

It all started with skipper Johnson, who set the tone for the afternoon by upsetting the hosts and disrespecting the President of Ireland, Mary McAleese, who was forced to walk on the grass instead of the red carpet to meet the Irish team.

That rather irked a fired-up home side and they opened the game strongly, putting the English under pressure and keeping the score tight. Only Lawrence Dallaglio’s try separated the teams at the break with David Humphreys and Jonny Wilkinson trading a pair of three-pointers apiece in the first half.

The match was still in the balance but the visitors, who had yet to produce an 80-minute performance in the championship, showed their true quality in the second period.

In a team filled with experience and ability, they all came to the fore with creative centre Will Greenwood feeding powerhouse carrier Mike Tindall for their second, and ultimately decisive, score.

From thereon in, Ireland had to chase the game and it was an opportunity Woodward’s men didn’t pass up. The hosts began to make a series of errors and Greenwood’s try made sure of the Grand Slam for the Red Rose going into the latter stages.

After years of disappointment, they could now enjoy themselves and the Twickenham-based outfit finished with a flourish as Jason Robinson, Wilkinson, Jason Leonard and Josh Lewsey combined to send Dan Luger over for a 42-6 win.

For England, it was just reward for a squad that had challenged the southern hemisphere ‘big three’ for supremacy in the rugby world. The side that competed between 2001 and 2003 was one of the great Test teams, yet they hadn’t won the biggest prize in Europe.

Although they claimed the Six Nations title in ’01 and regularly beat the best in the world, including a 31-28 triumph over New Zealand in the ’02 November series, a Grand Slam had so far eluded them.

Part of that was misfortune, given the interrupted campaign in ’01, and part of that was their own inadequacies, but credit must also go to Wales and Scotland, who raised their games in ’99 and ’00.

However, Woodward’s reign would have felt incomplete had they not secured that elusive honour of winning every match in a single tournament. Such was their talent and experience, they needed to justify it with something tangible and the whole ’03 season rather completed their journey.

The performance against Ireland was also emphatic. While they hadn’t been at their best during that campaign, they saved the best till last by completely dismantling the hosts and setting themselves up nicely for a tilt at the World Cup title later in the year.

That display, and the following tour to the southern hemisphere, was England at their peak – an era of success the country has yet to really recapture.