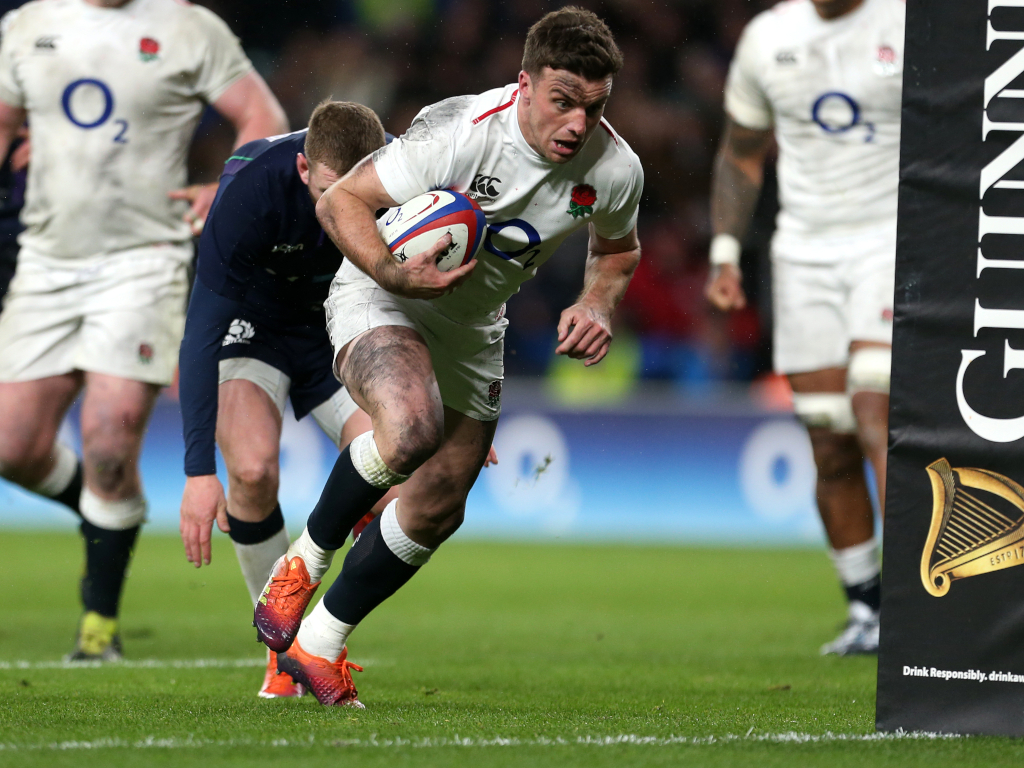 We take a look at the best ever games from years gone by and today head back to 2019 where England and Scotland played out a remarkable draw in the Six Nations.

Scotland had endured an inauspicious campaign, despite opening the competition with a comfortable victory over Italy. Hopes were high for a positive tournament, particularly following that triumph, but successive defeats to Ireland, France and Wales left them desolate.

They headed to London low on confidence, facing an England side that were playing well, even though their loss to Wales ultimately ended their title ambitions. Dominant victories over Ireland, France and Italy hinted at a side that were building nicely ahead of the World Cup later in the year and another comfortable evening was expected to follow in the final round.

The Scots had not emerged victorious at Twickenham since 1983 while the Auld Enemy had won eight of their previous 10 encounters. A positive for Gregor Townsend’s men came in the 2018 contest when they produced an outstanding display to overcome their rivals for the first time in a decade.

That 25-13 success was a rare bright spot for the Celtic outfit in the England-Scotland rivalry, however, and normal service was supposed to resume in the 2019 contest.

Eddie Jones’ men have consistently shown elements of fallibility during his tenure but they had momentum and were playing some excellent rugby. While the Welsh loss was a setback, it was a just a small blip in an otherwise productive campaign for the Red Rose.

With Billy Vunipola and Manu Tuilagi fit and firing, there was a nice balance to the squad. The forwards were powerful in both the set-piece and the loose, while behind the scrum the physicality of Tuilagi combined superbly with the playmaking talents of Owen Farrell, Henry Slade and Elliot Daly. That, on paper, should have been too much for the visitors, but the Scots had a great response after a torrid first half.

There was little to write home about from a Scottish perspective in the first half as England dominated proceedings. Gregor Townsend’s charges were shell-shocked by the pace and power of the hosts as the Red Rose touched down four times in the opening period.

Several individuals impressed for Eddie Jones’ men before the break as they once again made a quick start to the game. Centre Henry Slade particularly enjoyed the space afforded to him by a slack Scottish defence and duly found Jack Nowell for the opening try.

Slade also set up Jonny May’s score with a superb back-of-the-hand pass as they went into the interval 31-0 in front. There were excellent displays by props Ellis Genge and Kyle Sinckler, who combined nicely for Joe Launchbury’s score, and the outstanding Tom Curry.

It goes without saying that the game should have been over, but Scotland somehow mustered an incredible comeback. Stuart McInally’s stunning effort gave them the faintest chance going into the second period but the half-time discussion seemed to revitalise the visitors.

Inspired by maverick fly-half Finn Russell, who was simply majestic, the Scots were a changed team in the second period. Aided by an English side that had thought the match was won, Townsend’s team played some wonderful rugby and stunned the Twickenham crowd.

Quickfire scores from Darcy Graham, who crossed the whitewash twice, and Magnus Bradbury suddenly reduced the deficit to 31-24. It was a magnificent response that got even better minutes later when Russell intercepted Owen Farrell’s pass to scamper clear and level matters.

It summed up a pretty torrid half-an-hour for England’s star playmaker, whose earlier mistake had led to McInally’s try, and it was to get worse for the captain and his team-mates when Russell’s superb pass sent Sam Johnson through a gap. The centre had plenty of work to do but he finished brilliantly and all of a sudden a historic triumph was in the offing.

As it often is with Scotland, though, that never transpired and England hit back in the final minute when George Ford rescued a draw for the Red Rose following Genge’s well-timed pass.

This was the most bonkers Six Nations game you will see. From England coasting to Scotland’s incredible response, in the end neither team went home particularly happy, despite the two partaking in one of the great encounters in recent memory.

Some of the rugby featured was excellent, although both defence coaches will have their qualms, and as a result the match will be remembered for years to come.

It is worth noting that it was a dead rubber after Wales sealed the Grand Slam earlier on ‘Super Saturday,’ ending the Red Rose’s chances of claiming the title, but that perhaps led to this wonderful contest.

The hosts relaxed and played a free-flowing attacking style, but that also contributed to their downfall. When they eased off too much, the Scots responded and Eddie Jones’ men were unable to regain the intensity they had in the first half.

Instead, the Englishmen became shackled and the visitors were the ones who dominated. That was until they saw history in their sights with seconds remaining and started to play within themselves, allowing the home team to get back on the front foot.

With the hosts pressing and Scotland conceding penalties at will, it seemed inevitable that it would end in a draw and that came to pass when Ford scampered over for a converted try as the encounter ended 38-38.