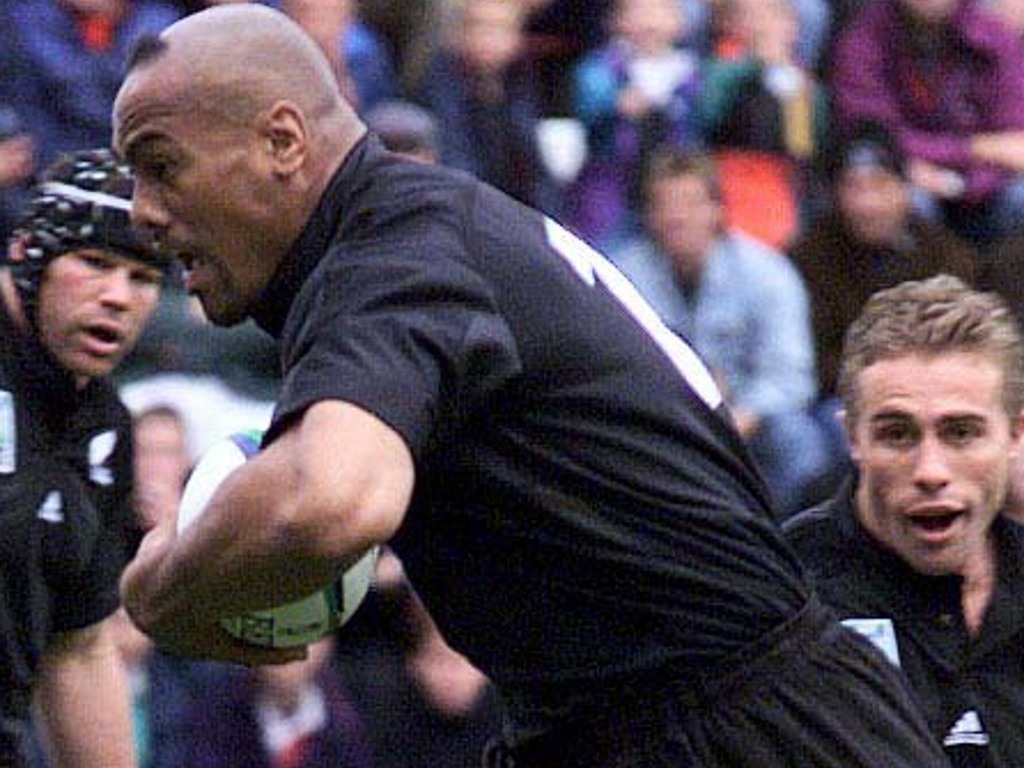 We take a look at the best ever games from years gone by and today head back to 2000 when New Zealand beat Australia 39-34 in a thriller in Sydney.

109,874 tickets were sold for this Test at Stadium Australia which meant the fixture would be played in front of the biggest crowd ever in attendance at a Rugby Union match.

There was plenty of interest ahead of this encounter as the Wallabies came into the match on a high after being crowned Rugby World Cup champions in Wales the previous year.

Furthermore, they were on an 11-match winning streak under the guidance of head coach Rod MacQueen, and were favourites to win this Test after starting off the year with back-to-back home victories against Argentina before beating South Africa in Melbourne.

This clash against the All Blacks was the Tri-Nations’ opener, however, and with the Bledisloe Cup also at stake, there was lots of hype around it.

Wayne Smith had taken over as head coach of New Zealand, after they were knocked out of the 1999 World Cup in the semi-finals by France, and they were quietly confident of ending the Wallabies’ winning run after notching one-sided wins over Tonga and in a Two-Test series against Scotland.

Both sides had numerous outstanding players in their ranks and several of them can be considered as amongst the best players ever to run out for their respective countries.

The core of the Wallabies’ starting line-up consisted of players who helped them lift the Webb Ellis Cup in 1999 and they had nine players in their starting line-up, who were also in their run-on side in the World Cup final.

They were captained by legendary lock John Eales, who formed a second-row partnership with David Giffin while experienced openside flanker David Wilson was also starting in this game and he would do well in recycling possession along with Jim Williams (number eight).

The Wallabies’ onslaught was led by their backs with Stirling Mortlock at the forefront of that challenge on the right wing while the legendary half-back combination of George Gregan and Stephen Larkham would also be crucial to the cause.

They were joined by an exciting midfield combination comprising of Pita Alatini and Alama Ieremia, with Alatani making his mark with a memorable display as the side’s chief playmaker, especially during the early stages when the All Blacks were in a rampant mood.

Up front, New Zealand had a solid foundation with props Kees Meeuws and Carl Hoeft joined by Anton Oliver (hooker) in a hard-nosed front-row. Todd Blackadder skippered the side from the second-row while Blackadder’s predecessor as captain, Taine Randell, would also play an influential role from the blindside flank. 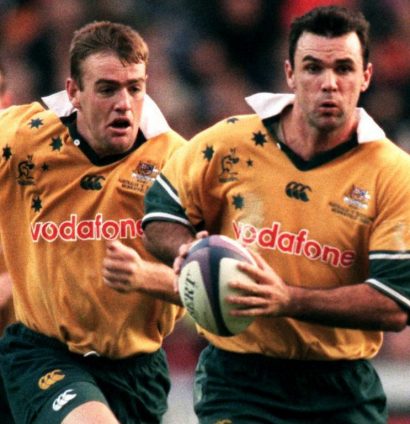 This match will be remembered for many years to come as it was played at a frenetic pace from the kick off and was drama-filled with plenty of end-to-end action for the full 80 minutes.

Momentum between the sides ebbed and flowed throughout with the All Blacks rushing out of the blocks early on and they were up 21-0 after just five minutes courtesy of tries from Umaga, Alatini and Cullen, with Mehrtens adding three conversions.

A Mehrtens penalty in the ninth minute increased their lead to 24-0 and the Wallabies seemed shell-shocked by the intensity and precision of their trans-Tasman rivals’ attacks.

The home side came back strongly, however, and struck back with two tries from Mortlock. He converted one but despite trailing on the scoreboard, the tide had swung and the Wallabies controlled proceedings during the rest of the half. They were rewarded with tries from Roff and Latham which meant the sides were deadlocked at 24-24 at half-time.

A Mortlock penalty early in the second half gave Australia the lead for the first time before New Zealand replied with a try from Marshall in the 48th minute.

The frantic nature of the game continued although further penalties from Mehrtens and Mortlock meant the All Blacks were holding a slender 34-30 lead by the 65th minute.

The Wallabies responded with a try from Jeremy Paul in the right-hand corner in the 73rd minute but the All Blacks would have the last laugh when Randell did brilliantly to offload to Lomu on Australia’s 22-metre line in the game’s dying moments.

The behemoth flyer held his composure and rounded Larkham and Gregan before scoring the game-clinching try in an epic encounter.