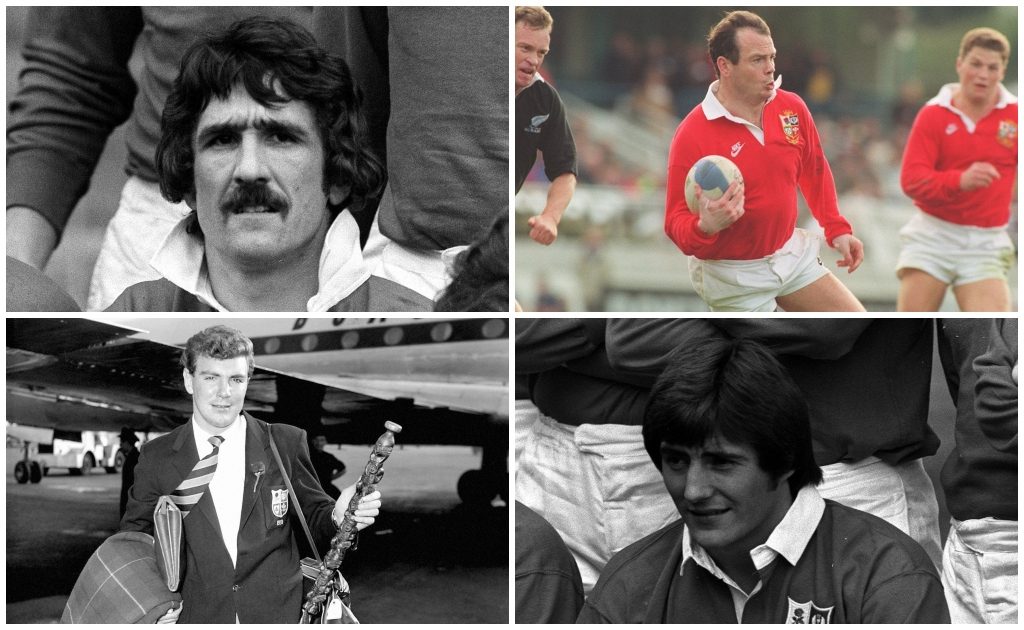 With something like 120 years worth of players to choose from, it’s been a tough task but here we go with right wing.

Wales great Gerald Davies made his international debut in December 1966 against Australia in Cardiff, playing in the centre during his early career.

He was switched to the wing by Welsh coach Clive Rowlands during their 1969 tour of Australia and New Zealand, and his famous side-step and rapid acceleration led to him dominating the Wales wing for the remainder of his career.

Davies was a British and Irish Lion in 1968 and 1971, one of a raft of Welsh players alongside Barry John, Gareth Edwards and JPR Williams to enter into the folklore of both the Lions and Wales.

Greatest Lions moment: With the 1971 Lions series in New Zealand deadlocked at 1-1, it was Davies who scored the deciding try in the third Test in Wellington, sneaking over from a lineout move on the right to secure the Lions’ only series win in the land of the long white cloud. He scored three tries in that memorable series.

The flying wing from Llanelli and Bath was a Lions ever present between 1989 and 1997, completing three tours, with two series wins.

Among his most memorable moments were scoring the decisive series-winning try in the third Lions Test against Australia in 1989 and his four tries during the 1993 tour to New Zealand, which made him the Lions’ top try-scorer.

Only injury in 1997 prevented him becoming an ever-present in Tests on his tours but he left an indelible mark on every series he played in.

Greatest Lions moment: Who can forget David Campese’s moment of madness on the try line in the third Test in Sydney 1989? With only a clearing kick to make, Campo instead decided to run the ball from under his posts. The resulting pass missed Wallaby full-back Greg Martin, allowing Evans to touch down and give the Lions the lead to take the match 19-18.

Andy Irvine, predominantly a leggy running full-back for Scotland, was included in the British & Irish Lions squad for the tour of South Africa where he forced his way into the side for the third Test on the right wing, where he contributed two penalties and a conversion during a commanding 26-9 victory.

He retained his placed in the starting line-up for the final clash, a 13-13 draw in Johannesburg, bagging a try and a penalty to ensure the Lions went undefeated. He ended the tour with 156 points to his name, which was a record tally for a Lion in South Africa.

Irvine proved just as prolific in New Zealand in 1977, winning in Christchurch but was not considered for the 1980 trip of South Africa because of injury. However, was drafted in as a replacement following a spate of withdrawals during the tour and ended up featuring in three Tests, the last of which he notched a try in a face-saving win in Pretoria.

In truth, we could have selected Irvine at 15 or 14, but it was the 1974 tour in which he cemented his place in Lions history on the right wing.

Greatest Lions moment: The Invincibles of 1974 can thank Irvine for many things, but his seven point contribution in the fourth Test at Ellis Park ensured that they remained unbeaten on tour, as they drew 13-13.

O’Reilly toured twice with the British Lions, on their 1955 tour to South Africa and their 1959 tour to Australia and New Zealand. He also played in all four Tests against South Africa, making his debut on the right wing at Ellis Park on 6 August. He scored a try in the Lions 23–22 victory and he scored another in the fourth Test of the same series.

On the 1959 tour he played a further 23 games and scored 22 tries. He played in all six Tests, two against Australia and four against New Zealand, scoring tries in the wins against the Wallabies and in the first and fourth Tests against the All Blacks. His total of 38 tries for the Lions on two tours remains a record and he is the leading test try-scorer of all time with six.

Greatest Lions moment: Test wins in Auckland are the rarest of commodities and it was O’Reilly’s 48th minute effort in the fourth Test that will always define his career.

It’s almost unthinkable to leave out the sidestepping brilliance of Gerald Davies or the leggy pace of Andy Irvine, but we cannot ignore the leading try-scorer in Lions Test history. Our greatest Lions right winger is Tony O’Reilly.