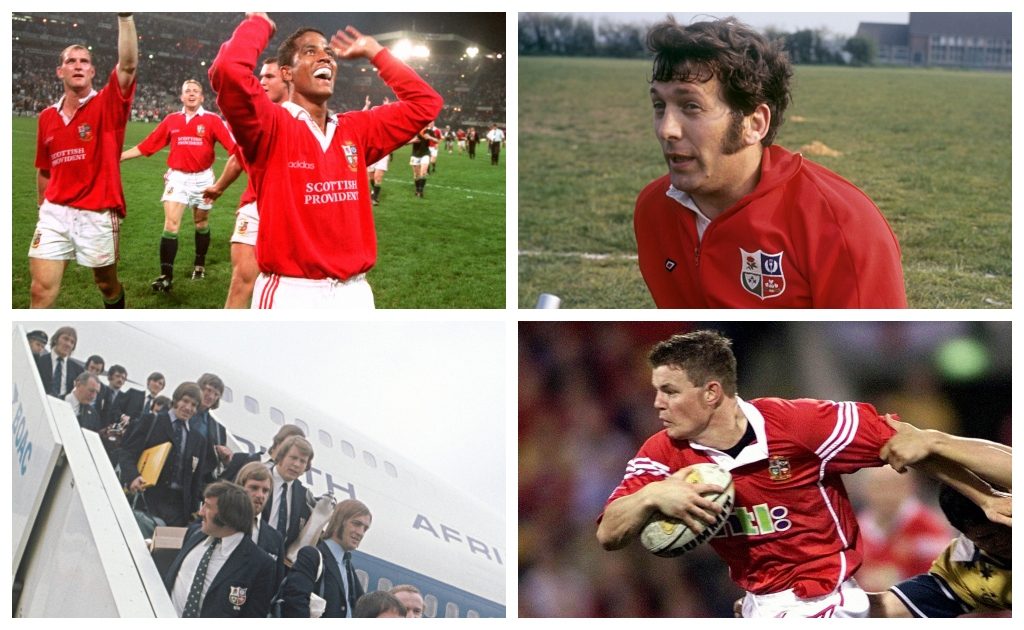 With something like 120 years worth of players to choose from, it’s been a tough task but here we go with outside centre.

In 1971, Dawes was appointed captain of the British and Irish Lions side for the tour to New Zealand. This side, coached by Carwyn James, became the first and so far the only Lions team to win a series in New Zealand. Dawes is also one of only five captains to lead his side to a Test series win on New Zealand soil.

As both player and coach, Dawes, a quick-thinking centre with even quicker feet, brought unprecedented success to Lions and Welsh rugby and marshalled arguably the finest backline in rugby history on the 1971 British and Irish Lions tour of New Zealand.

Dawes was also selected as coach for the Lions’ 1977 tour of New Zealand, but he was unable to repeat his feats as a player and win the series.

Greatest Lions moment: Without question, his leadership on the Lions tour, and in particular, his leadership and creativity in the centre that set up tries for Gerald Davies and Barry John in the third Test at Wellington.

Hailed as “The Prince of Centres” by former England coach Sir Clive Woodward, Guscott made his international debut against Romania in 1989 and racked up a hat-trick during a 58-3 win. Guscott’s star continued to rise as he was called out to the 1989 Lions tour to Australia, slotting into the side for the second and third Tests as they claimed the series, with Guscott absolutely instrumental in winning the second Test.

An outside centre that often wore 12 due to superstition, he enjoyed further success in 1993, when his brilliant defence in the 13 channel was instrumental in the Lions win versus New Zealand in Wellington.

Very few modern Lions have a win percentage or personal contribution record to match that of Guscott. His Lions centre partnership with Scott Gibbs is the stuff of legend, the directness of the Welshman contrasting well with the pace and running of Guscott. In his eight Lions Tests, the England centre has won five times and has enjoyed success on every major tour he’s been on.

There is no doubt that Guscott is one of the greatest Lions and joins an incredibly elite group of players that has won in every major country that the Lions have toured.

Greatest Lions moment: There’s many in such an illustrious career but he underlined his immense contribution to the Lions in South Africa 1997 when he hit the series-winning points with a brilliant drop goal in the Durban heat in the second half.

In 1974, star names such as Sir Gareth Edwards, Phil Bennett and Willie John McBride may have grabbed the headlines but centre Milliken played a crucial role on the only unbeaten Lions tour to date.

Arguably the most-improved player on tour, Milliken played in all four internationals against the Springboks, as well as nine other matches on tour.

Milliken played alongside Sir Ian McGeechan in all four internationals in South Africa, scoring a superb try in the second of those Tests. That late effort by Milliken in Pretoria handed the Lions a 28-9 win – their biggest Test victory to date.

Milliken’s name may not be the first to spring to mind when recalling the glories of the 1974 tour but, among a backline that also included legendary figures such as Andy Irvine and JPR Williams, his contribution should not be forgotten.

Greatest Lions moment: The second Test win in Pretoria 1974 was a massive statement for the British and Irish Lions and Milliken was the star man, scoring one and setting up two for his flying wing, JJ Williams.

Selected for the 2001 tour of Australia and thrust straight into the No.13 shirt, the youngster scored a superb individual try to help the tourists to a 29-13 victory in the first Test. The Wallabies would come back to win the series 2-1 but O’Driscoll started each and every Test and the world could see a star in the making.

Fast forward four years and the British & Irish Lions’ tour of New Zealand brought with it mixed emotions for a 26-year-old O’Driscoll. Having been named tour captain, the Irishman was struck down with a shoulder injury in the opening minutes of the first Test against the All Blacks, when Keven Mealamu and Tana Umaga illegally cleaned out the Lions skipper in an act of horrendous thuggery.

However, his Lions love affair would go on in 2009, when O’Driscoll captained the tourists for the opening Test with South Africa and producing an impressive performance in defeat Alas, a head injury sustained in the second Test forced him to sit out of the series finale, watching on as the Lions clinched a consolation victory in Johannesburg.

Once again named in the 2013 Australia touring party, he become only the third player in Lions history to take part in four tours, where, after featuring in three unsuccessful tours, two of which were marred by injury, O’Driscoll experienced the sweet taste of a victorious Test series in red in a Lions career that could accurately be described as bitter-sweet.

Greatest Lions moment: It might have been his first outing, but it still remains his best – who can ever forget the crowd singing Waltzing O’Driscoll as the youngster scooted over in Brisbane as the Lions won the first Test of 2001.

This is the hardest one of all and we know that we’ll upset many. However, in the final analysis, the tough choice boils down to two players – Guscott and O’Driscoll. When you examine their on-field Test contributions, looking also at Guscott’s incredible win record of 63% versus O’Driscoll’s much lesser success rate of 25%, and then you take into account the fact that Guscott was personally instrumental in two series wins (plus a triumph versus New Zealand in Wellington 1993), then you can see that, without denuding BOD’s massive contribution to Lions folklore, there can only be one selection on the pitch. We, (just like Sir Ian McGeechan for the official Lions site), are naming the mercurial Jeremy Guscott as our greatest Lions outside centre.