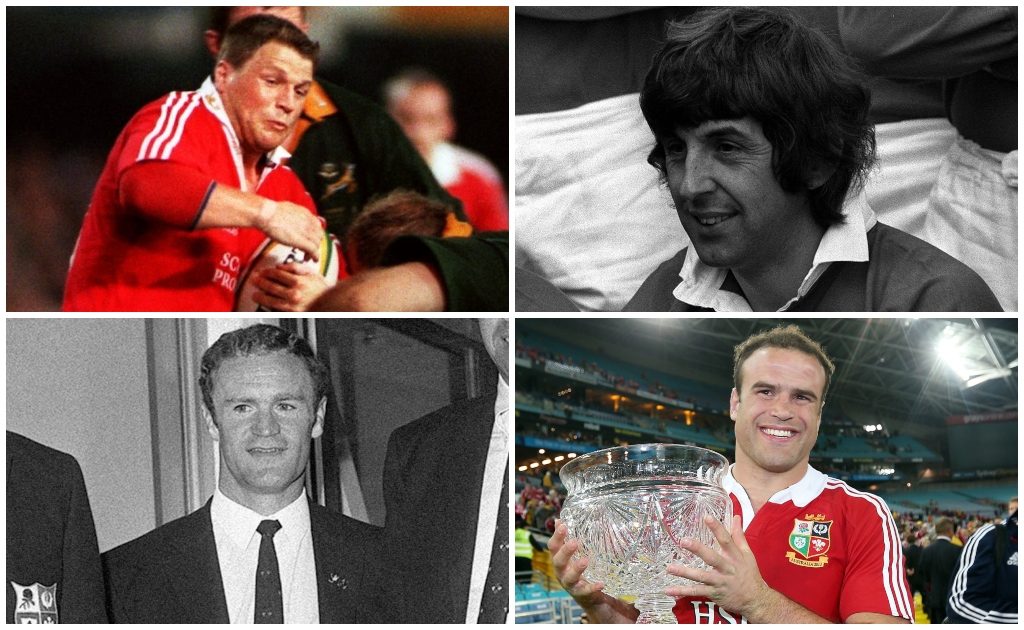 With something like 120 years worth of players to choose from, it’s been a tough task but here we go with inside centre.

Once described by his partner in the centre, Jeremy Guscott, as the ‘world’s fastest prop’, Gibbs was one of the most committed and physical centres you will ever encounter.

His partnership with the Englishman in both 1993 and 1997 was fruitful, and in harness, they have a combined win rate of 60% for the British and Irish Lions, particularly on the tour of South Africa in 1997 where he made some critical challenges and some punishing runs from inside centre. These performances saw him take the Player of the Series and the Lions took the bragging rights 2-1.

In 2001, he was called up as a late replacement to make a hat-trick of tours, his smiling and toothless face personifying everything that was great about the Lions in the early years of professionalism.

Greatest Lions moment: There are moments that stay with you forever and Gibbs’ collision with Os du Randt in the second Test in 1997 will live long in the memory of every Lions follower. Urban myth has it that as Du Randt lay on the floor, Gibbs bellowed ‘get up, you fat oaf’, adding the classic insult to a real injury.

Gibson toured with the British and Irish Lions five times, one of only two players (alongside fellow Irishman Willie John McBride) to achieve that remarkable feat.

On the 1968 tour to South Africa, Gibson made history in the opening Test by becoming the first replacement in international rugby, and showed his immense stamina by playing in 11 of the final 13 matches after Welsh fly-half Barry John had been invalided out of the tour.

John would return for the following tour, the now famous 1971 trip to New Zealand, where he would star at centre. Alongside captain John Dawes, Gibson formed a brilliant midfield combination, and with Gareth Edwards, John, Gerald Davies, J.P.R. Williams and David Duckham, they constituted arguably the finest backline in Lions history.

Gibson’s brilliance lay in the perception and timing of his attacking play, the focus and anticipation of his defence, and the rare dedication and commitment with which he applied himself across a 15-year international career in which he appeared in a then-world record 81 Tests.

Greatest Lions moment: Without doubt, Gibson’s finest moment came in Wellington 1971, when his brilliant timing of pass and threatening running were crucial components in the two tries scored by John and Davies on that memorable afternoon.

McGeechan possesses one of the most distinguished careers in the world of rugby. He began as a fly-half for Headingley before winning his first cap for Scotland against New Zealand at Murrayfield in 1972. During a distinguished playing career, McGeechan played 32 times for Scotland, nine as captain, and toured with the British and Irish Lions in 1974 and 1977. These Lions tours would be the beginning of a legacy with the touring side that would extend into his years as a coach.

It’s hard to separate ‘Geech’ as a player and Lions coach, but with six trips representing this most famous of sides, his contribution to their legacy is without parallel.

A fine inside centre who could also play at 10, McGeechan’s skill and timing of his passing were crucial factors in the 1974 tour success.

Greatest Lions moment: There are so many in such an illustrious career, but his intellect was underlined by his crucial drop goal in Pretoria in 1974 in a Test match that gave the Lions an unassailable 2-0 lead in the series.

Roberts was the epitome of the big gainline 12 that so many sides base their game around in the modern era and was a pivotal force on both of his British and Irish Lions tours.

In 2009, he was selected for the first Test in Durban and linked brilliantly with Brian O’Driscoll to set up Tom Croft for his first try. Roberts also played in the second Test but went off with an injury late on, which ruled him out of the third Test as the Lions went down 2-1. His performances in the two Tests he played earned him the Lions’ Player of the Series award.

In 2013, Roberts missed the opening two Tests of the series with the Wallabies due to a hamstring injury but returned for the final decisive clash and played a key role for the Lions, including scoring one of their tries, as they won the series.

Greatest Lions moment: With a series to play for, Roberts’ try against the Wallabies in Sydney sealed the Lions success and summed up his directness as a ball carrier.

With some incredible candidates to choose from, we were very tempted to pick Scott Gibbs alongside Guscott to recreate their dream partnership. However, five Lions tours and 12 Tests speak for themselves and our greatest Lions inside centre of all time is the flying Ulsterman, Mike Gibson.