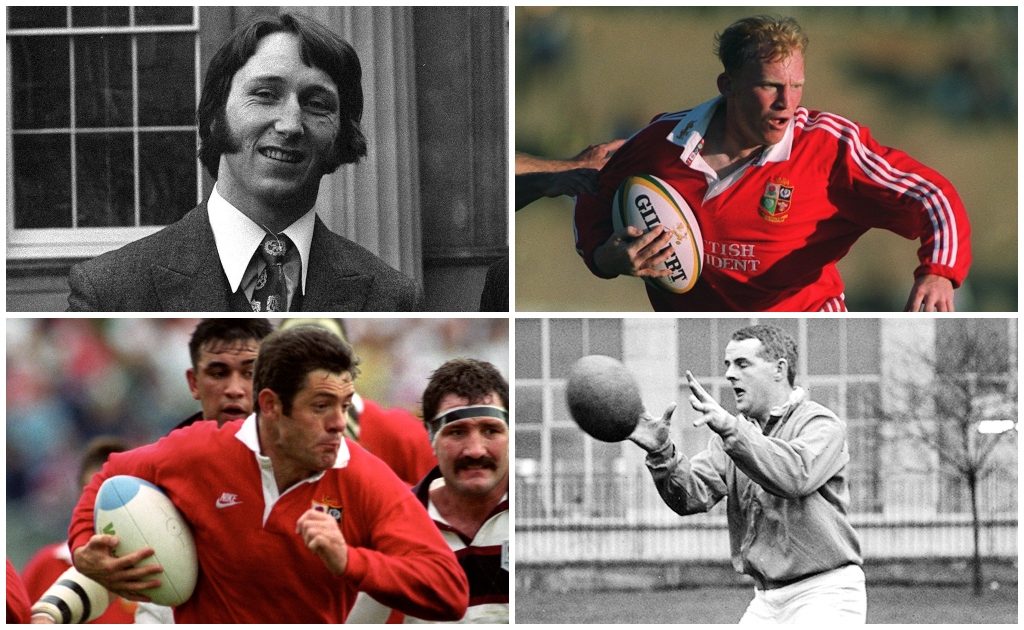 With something like 120 years worth of players to choose from, it’s been a tough task but here we go with full-back.

Gavin Hastings combined a massive kicking game with stone-cold surety in the air. “Big Gav” (he was 6ft 2in and 14st 8lb) featured in all three Tests on the victorious 1989 Lions tour of Australia, playing a key role in winning the series, and although his 1993 side were defeated 2-1 in the series, they were within a whisker of turning the All Blacks over in a tour divided between the excellence of the Test side and the social antics of the midweek team.

Hastings is the second highest Lions scorer in Tests with 66 points.

Greatest Lions moment: His unerring accuracy in the second Test in Wellington 1993, where his boot and leadership contributed to a memorable win.

‘Go on, Neil!’ was one of the most biased lines ever uttered by the excitable commentator Miles Harrison, but such was Jenkins’ impact on the 1997 Lions tour to South Africa, the Welsh fly-half turned full-back became a household name.

Jenkins shrugged off criticism in some quarters of a conservative style of play and swiftly went on to become Wales’ leading Tests points scorer after just 28 games for the national side. He was originally selected for the successful British and Irish Lions tour of South Africa in 1997 as a fly-half but ended up at full-back in all three Test matches and helped secure a famous 2-1 series win with his accurate goalkicking.

Whilst never claiming to be the most fluent runner, Jenkins’ selection at 15 in the 1997 series was a masterstroke, allowing attacking options in the midfield due to the Welshman’s accuracy off the tee.

Greatest Lions moment: No doubt about it, his 1997 performance in Durban in the second Test where only his skill with the boot kept the Lions in the game and ultimately in the series.

An Irish legend, who at the time of his retirement was the only 50+ cap player in the world, the Munster full-back was a brilliant running threat who combined his pace over the ground with deadly kicking accuracy off the tee.

Kiernan skippered the ill-fated Lions tour to South Africa in 1968 where many judges felt the Lions didn’t have the rub of the green in terms of the local officials selected to referee the Test matches.

Nevertheless, his tour created the foundation of the next decade of Lions tours, a decade that featured wins in both New Zealand and South Africa.

Greatest Lions moment: Kiernan’s leadership on that 1968 tour can never be more clearly illustrated with his last quarter kicking which allowed the Lions to draw in Port Elizabeth as he nailed a 45 metre effort in the dying moments.

John Peter Rhys Williams is revered the world over as one of finest full-backs in the sport. Known in the rugby world simply as ‘JPR’, originally in order to differentiate between him and another John Williams, Wales winger JJ, he was fiercely competitive in defence and a rumbustious runner in attack, offering both power and pace when making his deadly incursions into the line.

Williams scored the winning drop-goal against New Zealand in 1971 to give the Lions their first, and currently only, series success against the All Blacks before touring with the 1974 “invincibles” in South Africa.

With his flowing locks, muttonchop sideburns and his socks rolled down, he epitomised the spirit of both Welsh and Lions rugby and some would say he was the complete full-back.

Greatest Lions moment: Well, when you’ve kicked the series winning drop goal in New Zealand, there’s little else to consider! It may have resulted in a drawn game, but Williams’ part in the 14-14 draw in Auckland ensured that the Lions won the four match series 2-1.

In the grand scheme of things, this was one of our easier selections. Few Lions have emerged from New Zealand victorious, even fewer have succeeded against both South Africa and the All Blacks. Our greatest Lions full-back is JPR Williams.