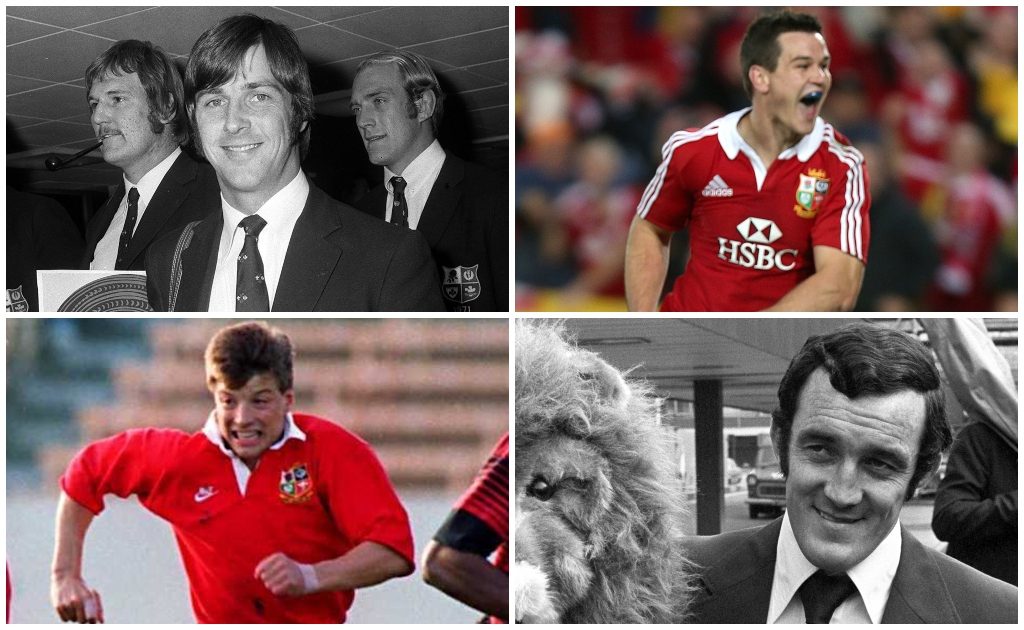 With something like 120 years worth of players to choose from, it’s been a tough task but here we go with fly-half.

Andrew as a Lion was a different prospect to the conservative and sometimes subdued player we saw in an England shirt and in the context of the British and Irish Lions, he sees off his pupil and friend, Jonny Wilkinson, to make our shortlist as the only English nominee for fly-half.

In 1989, parachuted into the second Test after Ireland’s Paul Dean had failed to impress in the first, he was magnificent, his calm head under pressure ensuring a win in Brisbane that gave them the momentum to take the series in the third Test.

People also forget his display in the one-off Lions Test v France that year for the FFR French Revolution Bicentenary, where, as captain, he teased and tantalised an exceptional French, scoring the opening try and slotting the match-winning drop goal.

In New Zealand 1993, he engineered a win in Wellington in one of the finest Lions displays in recent memory and his Lions career ended with only two losses in his six games, giving him a 66% win ratio in the famous red shirt.

Greatest Lions moment: That midweek game in Paris, where Andrew ruled the pitch with arguably his finest display at Test level, capped off by a wonderful chip and catch to score his only Lions Test try.

A natural playmaker at fly-half, Bennett was selected for the legendary Lions tour of 1974 to South Africa, where the men in red, under the compelling leadership of Willie John McBride, defeated the Springboks in a series for the first time. Bennett was in sublime form on the tour and his 50 metre run to dot down over the try-line in Pretoria remains an iconic moment to this day.

1977 saw Bennett handed the captain’s duties for the Lions’ tour of New Zealand. The Lions could not emulate the famous series victory of 1971, but still managed to produce some quality rugby, with referee controversy littering the Test matches.

Bennett retired from international rugby in 1978 with a total of 29 caps for Wales and eight for the British & Irish Lions. His legacy as a magician with ball in hand lives on, however, and it was his daring which was the catalyst for one of the most famous tries in rugby history in 1973 when his jinking running created the moment of mayhem that Gareth Edwards finished at the other end of the pitch.

John is arguably the finest fly-half of all time. During his short playing career, he was revered in Wales as ‘The King’ and feared by opposition defences as a majestic yet unpredictable pivot behind the scrum.

Following two years in the Welsh setup, John was selected for the 1968 Lions tour to South Africa, but a broken collarbone ended his tour after only the first Test. His return to international rugby from injury was as part of a Wales team that dominated northern hemisphere rugby during the 1970s. While the team was filled with stars, Edwards, JPR Williams, Gerald Davies and John Dawes to name but a few, attention was lavished on John by Welsh fans.

After ensuring a Welsh Grand Slam in the 1971 Five Nations, John was selected for the Lions tour to New Zealand later that year.

It was on this tour that John shone brightest of all, a star that lit up every pitch he played on. His display of tactical kicking in the first Test, terrorising All Black full-back Fergie McCormick, was a masterclass that set in motion the iconic series victory.

Greatest Lions moment: John scored his most famous try in the third Test in Wellington as he dummied a drop-goal before ghosting through the All Blacks’ defence, stepping inside the final tackler and dotting down under the posts in front of a stunned crowd.

An impish pivot with a complete game, Sexton was selected to play for the 2013 British & Irish Lions in their tour to Australia. Sexton played a central role for the Lions as he started all three Tests against the Wallabies, scoring a try in the final decisive Test in Sydney, as the Lions won the series 2-1.

He was again selected for the 2017 Lions tour of New Zealand. Sexton came off the bench for the first Test against New Zealand after Saracens’ Owen Farrell had started at fly-half but was then moved to inside centre. He started the second and third Tests, despite suffering a broken wrist in the second game. Despite the wrist injury and a rupture to his ankle tendon sustained during the first half, Sexton played 73 minutes of the third Test.

Greatest Lions moment: Sexton’s playmaking in that decisive third Test in 2013 was punctuated with a brilliant try, as he managed to finish off a move created by the running of Jonathan Davies and Leigh Halfpenny to score in the 57th minute.

This one boils down to which of two Welshmen was the greatest? It’s an age old argument and one that divides the Principality itself; Benny or Barry, and the answer has never been clear.

However, in a Lions context, only one pivot has ever orchestrated a series win in New Zealand and for that reason, our Lions greatest fly-half is ‘The King’ – Barry John.