Home Premiership Gloucester up to fourth as Bristol’s struggles continue 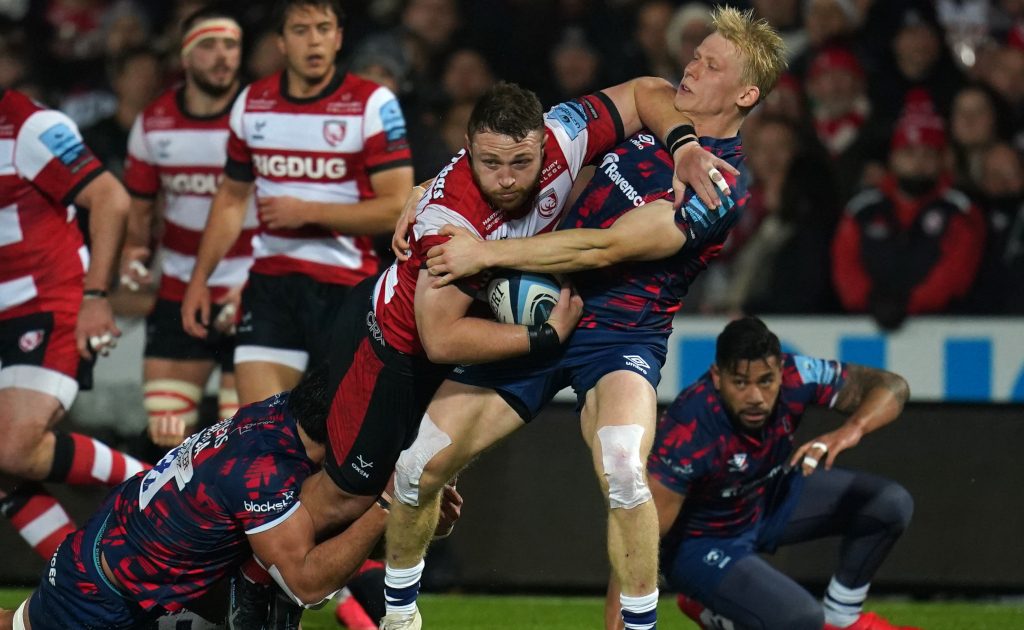 Last season’s Premiership league leaders Bristol Bears continue to find it difficult in 2021/22 after succumbing to a disappointing 27-10 defeat to Gloucester at Kingsholm.

Despite having a number of important players returning to their squad, the Bears again struggled to find their fluency. They made several errors and failed to compete with the physicality of the hosts, who went into the break 8-3 in front thanks to Jack Singleton’s try.

Bristol brought on Semi Radradra at the start of the second half and they briefly showed their quality as Henry Purdy crossed the whitewash, but the Cherry and Whites soon retook control.

Chris Harris regained their lead before a penalty try secured the win and continued their resurgence following the issues of the previous two seasons.

All they needed for the perfect evening was the bonus-point and that came when Charlie Chapman scampered over.

Fiji star Radradra was named on Bristol’s bench after recovering from a knee injury that had sidelined him since the Olympic sevens tournament in Tokyo this summer, while fit-again England international scrum-half Harry Randall and skipper Steven Luatua also returned.

The home side exuded confidence, yet Bristol managed to secure a degree of territorial dominance that ended with Sheedy slotting an equalising penalty.

The game went through a scrappy, scruffy period as both sides displayed plenty of intent, but their endeavours were undone by poor handling or wrong decisions.

Ultimately, though, Gloucester’s close-range driving lineout play served them well again as they went back in front just before half-time.

Their first attempt to shunt Bristol backwards ended with another penalty and a team warning to captain Luatua.

But Gloucester took maximum advantage from an identical platform as Bristol went into reverse gear and Singleton touched down in the corner.

Hastings could not convert, and although Bristol ended the opening 40 minutes by launching a sweeping attack that saw them go close to a try, Gloucester secured an 8-3 interval advantage.

Radradra appeared for the second period, replacing Alapati Leiua, who took a knock, and he was soon heavily involved in the action.

Bristol attacked virtually from the restart, and after Radradra and Randall both made inroads, Sheedy’s well-placed kick saw Purdy gather a kind bounce and claim a try that Sheedy converted.

It was a setback for Gloucester, who then saw Morgan limp out of the action, with Jordy Reid replacing him as Bristol continued to exert pressure.

But Bristol were then undone by a sublime piece of midfield work by Mark Atkinson, whose exquisite rolling kick the visiting defence allowed his centre partner Harris a clear path to collect the ball and score.

Hastings’ conversion opened up a five-point gap approaching the final quarter, and it got even better for Gloucester with 14 minutes left as referee Christophe Ridley awarded them a penalty try.

Bristol were punished for pulling down a maul close to their line, and it also cost them a player for 10 minutes when Ridley sin-binned flanker Dan Thomas.

And there was no way back into the contest for Bristol after that as Gloucester finished strongly through Chapman’s try to claim a notable scalp during a season that continues to show considerable promise.