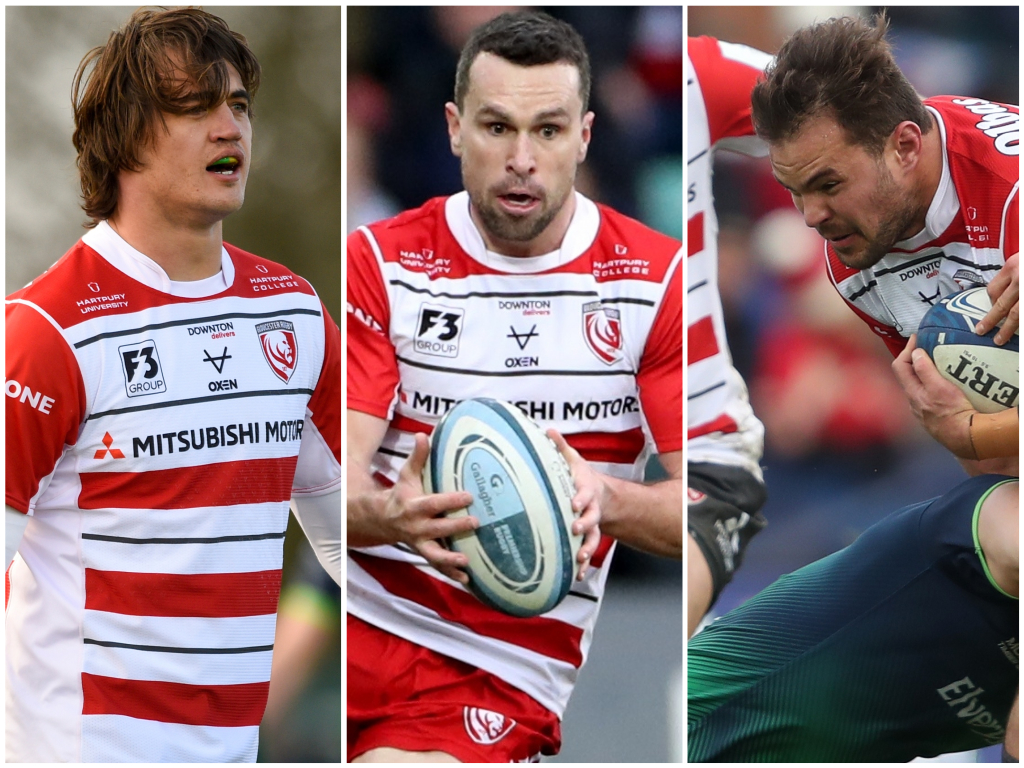 Gloucester have announced that Springbok lock Franco Mostert, utility back Tom Marshall and hooker Franco Marais will leave the club to further their careers in Japan.

A statement on the club’s official website said: “Gloucester Rugby can confirm that three players will be leaving the club to move to Japan. Tom Marshall, Franco Mostert and Franco Marais have chosen to further their careers elsewhere. It goes without saying that we are extremely grateful for their hard work and contribution during their time whilst representing our club.”

Four other players, whose contracts had expired, will also be leaving at the end of this month.

Scrum-half Callum Braley will head to Benetton Rugby, as announced in February. Braley has been a regular in the Gloucester matchday squad and made his 100th competitive appearance in the Champions Cup win over Connacht back in December.

Centre Owen Williams comes to the end of his three-year stay with the Cherry & Whites. The Welsh international picked up 37 appearances for Gloucester, the highlight, without doubt, being his match-winning conversion away at Bath.

Meanwhile, Springbok front-row Ruan Dreyer will depart Kingsholm having joined the Cherry & Whites ahead of the 2018/19 season. Injury limited Dreyer’s time on the playing field.

It has not been confirmed which Japanese club Mostert will be joining but he has been linked with fellow Top League outfit Honda Heat.

As announced in March, back-row Aaron Hinkley has opted to move to Exeter Chiefs over the summer.

Gloucester CEO Lance Bradley said: “While it’s always sad to see players depart the club, we nevertheless wish them all the best for the future. We have, of course, been planning for these departures for some time, and will have a fully competitive squad as we look forward to restarting the 2019/20 season.

“We will be providing details shortly.”

🗣️ "It might take a knock for a little bit but I can see it kicking on from whenever we get back going again."

Meanwhile, Gloucester also announced that hooker James Hanson has extended his stay at the club.

The Australian international initially joined Gloucester in 2017 on a short-term deal, but his eye-catching performances, and desire to play in Cherry & White, led to the hooker signing a permanent deal.

Since then, Brisbane-born Hanson has gone on to make 32 appearances for the club, scoring six tries in the process. Widely known as ‘Chibba’ amongst the squad, Hanson is recognised for his dynamic style of play and impressive record at the set-piece.

He will form a key part of the Gloucester squad going forward, and the player himself is looking forward to getting back out on the pitch.

“I can’t wait to pull on the jersey again and run out in Cherry & White,” said Hanson. “It’s been a great honour to represent this club and playing in front of the passionate Gloucester fans has been amazing.

“We’ve made great progress as a team, and I truly believe that we have a bright future ahead of us.”

Bradley commented: “We’re delighted that Chibba has decided to stay at the club. We were aware that he had been exploring options with other clubs, but when we sat down with him and outlined our vision for the future, and the part we saw him playing in it, it was clear that he wanted to stay.

“We’re all looking forward to seeing him playing at Kingsholm again soon.”