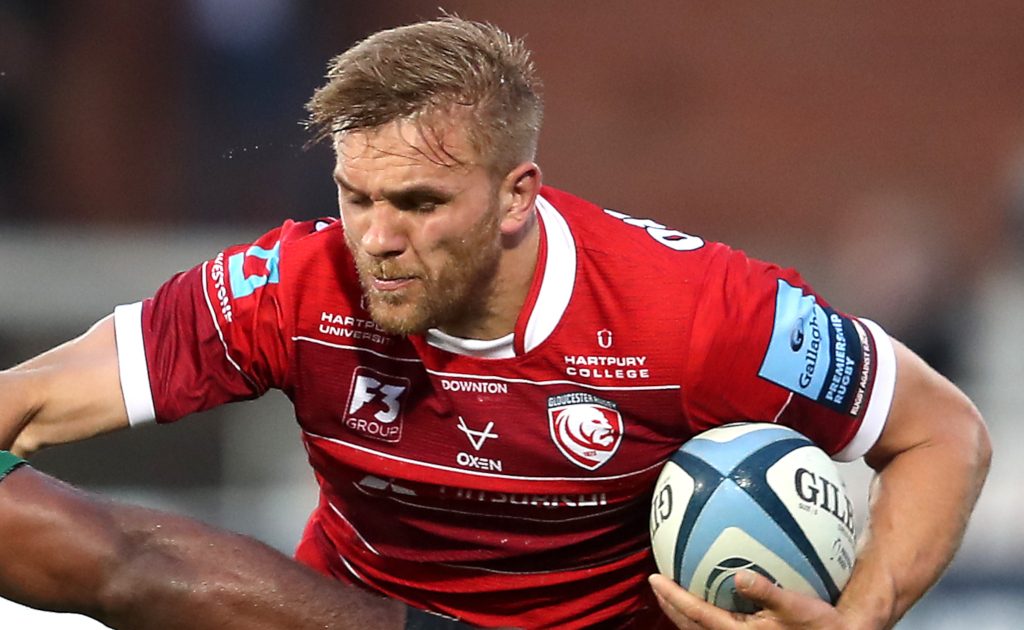 Gloucester produced another fine display to completely dominate their West Country rivals and claim a deserved 40-20 Premiership triumph at the Rec.

Stuart Hooper’s men were once again a shambles and it was all too easy for the Cherry and Whites, who moved into the break 26-6 ahead thanks to Chris Harris (twice) and Jack Singleton tries.

They were also awarded a penalty try as Bath struggled to handle the visitors’ powerful and well-organised mauling game.

Bath were slightly better in the second period and crossed the whitewash through Ben Spencer and Ollie Fox, but Gloucester also added to their score with Fraser Balmain and Kyle Moyle touching down.

After a bout of box-kicking to open proceedings, fly-half Orlando Bailey put Bath ahead with a long-range penalty and Adam Hastings missed from a similar distance at the other end, but things went downhill for the home team from there.

England flanker Sam Underhill went off for a head injury assessment after 11 minutes, never to return, and Gloucester set about dominating the Bath pack.

The visitors should have scored when Mark Atkinson was held up over the line shortly afterwards, but scrum-half Ben Meehan sent a looping pass into the arms of opposite number Ben Spencer who was able to clear upfield.

At the other end, hooker Tom Dunn spoiled a promising catch-and-drive by passing a ball behind Spencer’s right ear.

A free-kick from the resulting scrum and two penalties in quick succession set Gloucester up at the other end and Bath’s dogged defence earned a goal-line drop-out. But the penalty count was punishing.

A yellow card for flanker Tom Ellis in the 19th minute ramped up the pressure on the home defence and there was an inevitable penalty try from the next catch-and-drive. It came with a second yellow card for prop Lewis Boyce as Bath trailed 3-7.

Bailey replied with another penalty but Bath’s indiscipline and defensive frailties were cruelly exposed as Scotland centre Harris first finished off good work by Ollie Thorley and Meehan.

Then Singleton profited from another expertly-delivered line-out drive and Harris added the bonus point after Louis Rees-Zammit deftly volleyed a loose ball into his grasp. Hastings converted two of the three to give Gloucester a 26-6 lead at the break.

Bath did muster a reaction after half-time, inspired by Will Stuart’s aggressive ball carrying and forceful running outside the scrum by Max Ojomoh and Semesa Rokoduguni. Spencer gave them hope with a 51st-minute try from a tap-and-go under the posts, with Bailey adding the conversion.

But the visitors eventually got back on the front foot after replacement scrum-half Charlie Chapman snaffled the ball at a scrum on halfway and chipped down the touchline.

Bailey had to concede a line-out and the Gloucester forwards did the rest, with Balmain being awarded the 66th-minute try and Hastings adding the conversion to take them 20 points clear.

Hastings’ chip and an inside pass from Thorley presented the sixth try to replacement wing Moyle and the fly-half converted from near touch to complete the rout, even if Bath conjured a last-minute breakaway try by Fox which was converted by Bailey.