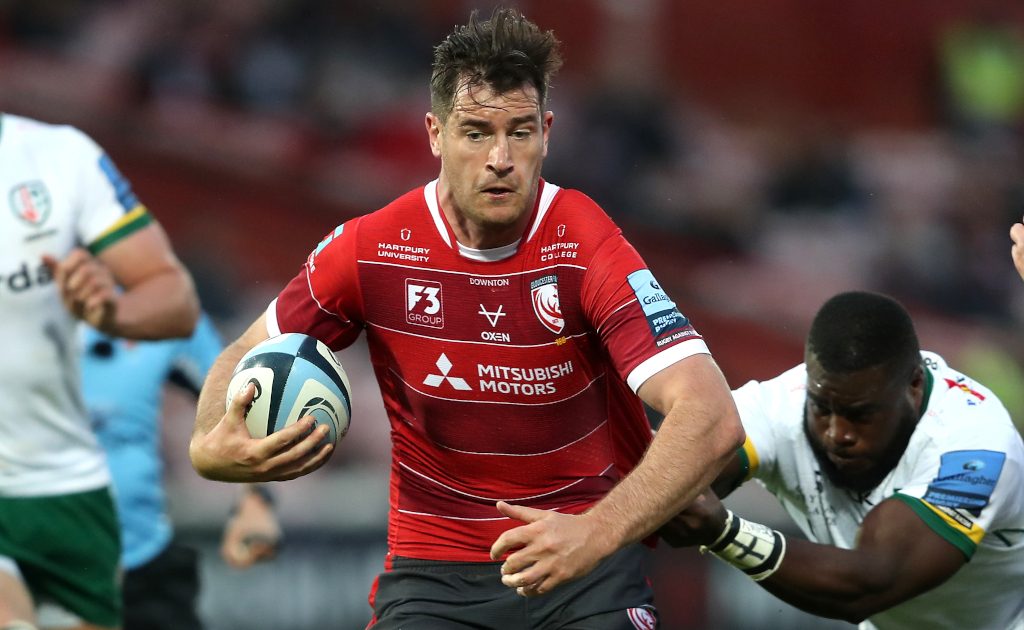 Gloucester head coach George Skivington has spoken of his delight for centre Mark Atkinson after he was included in England’s 45-man training squad.

Atkinson is one of eight uncapped players selected by England head coach Eddie Jones, with his consistency of performance helping him make the cut.

Set to join up with the squad on Sunday for a three-day camp in south west London, the 31-year-old back is not short on experience in the club game.

He was on the radar

Atkinson had spells with Sale Sharks, Wasps, Esher and Bedford before joining Gloucester in 2014 and will be eager to take the next step in November.

“I think it’s great,” Gloucester head coach Skivington said of Atkinson’s call-up. “Last season, he was probably the best ball-in-hand 12 in the league.

“Speaking to Eddie last season, I knew he was on the radar. I think probably he was disappointed he didn’t get any involvement in the summer (when England played the United States and Canada).

“So, yes, I am just delighted for him, and hopefully he gets an opportunity.

“I think consistency is the key for any Premiership player.

“You aspire to be consistent week in, week out. Having one or two good games, and then 10 average ones, isn’t ideal for your club and it certainly won’t get you recognised at international level.

“His commitment to the cause and his consistently good performances have got him noticed.

“I know that he (Jones) likes his like ball-playing ability. He is solid in defence, and he does find a way through the line. He has got a good off-load game.

“He is smart as well. If you are a 10 playing with him outside you, it is very comforting because he makes good decisions. He reads the game well.”

Atkinson is joined in the England squad by his Gloucester colleagues Jonny May and Lewis Ludlow.

Jones has certainly offered a nod to the future in terms of his wing selections, with young prospects Adam Radwan, Louis Lynagh and Ollie Sleightholme all selected.

But there is also a considerable emphasis on the experience provided by 66 times-capped wing May, whose 33 tries for England is a total bettered only by Rory Underwood.

Skivington added: “Jonny tends to take things in his stride. He is a confident bloke, he knows what his strengths and weaknesses are.

“I think it is a feather in his cap because there has been a lot of talk about these young guys coming through and all the rest of it.

“But I think it is a big statement that Eddie still knows that Jonny is a rock for him and he delivers on a week-to-week basis.”

Meanwhile, England head coach Jones has warned the senior players left out of his squad to rediscover their best form or risk missing out on the 2023 Rugby World Cup.