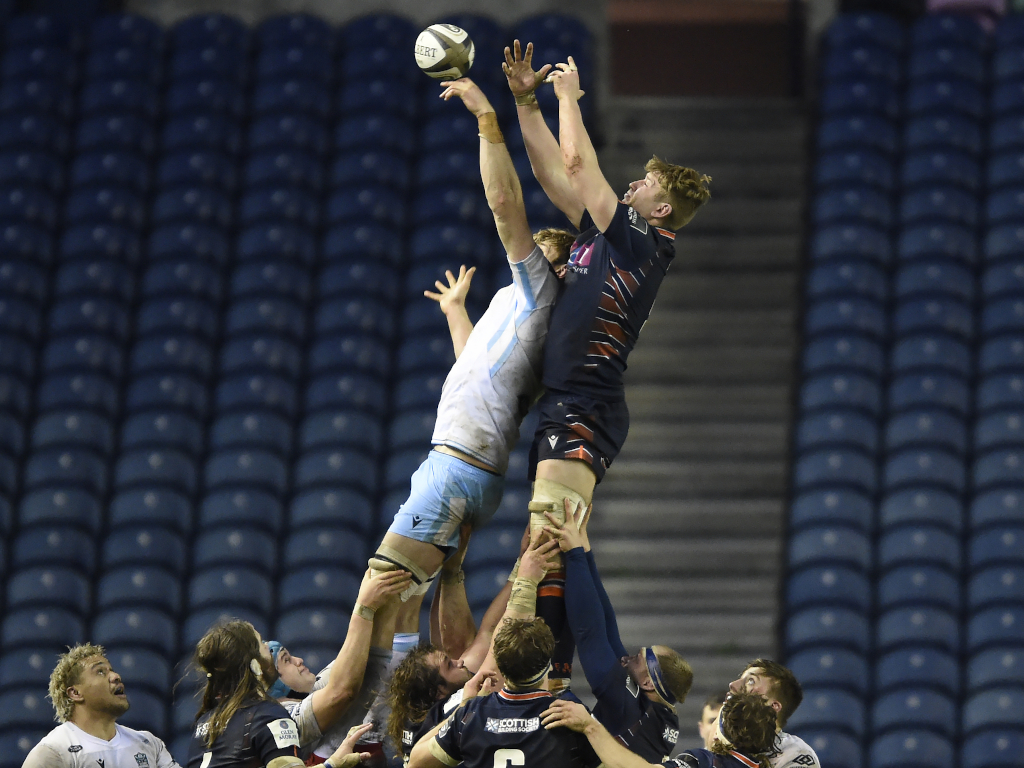 Richie Gray’s impressive return gave Glasgow a lift at the weekend but assistant coach Kenny Murray revealed the Scotland lock had already made his mark before getting back on the pitch.

Gray was the outstanding Warriors performer in Saturday’s 10-7 defeat by Edinburgh in the PRO14 as he made his comeback following a lengthy concussion lay-off.

And the 31-year-old former Sale, Castres and Toulouse player’s commitment in training has also drawn praise.

“I thought he really exceeded anyone’s expectation of him in terms of coming back from a head injury having been out for so long,” Murray said.

“To come back into a derby match like that and play so well was a real testament to his commitment.

“Defensively he was very good, made 12 tackles and didn’t have any misses. In the line-outs he was very destructive, stealing throws and putting Edinburgh under pressure.

“I thought it was a real top-quality performance from Richie. He’s got through the game well and he’s feeling good this week at training so hopefully that’s him (up to speed) and we can get him for a while now.

“The reason we brought him in is he’s such a good player, particularly his set-piece work.

“At the end of the day he’s a (British and Irish) Lion and if you’ve got a Lion in your team then players will automatically, especially the young guys, look up to him.

“About three or four weeks ago when he was injured he did an academy session with the young boys. He came in and trained really well and for those young boys in that session to be training with a Lion and watch him bursting his backside in a kids’ session shows just how dedicated he is to getting back.”

Pete Horne and Tommy Seymour missed the Murrayfield defeat with concussion and the former could be back for the return PRO14 clash at Scotstoun on Friday.

“Tommy won’t be back for the weekend,” Murray said. “Pete trained on Monday so we will see how he is.

“Oli Kebble is coming back from Covid and he trained on Monday so all things being well, he should be available for the weekend.”