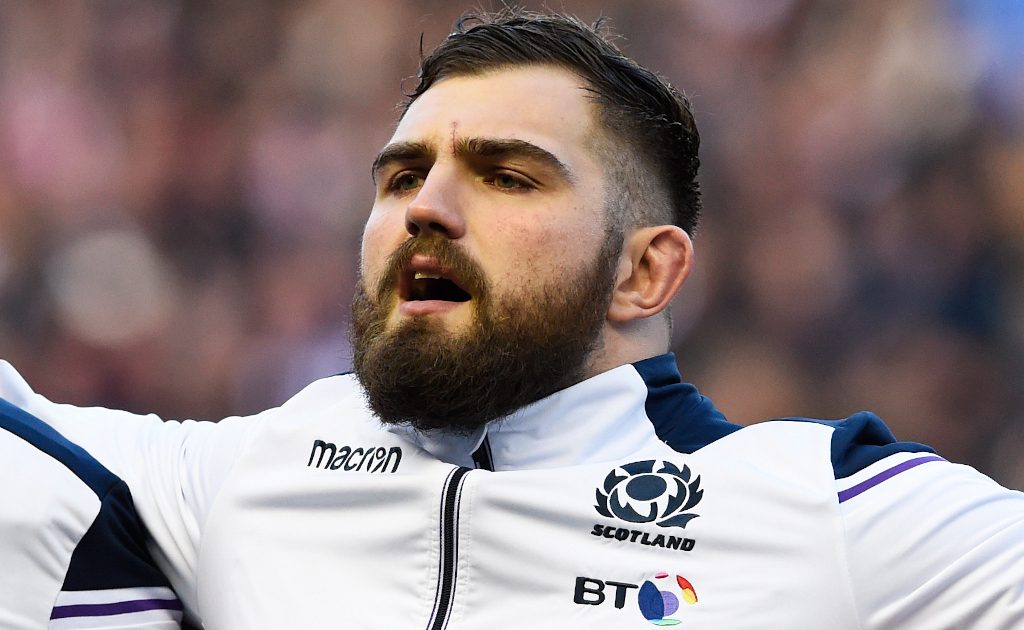 Glasgow assistant coach Kenny Murray has praised Jamie Bhatti after the prop marked his 50th run-out for the club by scoring his second try in as many weeks.

The loosehead’s early crossing proved vital as the Warriors battled to a hard-fought 13-9 win over South African side the Lions at Scotstoun on Saturday.

Remarkably, Bhatti – in his second stint with the Scottish club after short spells with Edinburgh and Bath – had not crossed the whitewash for Glasgow prior to last weekend’s win over Sharks.

Murray told the Warriors website: “He hadn’t scored a try up until last week, and now he’s got two in two games – he’s doubled up!

“It’s great for him. He’s a very well-liked member of the squad, and to reach 50 appearances is a good milestone for any player to achieve.

“He’s really enjoying being back at Glasgow after he didn’t get a lot of rugby along the M8, and you can see that in his play. I think he’s only going to get better and better.”

Glasgow were 10-3 up on the Lions after 16 minutes and looked set to pull away after making a strong start but the South African side soon gained the initiative and made the hosts, for whom Ross Thompson kicked eight points, work for their victory.

Murray was pleased that his side restricted their visitors to just three penalties, all kicked by EW Viljoen.

He said: “To not concede a try against as physical a side as the Lions is very pleasing.

“They’re a team who have a lot of threats across the park, so the boys can take real heart from that going into next weekend.”

Meanwhile, Edinburgh prop Pierre Schoeman was impressed by the Stormers as the South African team managed to secure a 20-20 draw in their United Rugby Championship clash.

After a difficult opening to the season for the South African sides, loosehead prop Schoeman believes Saturday’s result represents progress for the new outfits.

The four new teams toiled for results on the opening two weekends of the campaign.

But on matchday three, Sharks and Bulls both picked up victories, Lions suffered a narrow defeat and Stormers fought back from an early 14-0 deficit to draw 20-20 at the Dam Health Stadium.