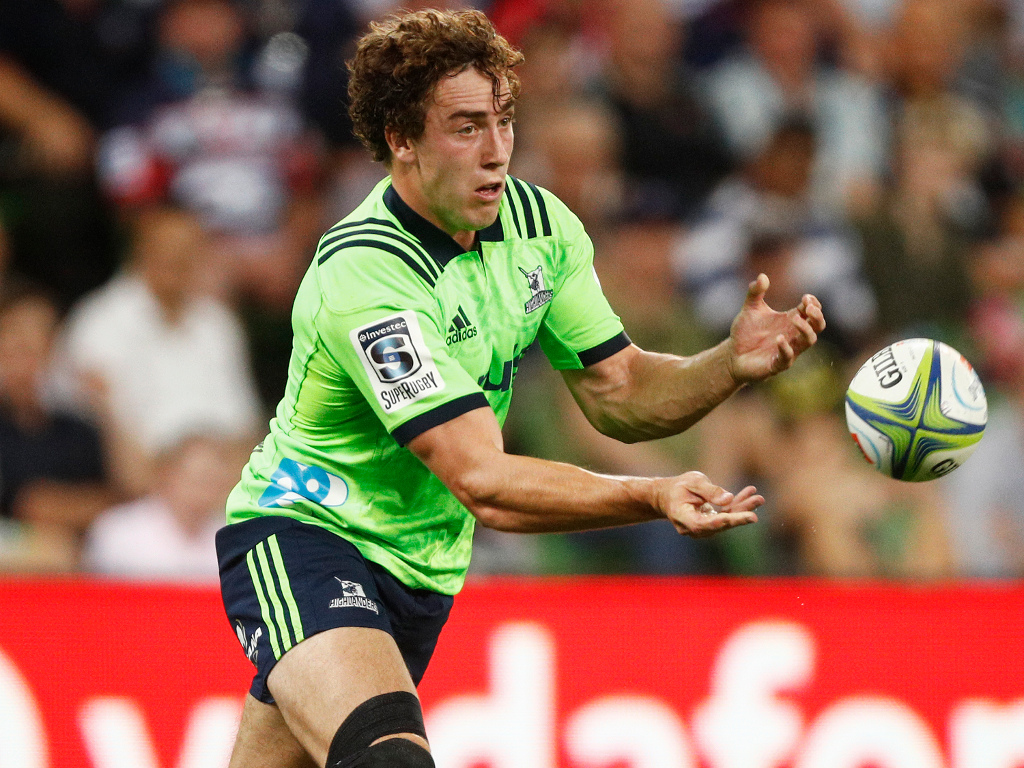 Glasgow Warriors have pulled off a major transfer coup ahead of the 2021/22 season, after Super Rugby flyer and World Rugby U20 Championship winner Josh McKay put pen to paper on a deal with Danny Wilson’s side.

Rated as one of the standout performers for the Highlanders in 2020, the electric full-back will make the switch to Scotstoun following the conclusion of his commitments with the Crusaders and Canterbury in Super Rugby Aotearoa and the Mitre 10 Cup respectively later this year.

Also capable of playing on the wing, his performances have seen him build a reputation as one of the fastest players in New Zealand rugby, enthralling supporters and pundits alike.

Still just 23, McKay shot to prominence in 2017 as part of the all-conquering New Zealand U20 side that claimed the World Rugby U20 Championship in Georgia.

Part of a back three that included future All Blacks Will Jordan and Caleb Clarke, the speedster crossed for two tries in the tournament, including in the 64-17 demolition of England in the final.

He then made his Super Rugby debut for the Highlanders in May 2018, going on to make 15 appearances for the Dunedin-based side before moving to the Crusaders for the 2021 campaign.

It was in Super Rugby Aotearoa 2020 that the full-back particularly caught the eye in a Highlanders shirt, with one particular highlight reel-worthy defensive play against the Crusaders going viral on social media.

On the Mitre 10 Cup stage, too, the former Christchurch Boys’ High School student – alma mater of All Black greats Dan Carter, Aaron Mauger and Sir Graham Henry – has excelled; his breakout season in 2017 saw him cross for five tries in 12 appearances for Canterbury, helping his side to defend their Mitre10 Cup crown.

McKay then outdid himself in 2019, scoring an incredible 11 tries in 11 matches for the men in red and black in run of form that had New Zealand pundits raving over his performances.

A former student of Lincoln University in Christchurch, he helped his new side to a comeback victory over the Highlanders in the Crusaders’ first pre-season match last weekend.

“Scotland is a place I’ve always wanted visit – I’ve heard so many great things about the country and the people.

“I like attacking with the ball in hand, I’m a balanced rugby player and I think I can make an impact on both attack and defence. I really think the style of Glasgow’s play will suit me.

“I can’t wait to run out at Scotstoun in a Warriors jersey for the first time.”

Josh McKay is a Warrior – now take a look at what he's got in his locker 🔥#WhateverItTakes ⚔️🛡️ pic.twitter.com/IlsukMQl0d

Glasgow Warriors head coach Wilson expressed his excitement at the capture of McKay, saying: “Josh is somebody we’ve watched with real interest of late.

“Despite being only 23, he’s picked up some good experience from quality rugby environments like the Crusaders, Highlanders and New Zealand U20s.

“We worked hard to bring Josh to Glasgow and we’re thrilled we’ve been able to make it happen. We think he’s got a big future ahead of him.”