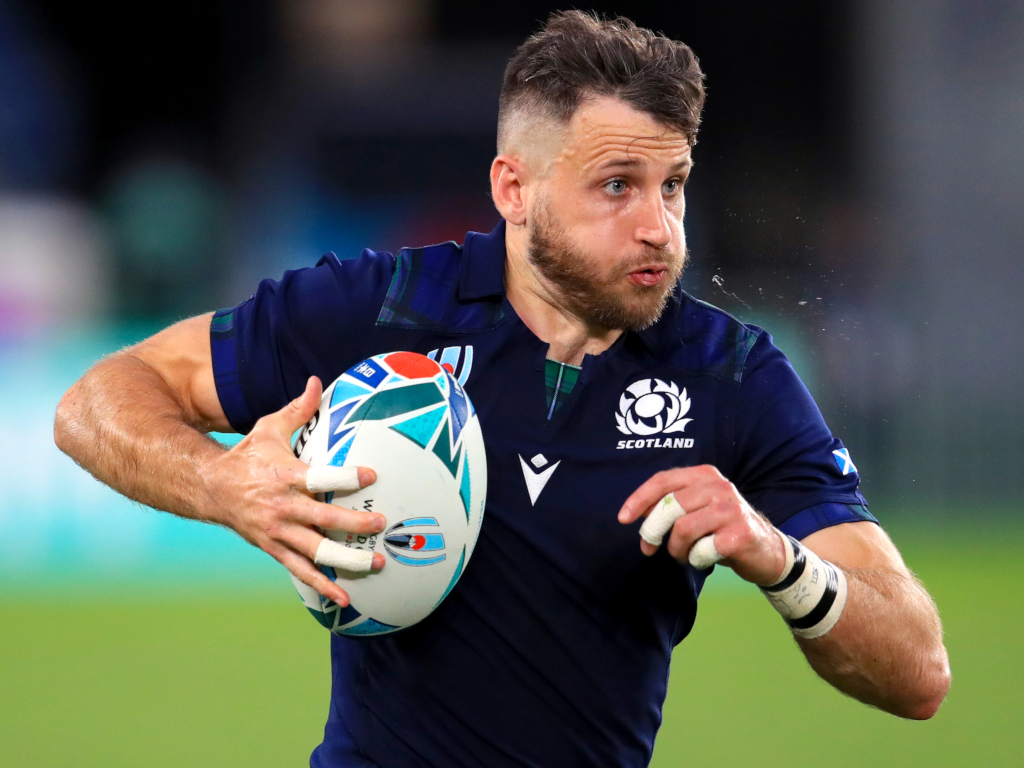 Glasgow Warriors stalwart Tommy Seymour has announced his retirement from the game with immediate effect.

Seymour enjoyed a sparkling career, amassing 55 caps for Scotland and had scored 20 tries for his country.

A British & Irish Lion for the successful tour of New Zealand in 2017, wing Seymour steps away from rugby having served Scotland with aplomb over a number of years, encompassing two Rugby World Cup campaigns.

Born in Nashville, Tennessee, in 1988, Seymour moved to Belfast as a youngster, aligning with Ulster in 2010 and winning youth honours with Ireland before moving to Glasgow Warriors in 2011, ironically making his debut for the club against Ulster in September of that year.

He would go on to make more than 150 appearances for the Scotstoun side over the course of the next decade, his try-scoring prowess apparent from the off and affording him a call-up for Scotland, for whom he qualified through his Glasgow-born mother Sue, soon after.

Seymour made his Scotland bow in a 2013 Test against South Africa in Nelspruit in what would be the first of 55 appearances in the dark blue. His first Test tries came in November of that year, notching a double in a November win over Japan at Murrayfield – an insight into an international career that would see him finish fifth on the all-time list for Scotland, behind the great names of Ian Smith, Tony Stanger, Chris Paterson and current captain Stuart Hogg.

A consistency of scoring rate at international level was never more apparent than at the 2015 Rugby World Cup, where Seymour excelled in scoring in four consecutive matches, against Japan, South Africa, Samoa and Australia, as Scotland narrowly missed out on a semi-final berth.

His call-up to the 2017 British & Irish Lions tour New Zealand was just reward for Seymour’s positional intelligence and finishing ability, and he finished as top tour try-scorer with three to his name.

Seymour called time on his international career in late 2019, his final act coming in the Rugby World Cup against hosts Japan in Yokohama, a cap after his 20th and final Scotland try against Russia in Pool A.

Tommy Seymour has announced his retirement from professional rugby – thanks for everything, Tommy#OnceAWarriorAlwaysAWarrior pic.twitter.com/nqCozIcM3o

Gregor Townsend led the praise for the retiring Seymour, the Scotland head coach saying: “Tommy has had an outstanding club an international career in Scotland, and he can look back on what he has achieved with a lot of pride. He worked hard to become a regular for Glasgow and Scotland – and made some key contributions to both teams.”

“Tommy had world-class ability in the air, and was one of the best finishers in the game. He was also an intelligent rugby player who could analyse a game very well. He cared a lot for his teammates, and it was great to see him grow as a player and a leader in his time in Scotland. I wish him all the best in the next stage of his life.”