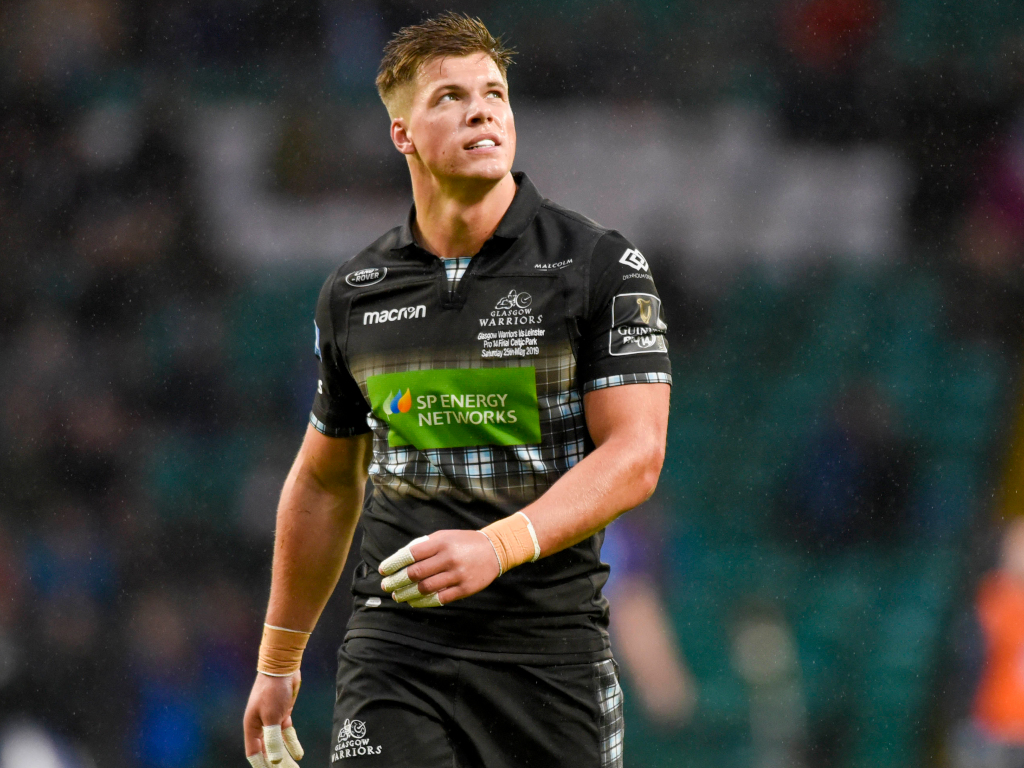 Glasgow Warriors claimed a second PRO14 victory of the campaign after overcoming Cardiff Blues 19-10 at Rodney Parade on Sunday.

It was a much-needed success for Warriors head coach Danny Wilson, who was up against his old team having won the European Challenge Cup when in charge of the Welsh team.

Glasgow produced a gritty display to come out on top, with a late try from Scotland international Huw Jones the vital score.

Jarrod Evans kicked the Blues straight ahead and their scrum started well.

Pete Horne missed the chance to level the scores when his kick hit the post and Glasgow full-back Glenn Bryce scythed through with a break. Horne could not miss with his second kick.

It levelled the scores before the Blues launched a fine attack. Owen Lane was sent clear but, when he passed inside to Tomos Williams, the scrum-half dropped the ball.

Both sides looked dangerous with ball in hand – Lane was particularly lively – but at either end there were also turnovers which stemmed the momentum.

Glasgow’s Robbie Fergusson was replaced by Jones and the Blues had a try ruled out.

Gwilym Bradley won the Blues a turnover in midfield. It was questionable as the young flanker was lying on the floor but Williams kicked ahead and Lane collected to score.

Referee Frank Murphy checked the try with TMO Rhys Thomas and the pair decided there had been a knock on by Bradley in the ruck before Williams put boot to ball.

To add insult to injury for the hosts, they lost prop Brad Thyer to a head injury assessment and Horne’s second kick saw them fall 6-3 behind.

Lane raced clear down the wing at the start of the second half. He hacked on and collected his own kick – but by stooping he lost his footing and was tackled. It mattered little as the Blues recycled the ball.

It went left where Aled Summerhill went low and passed to captain Kristian Dacey, who did well to finish. Evans added the conversion.

Glasgow responded well and their pressure in front of the posts saw Bradley yellow carded for illegally trying to slow down the ball.

Is there enough in the tank for @cardiff_blues to get back into this one?

Horne’s third kick made it a one-point game and, with a man advantage, the Warriors started to turn the screw as both teams unloaded their benches.

With Bradley off the field, a Glasgow penalty from replacement Brandon Thomson put them ahead for the first time and they finished the job in the final 10 minutes.

The Blues looked to play their way out of their own half and debutant Mason Grady’s pass was intercepted by Jones who ran in to score. Thomson converted to conclude the scoring.

Meanwhile, in the earlier game, the Dragons also secured just their second victory in the PRO14 this season against Benetton in northern Italy.

The Welsh side scored three tries at the Stadio Comunale di Monigo and came away with a 26-19 win.

Dean Ryan named the same side that started against Munster four weeks ago and they set about showing that the break had not had an adverse effect.

A Sam Davies penalty gave Dragons an early advantage but Cherif Traore scored the first try of the game for Benetton, which was converted by Ian Keatley.

However, tries from Ashton Hewitt and Jamie Roberts put Dragons four points ahead at half-time, with Hame Faiva having crossed for a second score for the Italians.

Captain Rhodri Williams was alert to grab a third try in the second half and extend Dragons’ lead and, although they had what would have been a fourth from Owen Jenkins ruled out for a knee in touch before Tommaso Menoncello crossed for Benetton, the visitors held on.