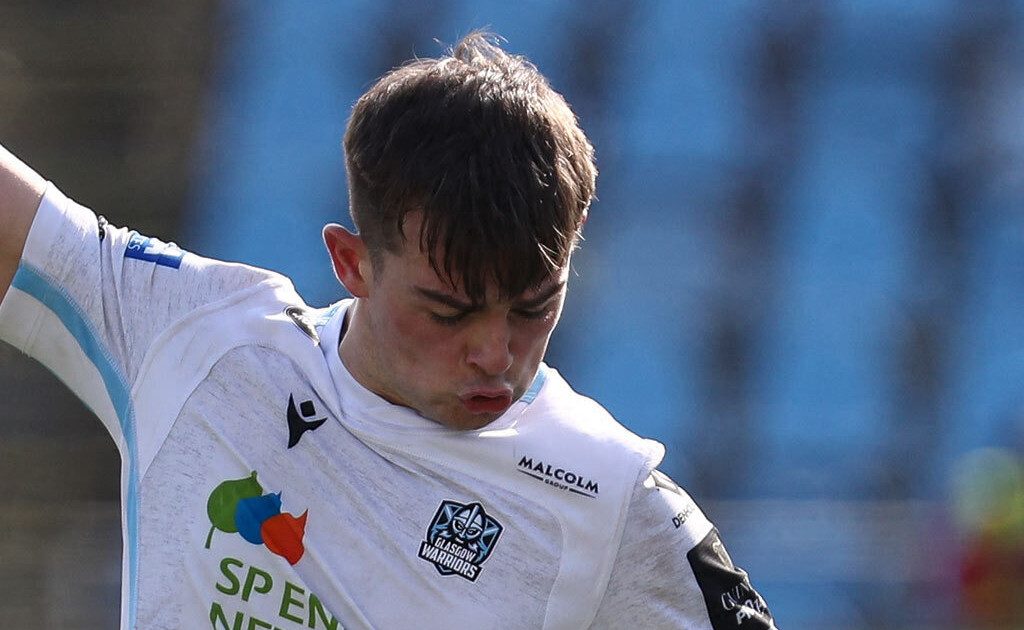 Ross Thompson, who made his international debut against Tonga in November, has re-signed with Glasgow Warriors.

“It was a pretty easy decision really,” said Thompson, who has scored 135 points from 19 appearances for Glasgow to date.

“I’ve really enjoyed my time with Glasgow over the last 12 months or so, getting to know the boys and getting out and playing for this club.

“I’m just looking to kick on and build now. I really enjoyed being in the Scotland environment and that’s definitely something I want to experience more of, but my primary focus is giving my all for Glasgow and helping this club challenge at the top of the table.”

Glasgow head coach Danny Wilson said: “Ross is an outstanding individual who has really impressed us this last year.

“He’s taken his chances both at club and international level well and is maturing into a quality number 10.

“We’re pleased he has committed himself to the club for the future and I’m sure he will continue to develop with the attitude he’s shown so far.”

Scotland full-back and captain Stuart Hogg does not believe his try-scoring record will last for long due the talent that is in the system.

The Exeter Chiefs player touched down for a 25th time in Scotland’s 29-20 victory over Japan, eclipsing the feat set by Ian Smith and Tony Stanger.

Although Hogg still has plenty of time to add to that tally and potentially set a daunting target for those to follow, the 29-year-old thinks it will be beaten comfortably.