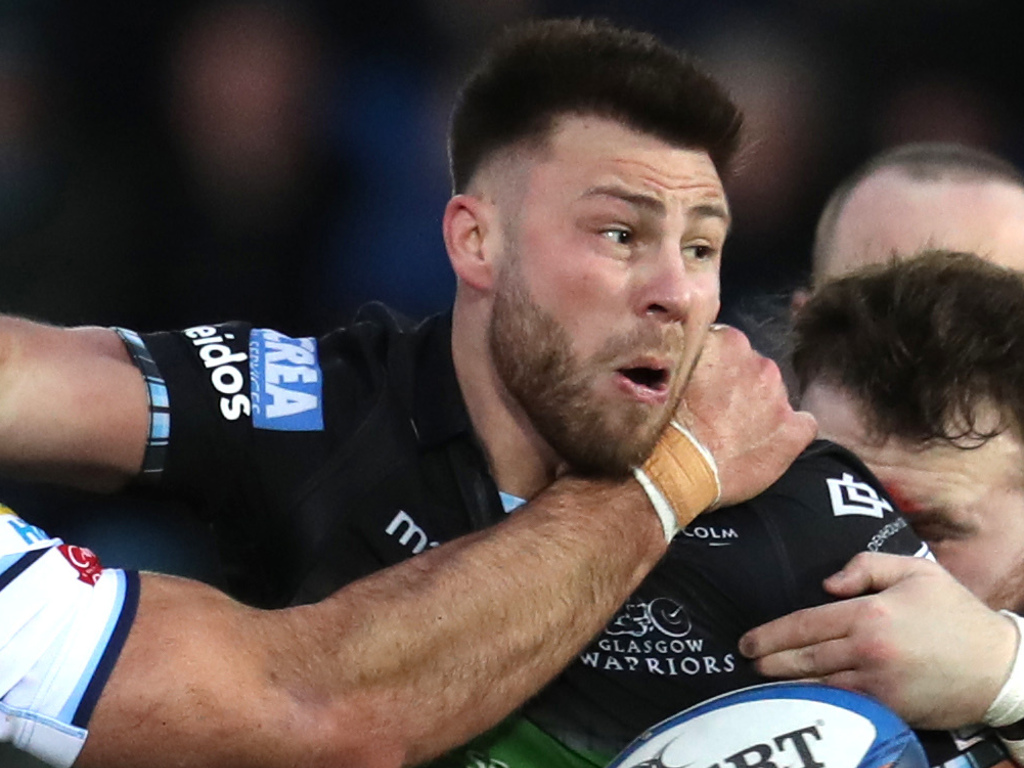 Glasgow Warriors drew first blood in the 1872 Cup as they struck late to defeat Scottish rivals Edinburgh 20-16 in the PRO14 at Scotstoun.

Ruaridh Jackson and George Turner of Glasgow and Viliame Mata, Stuart McInally and Nic Groom of Edinburgh were all carded.

It was a setback for Edinburgh whose recent form had been superior, winning their last six games on the trot.

A nip and tuck first half ended 6-6 with Adam Hastings kicking two penalties and Simon Hickey doing the same for Edinburgh.

The second half continued in the same mode with a penalty from Hickey edging Edinburgh ahead.

But the match came alive in the last 15 minutes. Glasgow produced the first try with Ali Price sent in by Sam Johnson.

Edinburgh full-back Blair Kinghorn then went over in the corner. However, Glasgow got the winner with a line-out surge finished by Turner. Hastings and Jaco van der Walt kicked the conversions.

On 21 minutes, the Glasgow line-out misfired, Edinburgh were only held out by Glasgow law breaking allowing Hickey to tie the scores.

FULL-TIME | GET IN THERE!!!! It's a derby day win at Scotstoun! Merry Christmas #WarriorNation 😃 pic.twitter.com/tiv5mKU8O2

Seven minutes later, the usually deadly Kiwi hit a post but his third penalty attempt in 30 minutes put his side ahead.

This award was confirmed by a long study of the TMO evidence by referee Blain, after Edinburgh speedster Darcy Graham had chipped ahead and then clashed with Glasgow full-back Jackson, who was shown a yellow card.

In 50 minutes the third yellow card was produced by Blain. This time it was Edinburgh captain McInally who left the field following a tackle to the head of Glasgow’s Fraser Brown – his rival for the international hooker berth. Brown also left, to be assessed and did not return.

Card number four followed on 57 minutes, Glasgow replacement hooker Turner was the guilty man and Hickey put the long penalty over to edge Edinburgh ahead.

The first try and a cracking one arrived in 65 minutes. The scorer was substitute scrum-half Price under the posts, put through by centre Johnson after a Hastings chip.

Edinburgh retook the lead with a sweeping move finished by full-back Kinghorn for Van der Walt to convert from touch.

However back came Glasgow. Edinburgh’s Groom was sin binned and, from a line-out, the home pack surged over with Turner scoring and Hastings converting.

🚨 SAM DAVIES WINS IT WITH A DROP GOAL AT THE DEATH!

😱 What a dramatic way for @dragonsrugby to secure victory in the derby! pic.twitter.com/L0S7d9g0QN

In the other PRO14 games taking place, Sam Davies was the Dragons’ hero as his last-gasp drop-goal sent them to a 22-20 win over Scarlets.

Scarlets were in front thanks to Gareth Davies and Ken Owens’ tries, but Rhodri Williams responded while Davies kicked 17 points in total.

Elsewhere, man-of-the-match JJ Hanrahan kicked 14 points for Munster as they beat Conference B rivals Connacht 19-14 at the Sportsground.

The away victory puts Johann van Graan’s men four points clear at the top of the pile, with flanker Jack O’Donoghue scoring Munster’s only try.

The opening fixture of the day was an all-Italian affair as Benetton won 13-8 at Zebre thanks to Hame Faiva’s try and Ian McKinley’s boot. It was Kieran Crowley’s side’s third win of the PRO14 campaign, which keeps them in play-off contention ahead of hosting Zebre next weekend.

Rounding things off in Swansea was Ospreys facing Cardiff Blues and it was the latter who came out on top thanks to a 19-16 victory in the derby.

Jarrod Evans contributed 11 points, which included a try, while Jason Tovey kicked two penalties and a conversion. For Ospreys, their points came via a penalty try and nine points from new signing Marty McKenzie.