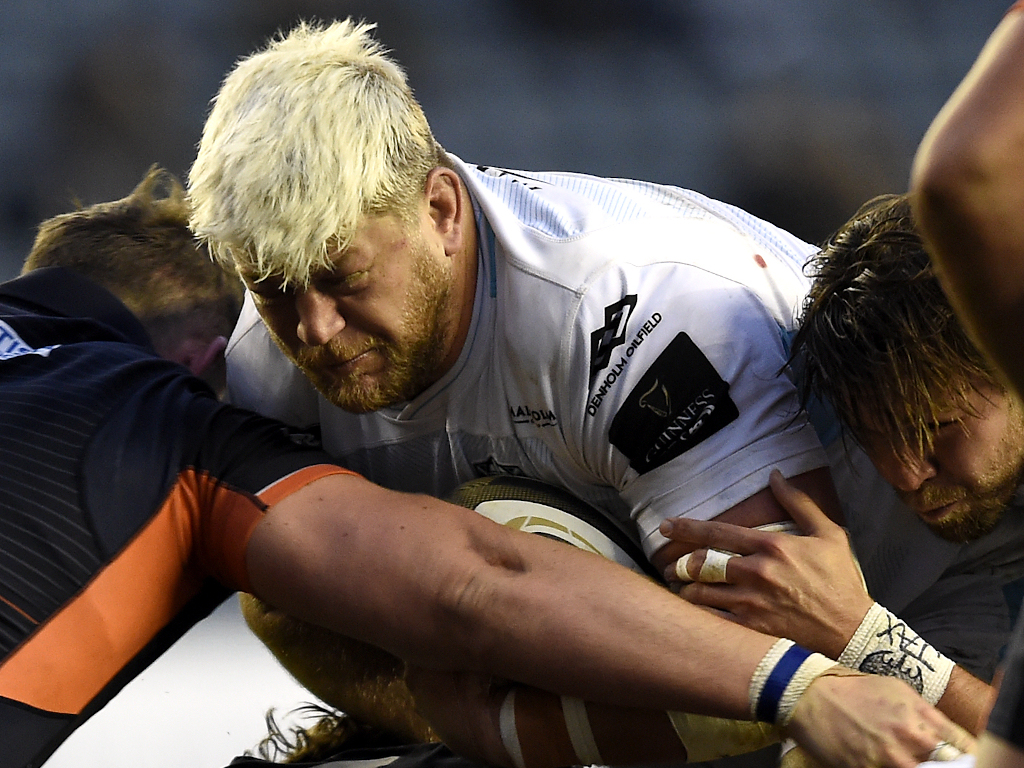 Oli Kebble boosted his Scotland hopes with an impressive try-scoring display in Glasgow Warriors’ 20-7 victory over Scarlets in the PRO14 on Sunday.

The former South Africa U20s international scored the only try of the first half and generally drove the hosts forward on the eve of Gregor Townsend naming his autumn Tests squad.

The loosehead prop is available for selection the first time under the residency rule.

Glasgow appeared to be heading for a commanding victory after Ryan Wilson crossed soon after visiting lock Sam Lousi was sent off early in the second half.

However, the Llanelli side made a game of it with Samson Lee marking his 150th appearance with a try and the Warriors were up against it in the final stages after both Richie Gray and Nick Grigg were sent to the sin bin.

The home side withstood some pressure at Scotstoun and time ran out for the visitors.

With both sides chasing their first PRO14 win of the season, the opening stages were a scrappy affair.

Glasgow struggled to get out of their own half for much of the opening 10 minutes but gradually got on top.

Adam Hastings sliced a penalty well wide before getting the first three points on the board in the 28th minute.

The fly-half was just short from a similar long-range kick but the Warriors kept the pressure on and grabbed the first try in the 33rd minute.

Kebble had made some good metres earlier in the move as the home pack drove forward and the 28-year-old forced himself over the line.

Josh MacLeod limped off for Scarlets and Leigh Halfpenny, who had hit a club-record nine penalties in Scarlets’ opening defeat by Munster, was wide with a simple kick before the break.

Lousi was shown a red card for a high tackle which forced Ratu Tagive off with a head injury moments after the restart and there was another blow for Scarlets – and Scotland – when back-row forward Blade Thomson went off with what appeared to be a shoulder injury.

Will the floodgates open now?

Glasgow made the most of their man advantage when Wilson went over after a tap-penalty in the 46th minute and Hastings soon kicked them 20 points ahead.

However, Scarlets refused to fold and Lee dived over after a dummy near the line.

Steff Evans kept the visitors in the game when he dragged back Tommy Seymour after brilliant play from Hastings had sent his Scotland team-mate away down the left wing.

And the Welsh side suddenly had hope when Gray was yellow-carded following some repeated infringements with 11 minutes left, to be quickly followed by Grigg following a high tackle.

The Warriors repelled the pressure though with some impressive defending, turning the ball over after a close-range tap penalty and defending a five-metre lineout maul.

Seymour and Niko Matawalu then combined to stop Evans in the corner before a Hastings interception snuffed out the final Scarlets attack.