Home PRO14 Glasgow get back on track with win over Edinburgh 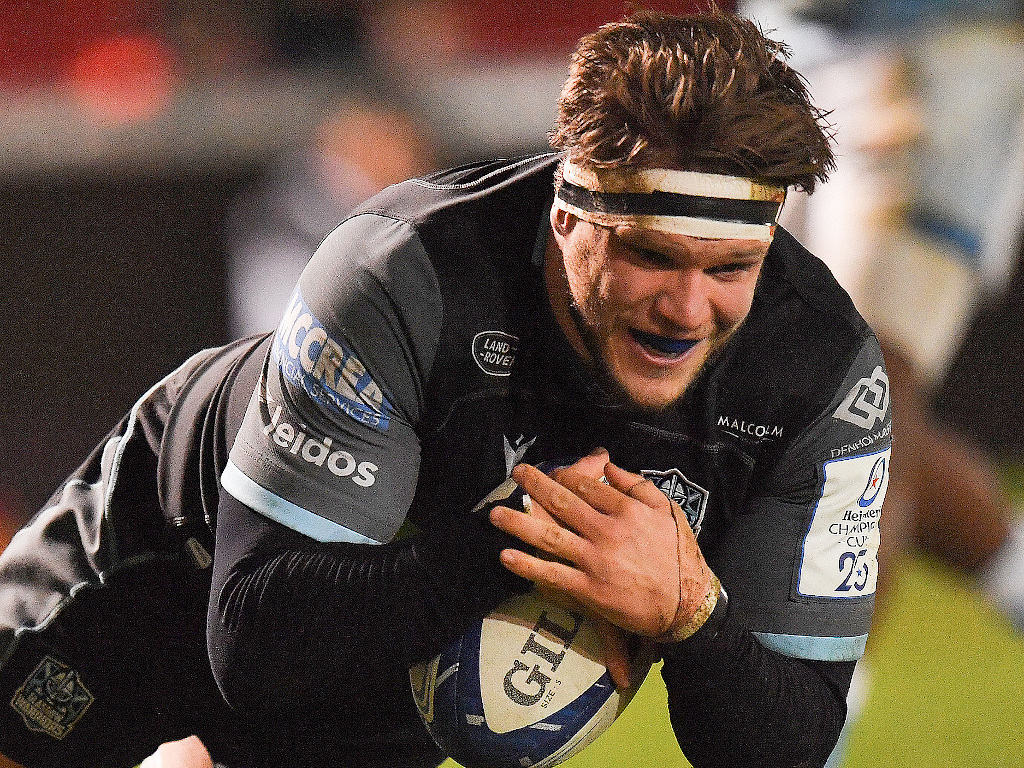 A passing train driver helped Glasgow get back on track as Danny Wilson’s team climbed off the bottom of their PRO14 conference with a 23-22 triumph over Edinburgh.

It was full steam ahead for the capital outfit when Jamie Farndale grabbed the opening try of the derby thriller.

But a blunder by Edinburgh scrum-half Nic Groom, who mistook the horn from a locomotive chugging behind Scotstoun’s North Stand for the half-time buzzer, saw Edinburgh hit the buffers.

That mistake gave Warriors youngster Ross Thompson the chance to kick a penalty and swing the momentum back in Glasgow’s favour.

They then opened up the second half with two quickfire tries as Matt Fagerson and George Turner crossed and although Richard Cockerill’s side hit back through Chris Dean and Eroni Sau, it was the hosts who held on for a big victory which not only moves them off the foot of Conference A, but also levels up this year’s 1872 Cup series at one win apiece.

When the teams last met just a fortnight ago, it took more than an hour of turgid action before a point was scored.

Thankfully there was no delay in things heating up this time, with Warriors’ 21-year-old fly-half Thompson marking his first professional start with two swift penalties before Edinburgh hit back with a Jaco van der Walt attempt.

Turner found himself in the sin-bin on 34 minutes when he needlessly thrust his shoulder into Grant Gilchrist’s midriff off the ball.

It took Edinburgh just three minutes to make their extra man count. Huw Jones did brilliantly to put in a try-saving tackle on Farndale – a late call-up after Jack Blain failed a pre-match fitness test – in the far corner.

But undeterred, they worked it all the way to the left before quickly switching back to the right side as Blair Kinghorn and Dean fed the ball to Farndale, who this time was free to run in for the score.

Yet Glasgow were able to trim the interval deficit back to one as Thompson booted his third penalty after Groom’s bizarre mistake saw him kick the ball out with 30 seconds still left to play having been confused by the train horn.

Warriors were now the team on the charge and they scored twice inside the first 11 minutes of the second half, first when Fagerson smashed over after some patient build-up play before Turner barged through from a driven line-out following a yellow card for Van der Walt.

But the 14-man visitors hit back immediately as Dave Cherry pierced the line before Hamish Watson released Dean to score under the posts.

Glasgow then had to see out the final five minutes a man down when Jones was next to be shown yellow for illegally slowing an Edinburgh attack.

Sau thought he had won it for the men from the east with 90 seconds remaining when he danced down the line to score, only for Van der Walt’s conversion to creep wide.

Man of the match Thompson had the chance to increase the victory margin to four points at the end – but he was wide with another penalty.