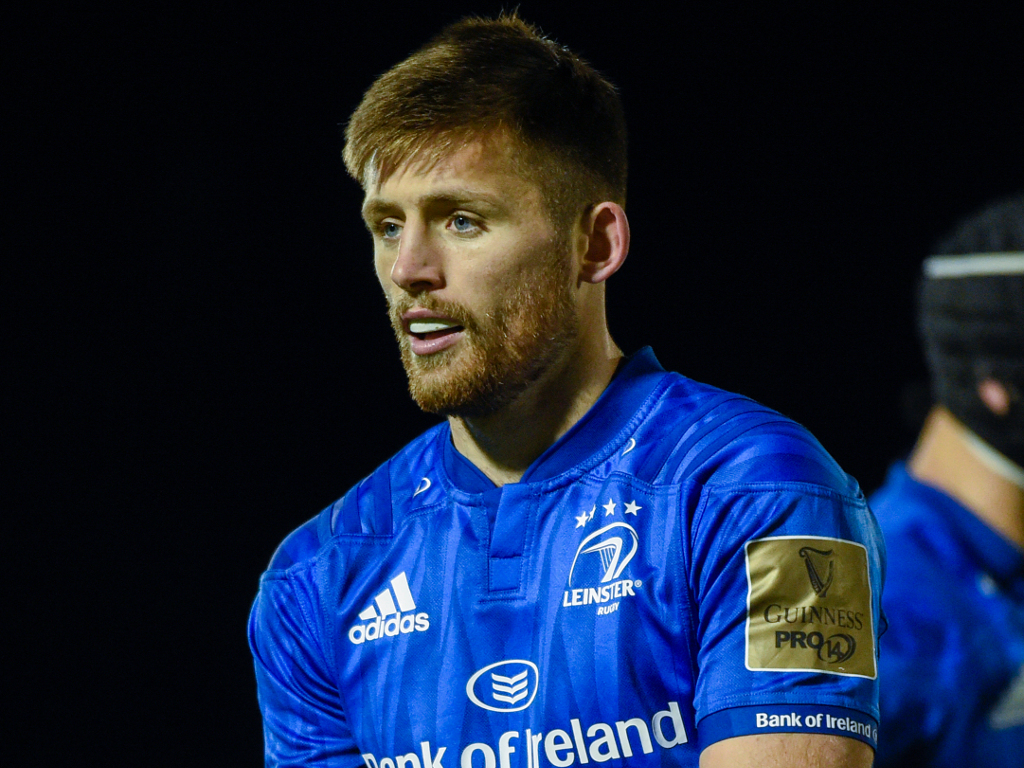 An under-strength Leinster continued their brilliant start to the PRO14 season as they beat Glasgow Warriors 23-10 at Scotstoun on Saturday.

Two Ruaridh Jackson tries in the opening 25 minutes helped Glasgow take a 10-3 lead but Leinster responded with a brace of tries from Cian Kelleher and 13 points from the boot of Ross Byrne to claim the spoils.

Leinster, who beat Glasgow 18-15 at Celtic Park in May to lift their second successive PRO14 title, have now won seven out of seven this season, while the Warriors have won three and lost four.

There was an eventful start at a freezing Scotstoun as Leinster lost full-back Hugo Keenen to a yellow card inside three minutes after he impeded Huw Jones. Then, from the resulting penalty, a combination of a successful lineout and swift hands resulted in Peter Horne putting Jackson over in the corner.

Horne missed the conversion and a simple penalty but Byrne made no mistake with his effort to get Leinster on the board.

Errors abounded but it was Glasgow who stretched their lead when, following Sam Johnson’s break, Jackson was put clear on the left for his second try.

Again the kick was missed and that was followed by a nightmare four minutes for Glasgow as Leinster left wing Kelleher struck twice, first after lazy Glasgow tackling then three minutes later off a lovely pass from Keenan. With Byrne converting both, the visitors were in the driving seat and despite a desperate Glasgow flurry, went in 17-10 ahead at the break.

The second half was all about Leinster power and control. They kept the ball, took over the set-piece and forced Glasgow into errors and frustration.

That frustration led to indiscipline as the Leinster pack splintered the Glasgow scrum for a penalty Byrne was never going to miss and when the hosts, bereft of ideas, again kicked the ball away, the powerful return from Keenan and a big carry from Will Conners brought up the fly-half’s third penalty.

Starved of possession and territory, Glasgow had little hope of breaking down a solid Leinster defence and luck was not with them either, Niko Matawalu slipping when heading for the line and a Jones try pulled back for an earlier infringement.

Conners, James Tracy and Jamison Gibson-Park all niggled away at the Glasgow defence and although no further points resulted, Leinster’s grip on the game did not flag for a moment.

It ended as the first half had done, a huge multi-phase effort from Glasgow which perished, even after they had twice crossed the line, on a ferocious Leinster defence, determined to deny their hosts even a losing bonus.

At the same time a week of unrest got worse for the Ospreys as they were beaten 18-13 by the Cheetahs at The Gnoll, which leaves them level on points with Conference A basement dwellers Zebre. The Cheetahs meanwhile stay third with this their fourth win from the opening seven games.

William Small-Smith and Wilmar Arnoldi crossed for the visitors from Bloemfontein while Ma’afu Fia went over for the struggling Welsh side.

The opening match of the day saw Cardiff Blues pick up an impressive 31-28 win at Benetton, with victories in Italy having been hard to come by in the past. Their try-scorers were James Botham, Lloyd Williams, Alun Lawrence and Jason Harries while Jason Tovey knocked over 11 points.

Following that game there were two matches and it was a day to remember for Zebre as they ended a dire run of 20 consecutive league losses with victory over Dragons. Their 39-12 away result saw Jamie Elliott, Edoardo Padovani, Tommaso Boni, Charlie Walker and Maxime Mbanda score.

Meanwhile, Bundee Aki celebrated his contract extension with a try in Connacht’s 24-12 triumph over the Southern Kings. Finlay Bealham also crossed while there was a try brace from John Porch. Erich Cronje and Scott van Breda replied for the Kings, who stay bottom of Conference B.