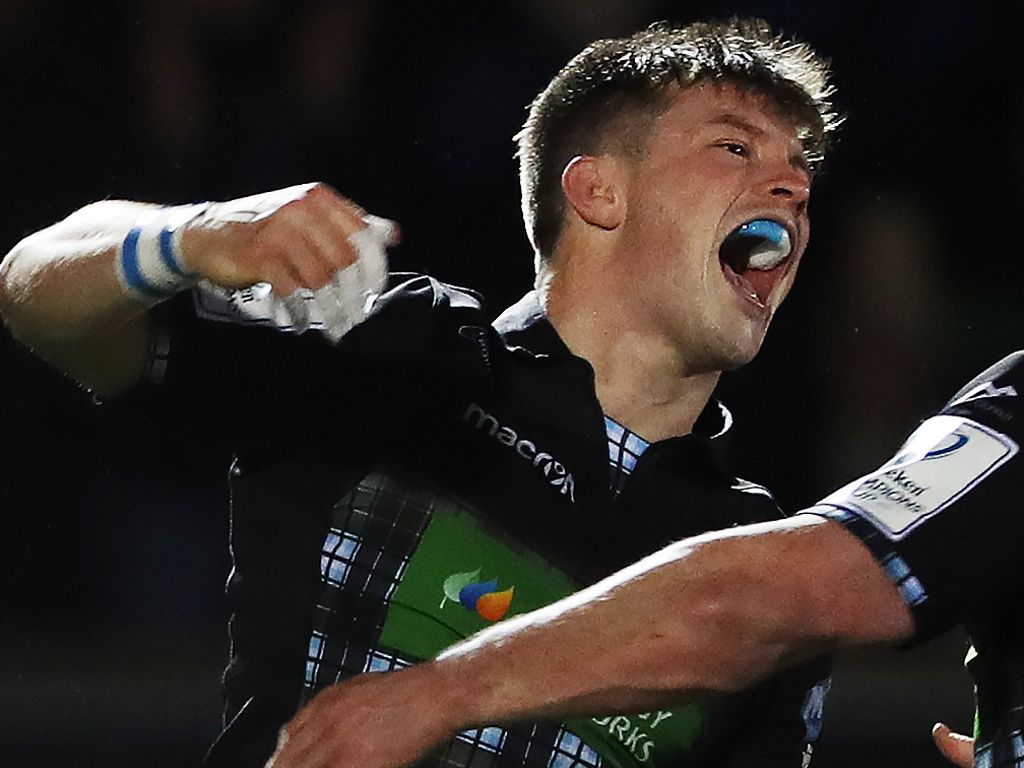 Glasgow Warriors cut the gap on Munster at the Conference A summit to just one point after they thumped Connacht 43-17 at Scotstoun on Friday.

This was an emphatic PRO14 victory for the Scottish side as they dominated from the outset in picking up the bonus-point success on home soil.

Glasgow raced out of the blocks and scored with just 45 seconds on the clock when scrum-half George Horne celebrated his return to fitness with a try, this after wing Kyle Steyn had made the line bust. Brandon Thomson, who signed a new contract this week, added the extras for 7-0.

Thomson was then on target with three points but Connacht would strike back via a try from right wing Stephen Fitzgerald which made it 10-5.

That was good as things got though in the opening stanza for the Irish province as Glasgow then turned the screw, with second-row Tim Swinson powering over from close range just after the half-hour mark, before the rolling maul brought about their third try from hooker Grant Stewart.

At 24-5 up, Dave Rennie’s men boasted a comfortable lead as they went in search of the bonus-point and it came just five minutes after the break with Stewart again the beneficiary of the maul. Thomson knocked over the conversion as the lead was extended to 26 points at Scotstoun.

The closing quarter saw both teams threaten as Paul Boyle crossed for Connacht on 62 minutes before Robbie Nairn hit back for Glasgow. Then Tom Daly would respond for the visitors, making it 38-17 with nine minutes to play. Nairn though would then add the gloss with his brace late on.

In Friday’s other games, Ospreys had to put off-field matters to one side but could not get a much-needed win as they lost 19-13 to Munster.

A pre-game interview from head coach Allen Clarke shed light on current concerns at the region and despite a decent opening half-hour against the Irish side – Hanno Dirksen crossing as they led 10-7 – Munster responded with a penalty try to get a half-time cushion of four points.

Munster had earlier crossed through wing Darren Sweetnam and in the second 40 full-back Mike Haley scored what proved to be the match-winner.

Fellow Irish province, Leinster, survived an early scare at the RDS against the Kings as they eventually ran out comfortable 59-19 winners.

Their tries came from Noel Reid (2), Ed Byrne (2), Barry Daly, Andrew Porter, Max Deegan, Patrick Patterson and Rory O’Loughlin in what turned into a romp. Bjorn Basson, Sarel Pretorius and Ulrich Beyers went over for the visitors, who remain rooted to the foot of Conference B.