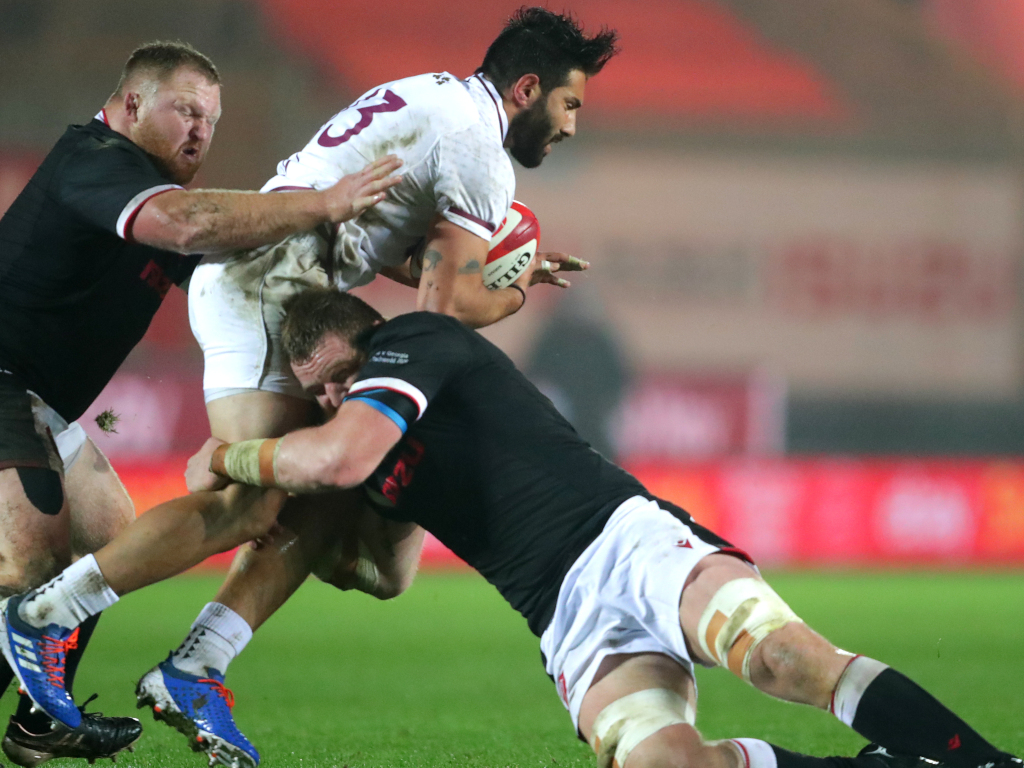 Gloucester have announced the arrival of Georgian international Giorgi Kveseladze, who impressed during the recent Autumn Nations Cup.

Kveseladze will link up with the Cherry & Whites with immediate effect, following the conclusion of the Autumn Nations Cup with Georgia. The abrasive centre put in a number of impressive performances across the international campaign, including a remarkable solo try in Ireland.

Kveseladze burst onto the scene with the Georgian national side, showing his ability to compete at the highest level and at just 23, the powerhouse still carries a significant amount of potential to expand his game.

“We’ve been tracking Giorgi’s progress closely, and we were increasingly impressed by his performances, most notably in the Autumn international series,” Brown said.

“We are eager to see him test himself and develop in the Premiership, and he will add further strength in depth to our midfield.

“Giorgi will join up with the squad straight away, so we are looking forward to integrating him into the group as soon as we can.”

Upon signing his contract at Gloucester, Giorgi was overjoyed to be coming to Kingsholm.

“I am very proud to sign for such a traditional club. I know the club very well and I am really happy to have this opportunity to join Gloucester.”

The votes have been counted!
The winner of ‘Try Of The Round’ with 92% of the vote is… 🥁 Giorgi Kveseladze!