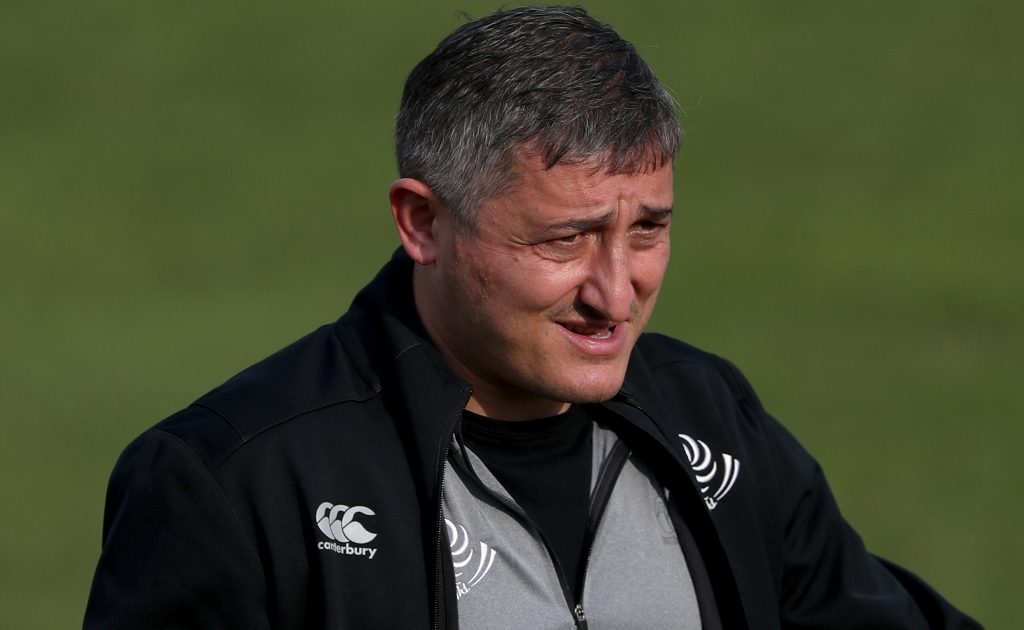 Georgia head coach Levan Maisashvili is on the road to recovery in his ongoing Covid-19 battle and has returned home after a two-month stint in a Johannesburg hospital.

He was admitted to hospital shortly after Georgia’s 40-9 Test defeat to South Africa at Loftus Versfeld early in July and was diagnosed with ‘serious lung damage’.

A second Test in Johannesburg was cancelled after Covid-19 outbreaks in both the Georgia and Springbok camps. At the time, Georgia Rugby spokeswoman Tatia Beriashvili confirmed in an email to the Associated Press that Maisashvili had not been vaccinated against the virus.

The Lelos were also forced to cancel their home Test against Scotland due to the high number of Covid cases in their squad.

But there were happy scenes in Georgia earlier this week when Maisashvili was greeted by his players and members of the public upon his arrival back in Tbilisi.

The 51-year-old took charge of the Lelos last year after previously serving as the team’s defence coach. Despite struggling during their 2020 Autumn Nations Cup campaign – where they lost all their Tests against England, Wales, Ireland and Fiji – they bounced back by winning five consecutive matches in this year’s Rugby Europe International Championship which put them in a good position to qualify for the 2023 Rugby World Cup in France.

Georgia are set to face France and Fiji in autumn internationals in Europe during November.