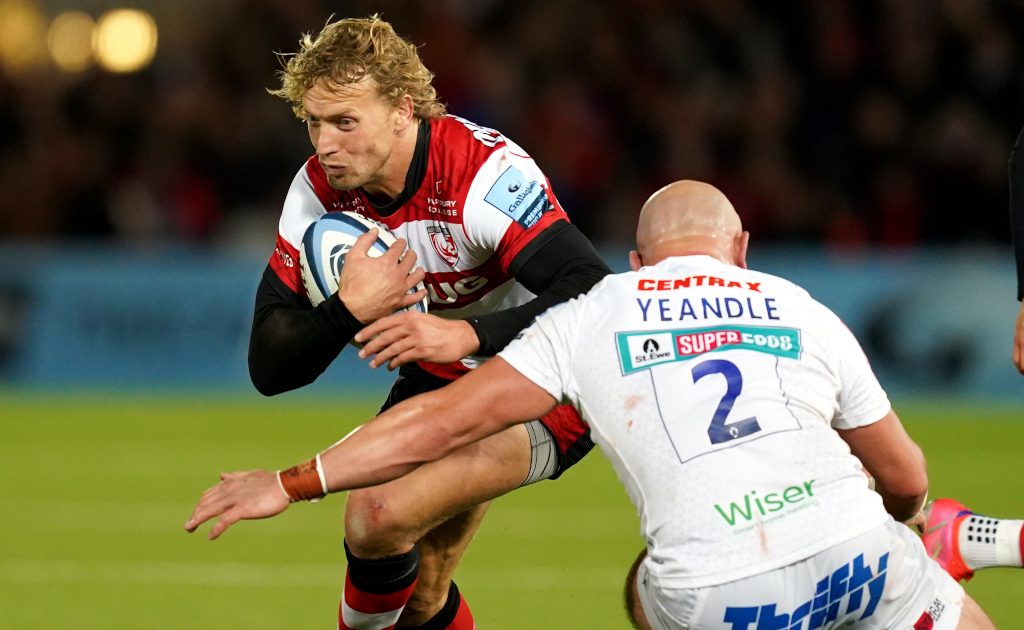 Gloucester head coach George Skivington could not hide his frustration as his outfit let slip a half-time lead to go down 16-13 to Exeter Chiefs at Kingsholm.

Skivington believes some of his players went “off script” in Friday’s Premiership game as the Cherry and Whites’ four-match unbeaten run came to an end.

Gloucester led 13-6 at the break thanks to a try from Jack Singleton and eight points from the boot of Scotland international fly-half Adam Hastings, but they missed chances to kill their opponents off in the 10 minutes after the restart.

Chiefs made them pay

Exeter made them pay for their profligacy by scoring two tries from Alec Hepburn and Will Witty, with Harvey Skinner having contributed a pair of first-half penalties.

Skivington said: “We had chances but we weren’t accurate enough by making a few basic errors and we need to be more clinical if we are going to stay in the top half of the table.

“The challenge was to match Exeter in terms of physicality and work rate and we passed that test with flying colours.

“Exeter are a quality team and will finish in the top four, but I’m frustrated and disappointed that some of our boys went off script and our execution has got to be better.

“We looked great at times but then became pretty poor and we keep letting sides back in, so part of our growth has to be closing games out.

“We are in a good spot and have grown a lot from last year, but we are still not playing at the top end of our game and there is loads to reflect on, so the break has come at a good time.”

Exeter director of rugby Rob Baxter was delighted with his side’s improvement after last week’s surprise home defeat at the hands of London Irish.

He said: “It was a very hard-fought win and a very different game to last week.

“After we got in front we still looked edgy, but even if it had slipped away from us at the end I could have walked away with some satisfaction because we had more consistency to our game.

“I told them beforehand that they should never forget the privilege of playing a game of Premiership rugby, and it felt like one of those early victories when we first came up into the league.

“You should never stop enjoying winning a game and cherish the memory of doing so.

“The game was all about emotion and, although we couldn’t get control in the middle third of the pitch, we stayed in the fight right to the end.”

Beno Obano set for lengthy spell on the sidelines

Meanwhile, Bath front-row Beno Obano’s season could be over after the Premiership club announced that he sustained a ruptured anterior cruciate ligament during last Saturday’s clash with Harlequins.

The 27-year-old is the second Bath player to be sidelined for a lengthy period in recent weeks after Anthony Watson suffered the same injury in his team’s home defeat to Saracens earlier this month.

Obano’s injury was a contentious issue as he continued to play after Bath’s medics checked him out when he damaged his knee and he even packed down at a scrum in his side’s 31-17 loss at Twickenham Stoop.