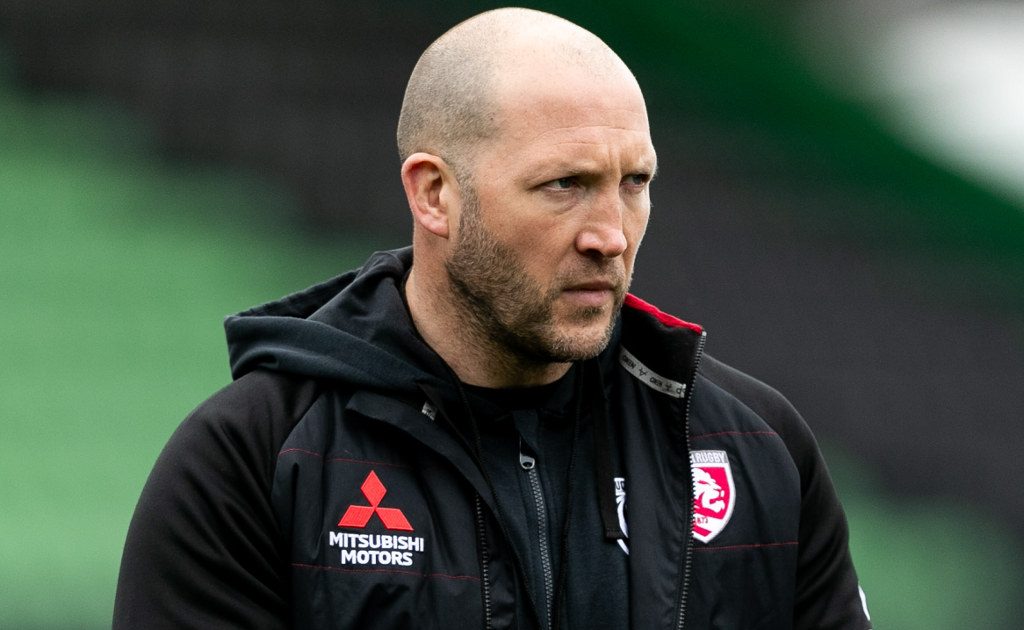 Gloucester head coach George Skivington was full of praise for his team’s defensive effort after they launched a fightback which helped them seal a 25-25 draw against London Irish at the Brentford Community Stadium on Sunday.

The Cherry and Whites found themselves under the cosh for long periods and were trailing 14-0 midway through the opening half and 17-6 soon after half-time, but kept their cool and finished strongly by scoring three tries in less than 15 minutes.

Ben Morgan (2) and Louis Rees-Zammit crossed the whitewash while Adam Hastings added two penalties and as many conversions.

For the Exiles, Agustin Creevy, Isaac Curtis-Harris and Matt Rogerson scored tries with Paddy Jackson succeeding with a couple of conversions and two penalties.

Skivington said: “Irish came out firing and we were slow out of the blocks being sloppy in conceding two early tries.

“We didn’t execute a five-metre line-out just before the interval and that summed up our first-half performance.

“We did just enough not to let it get totally away from us as our defence was heroic. We had warriors out there, with it being a day for rolling up your sleeves.

“Lewis Ludlow worked tirelessly throughout the game but cramped up towards the end.”

Rees-Zammit’s 75-metre interception try put Gloucester in front for the first time but Rogerson’s late effort clawed the visitors back.

Skivington said: “We could have won the game and I’m disappointed that we didn’t close it out as we messed around in our 22.

“However, we will take a draw as Irish will be winning games soon. You’ve got to be on your toes against them as they are a big attacking threat.”

After three defeats and a draw, Irish missed a golden opportunity to pick up their first win of the season but failed to capitalise on their total dominance in the first half, being only eight points ahead at the interval when it should have been nearer 20.

Director of rugby Declan Kidney said: “There is no doubt we had plenty of opportunities and if we had taken them we would have won the match.

“We dominated for long periods of time, so the dressing room is disappointed and frustrated by the result.

“We needed to be smarter on one or two occasions but we’ll take credit for fighting back after giving Gloucester the upper hand.

“We are at Sandy Park next week and we have nothing to lose down there as they will have all their internationals back, but we need to improve ourselves.”

Meanwhile, Newcastle Falcons director of rugby Dean Richards was a relieved man after his team’s victory against Bristol Bears in their Premiership clash at Kingston Park on Saturday.

In what proved to be a scrappy encounter, with both sides wasting several opportunities, the home side eventually claimed a 13-5 win courtesy of a converted Callum Chick try just before the interval and two late penalties from fly-half Brett Connon.

The result means the Falcons move up to fifth position on the Premiership table and Richards was full of praise for a good all-round performance from his charges.