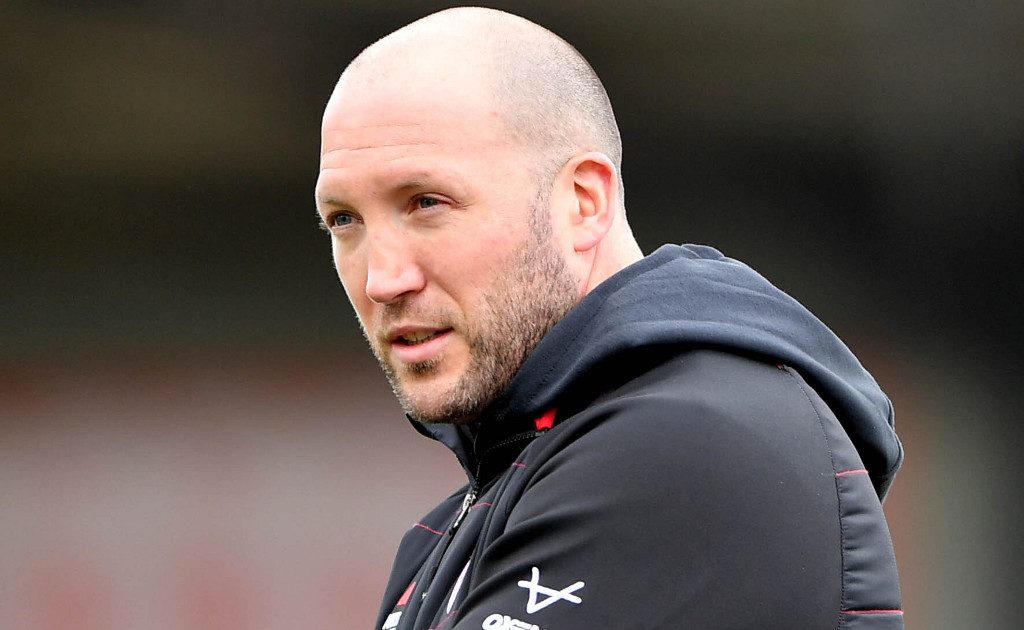 George Skivington praised the consistency his Gloucester players are building after they sealed a deserved 27-10 Premiership victory over Bristol Bears on Friday.

The Cherry and Whites ended a run of five successive Premiership losses against the Bears and, in doing so, claimed bragging rights from an intense West Country derby.

Moved into the play-off places

The bonus-point victory means Gloucester move into fourth place in the Premiership standings, three points ahead of Northampton Saints, who face bottom-placed Bath on Saturday, while Bristol are languishing in 10th position.

“When I came in, everyone was talking about Gloucester’s inconsistency, and we showed a bit of that last season,” Skivington said.

“I think we have just started to kick forward a bit in our game and build that consistency. You have to be consistent in this league.

“That is credit to the players. They solve problems together, they stay very tight and there is no one screaming and shouting at each other when things go wrong.

“Bristol are dangerous, and there were plenty of times in that game when they put a lot of pressure on us. It was a derby game, and we came out on the right side of it.”

Gloucester’s first Premiership success against Bristol since 2018 was secured by tries from hooker Jack Singleton and centre Chris Harris, before a second-half penalty try sealed the deal and substitute scrum-half Charlie Chapman claimed a fine solo score in the final minute.

Fly-half Adam Hastings kicked a penalty and conversion, while Bristol replied through a try from their former Gloucester back Henry Purdy, while Callum Sheedy converted and kicked a penalty.

Skivington added: “I think Chris is outstanding. He’s a massive character in this group. He is a real leader.

“We took our chances tonight and we got a couple (of tries) with the maul.

“My message at half-time was I felt we hadn’t capitalised on the pressure we had put on, but Bristol are quality – they finished top of the league last season – and they made the breakdown an absolute dogfight.

“But we built some nice momentum, and we took our chances in the second half.”

Bristol now go into the Heineken Champions Cup on the back of successive league defeats against Northampton and Gloucester, and they remain a long way off the top-four pace.

Bristol rugby director Pat Lam said: “We needed to put the ball in behind them, but we didn’t do it, which is frustrating.

“We lost that game fair and square. We didn’t have enough composure.”

Exeter Chiefs director of rugby Rob Baxter said Saracens have served their punishment ahead of the teams’ Premiership encounter at Sandy Park on Saturday.

This season has seen Saracens return to the Premiership, after they received a £5million fine and were relegated last year for persistent salary cap breaches, but they have done well and are currently in second position on the table while Exeter are in sixth spot.

“It’s like anything in life, you can keep looking back on it and keep going ‘that wasn’t fair, that wasn’t fair’. It doesn’t do a lot of good now,” he said.

“I know we continually get brought up as the team, but there were 10 other Premiership clubs who were pretty annoyed as well.

“Now, we are all getting on with it. Saracens have done their time, and they are back, and we are all moving on under new salary cap regulations.”