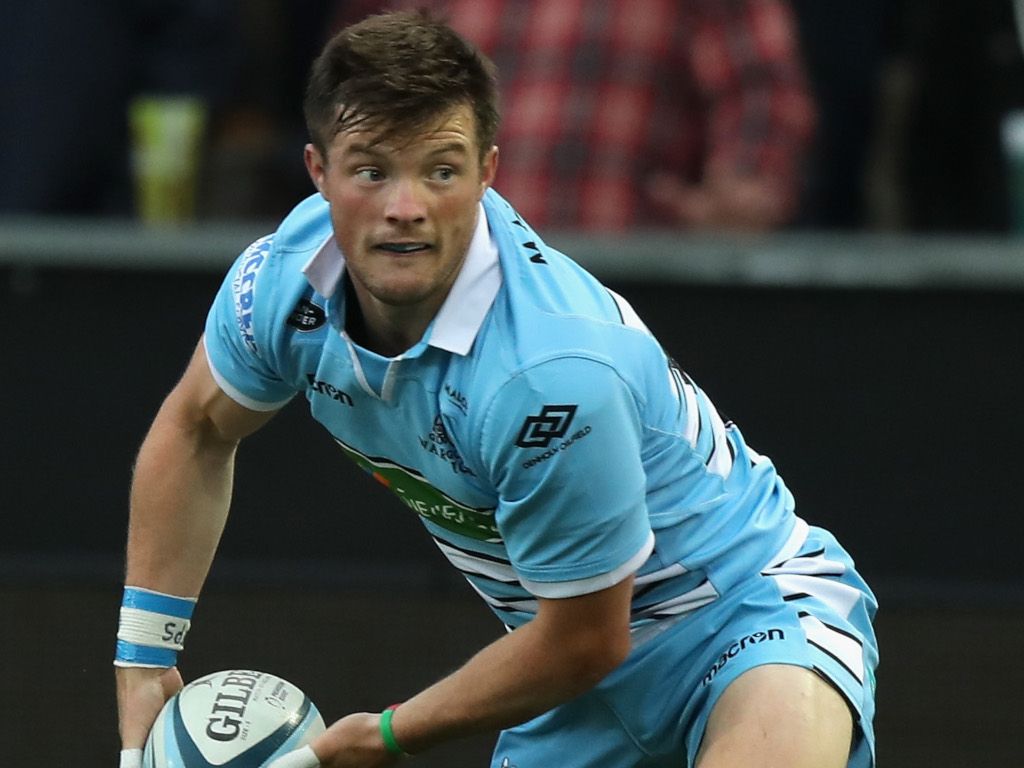 George Horne returns from injury to start for Glasgow Warriors against Connacht in Friday’s PRO14 clash at Scotstoun.

Horne has been sidelined since Glasgow’s Champions Cup clash against Saracens and partners Brandon Thomson at half-back – the 23-year-old fly-half fresh from signing a new two-year contract with the club.

Paddy Kelly is brought into the midfield for his first Warriors start. He partners Stafford McDowall, both having played together regularly for Ayr in the Tennent’s Premiership.

Niko Matawalu missed Glasgow’s victory in Cardiff with a head knock but has successfully passed his return to play protocols to start this Friday. Ruaridh Jackson and Kyle Steyn join him in the back three.

Oli Kebble has recovered from a sickness bug to start in the front-row and Siua Halanukonuka starts the other side of hooker Grant Stewart.

Tim Swinson and Scott Cummings continue their partnership in the second-row and behind them Chris Fusaro returns from injury to captain the side. Rob Harley and Adam Ashe are the other loose forwards selected to start.

On the bench Matt Fagerson is involved in a matchday squad for the first time since picking up a shoulder injury in Glasgow’s Champions Cup victory over Cardiff Blues in January.

Meanwhile, Connacht scrum-half Kieran Marmion has returned from injury to take his place in the Connacht side to play Glasgow at Scotstoun on Friday.

Marmion came off the bench in Connacht’s victory over the Cheetahs last week, but this will be his first start since Ireland’s win over the All Blacks in November.

He forms a half-back partnership with 21-year-old academy player Conor Fitzgerald, who comes in for Jack Carty. Fitzgerald’s brother Stephen is set for his second consecutive start on the wing and is part of a back three that includes Matt Healy on the opposite wing and Tiernan O’Halloran at full-back.

Kyle Godwin and Tom Daly form the midfield partnership, with Bundee Aki and Tom Farrell away on international duty.

In the forwards, Dave Heffernan comes in at hooker in a front-row that includes loosehead Denis Buckley and tighthead Finlay Bealham. 21-year-old Sligo man Cillian Gallagher starts in the second-row alongside James Cannon.

In the back-row, head coach Andy Friend has retained the same trio that started the win over Cheetahs last weekend, with captain Jarrad Butler starting at number eight and Eoin McKeon and Colby Fainga’a at blindside and openside respectively. 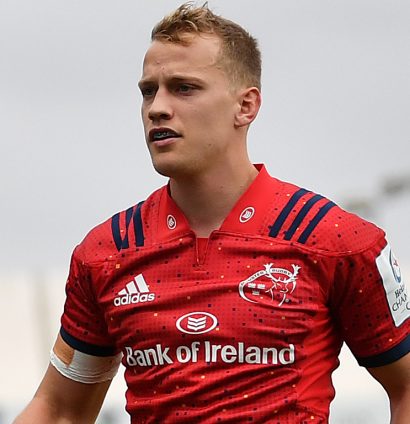 Ospreys will be looking to bounce back from last week’s disappointing 8-0 loss to Ulster when they play host to Munster in the PRO14 on Friday.

Luke Price has been named at fly-half as injury rules out Sam Davies while Keelan Giles comes in for Luke Morgan on the left wing for the game.

In the forward pack there’s a start for Rob McCusker at number eight while James King is included in the second-row in place of Lloyd Ashley.

Meanwhile, Billy Holland captains Munster with six changes to the XV that secured a bonus-point win over the Kings at Irish Independent Park last week.

Calvin Nash makes his first start of the season on the right wing with Jaco Taute and Dan Goggin coming in to form the centre partnership.

Jack O’Donoghue is named among the replacements and is set to make his first appearance since sustaining a knee injury last May.

Mike Haley starts at full-back with Nash and Darren Sweetnam on the wings. Taute and Goggin are named in midfield with Neil Cronin and Hanrahan in the half-backs.

Jeremy Loughman, Marshall and Archer pack down in the front-row with Jean Kleyn and Holland in the engine room. 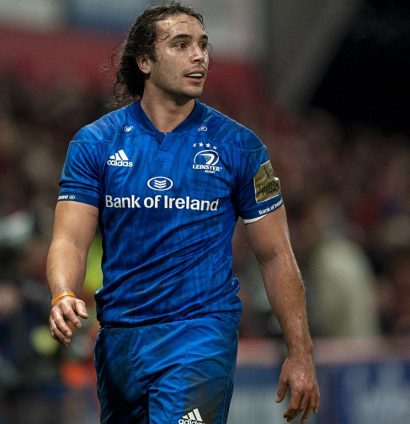 Rónan Kelleher will become the 54th Leinster player to pull on a senior jersey this season when he makes his debut at hooker against the Southern Kings on Friday.

The Lansdowne player only turned 21 last month and is in his second year in the Leinster academy. He is also the younger brother of Connacht back Cian Kelleher.

Beside Kelleher in the front-row will be Ed Byrne and Andrew Porter, while Ross Molony captains the side from the second-row where he will be partnered by Clontarf’s Mick Kearney.

There are no changes in the back-row from last weekend’s bonus-point win away to Zebre with Josh Murphy, Max Deegan and Caelan Doris named once again.

Barry Daly moves from the left wing to full-back this week with Fergus McFadden making a welcome return from a hamstring injury on the right wing. McFadden hasn’t played since the Munster match in October last year. James Lowe also comes into the side in the number 11 jersey.

In the centre Noel Reid comes in to start at inside centre with Conor O’Brien moving out one slot to number 13.

Finally in the half-backs, Hugh O’Sullivan starts at scrum-half with Ross Byrne at 10.

On the bench, Jack Dunne who made his Leinster debut last weekend is in line to play his first ever game at the RDS should he be introduced.

Meanwhile, Ulrich Beyers will earn his first starting berth for the Southern Kings when the side takes on PRO14 defending champions Leinster in a Round 16 clash at the RDS Arena in Dublin on Friday.

The 28-year-old full-back, who has come off the bench four times for the Port Elizabeth side, will earn his first start as he replaces Masixole Banda in a rotational change to the line-up.

Banda, who has started in all 15 Southern Kings games played so far this season, will be on the bench.

Veteran scrum-half Sarel Pretorius will also be getting his first start in the number nine jersey as he rotates with Stefan Ungerer, who will provide cover from the bench this week.

Elsewhere, the Kings will this week start without captain, JC Astle, who will also be on the bench.

His spot in the second-row will be taken by Stephan Greeff while hooker, Michael Willemse, will assume the captaincy role for the Leinster clash.

Another change in the forwards clash will see flanker Henry “Bakkies” Brown returning to the starting XV, exchanging spots with Stephan de Wit, who falls out of the match-day squad.

Former Junior Springbok prop Alulutho Tshakweni will get another spot in the starting XV as he rotates with veteran Schalk Ferreira, who will provide cover from the bench.