Home Scotland George Horne hoping to get a start against Japan 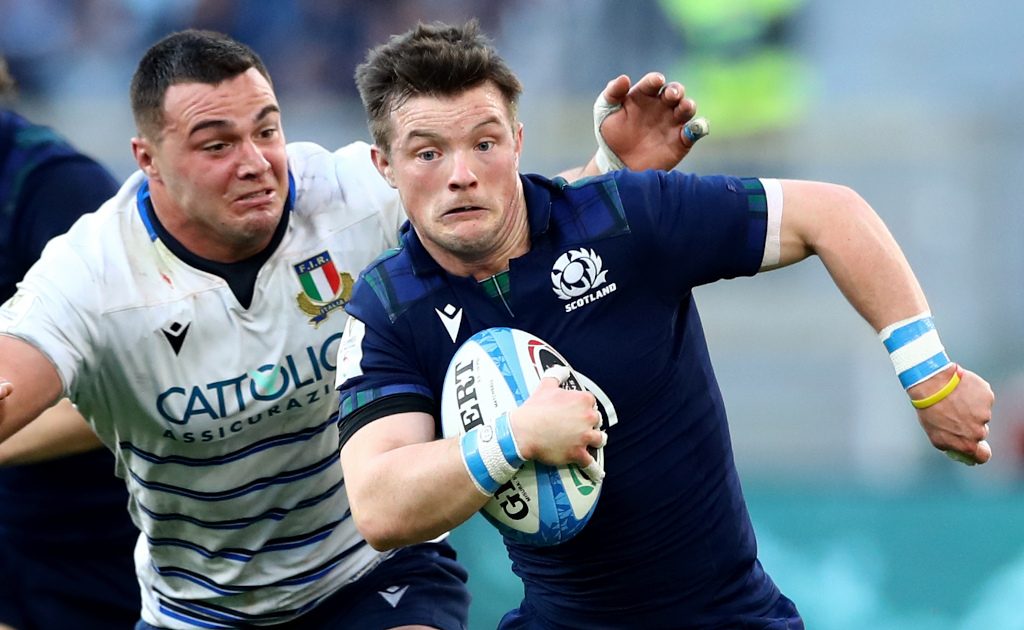 Speaking of his normal role as a replacement, Horne said: “It’s quite tough, when you are not getting too much game time but you know you have still got a big role to play.

“Whether that was the Australia game last 10 minutes to just be accurate in what we are doing and close the game out, or it’s a slightly different scenario at the weekend coming from behind, when it’s a case of trying to up the tempo and play at speed and put them under pressure.

“It’s tough when you don’t get much minutes on the field but I think it’s still an important role and you have to adapt to the situation the game gives you.

“You want to start games but it’s not up to me. Hopefully I get a start but if I come off the bench I just want to get out there and play for Scotland and play as well as I can.”

Horne came on against South Africa last Saturday just after the game started to slip away from Gregor Townsend’s team and they ultimately lost 30-15.

Horne said: “It was tough. The last 10 minutes I got on we were quite far behind so we knew we had to roll the dice a bit and try and score a couple of tries, which is not easy against them.

“They suffocate you well and defend well. They showed how they implement their game plan, which is effective, and at times we played into their hands.

“So there is a bit to work on but looking forward to righting some of those wrongs this week.”

Another atonement Scotland might be looking for is to show they have improved since their defeat against Japan in the World Cup.

But Horne said: “Firstly, I think we are completely different team now. We have developed our game a lot the couple of years and we are up there with the best teams in the world defensively.

“Hopefully we can put them under a lot of pressure and not let them play their offloading, expansive game.

“We kind of know what’s coming, we played them a couple of years ago. They’ve got a fairly similar team, but both teams are still a lot different.