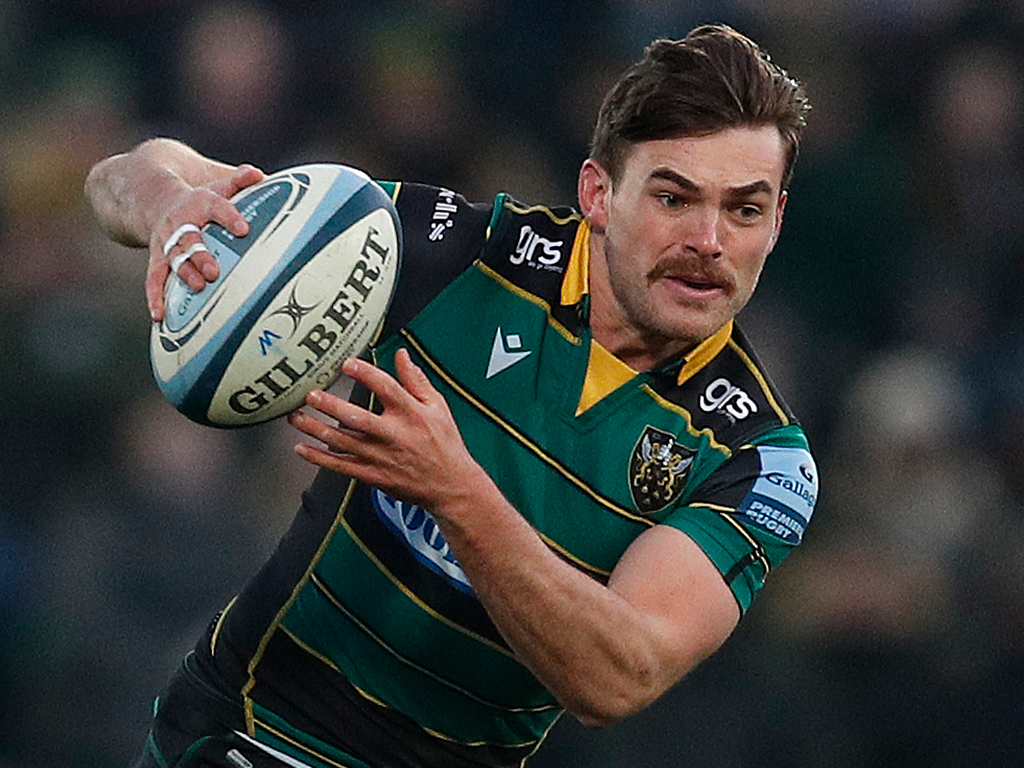 George Furbank and Fraser Dingwall will both hit a half-century of senior appearances for Northampton Saints against London Irish in their Premiership clash on Friday.

The men in Black, Green and Gold make six changes in total for the match against the Exiles at Franklin’s Gardens, with Nick Auterac, Mikey Haywood, Alex Moon and Tom Collins all also returning to the starting line-up.

The league clash sees fifth take on sixth, as the sides lock horns for the first time this season (with January’s match cancelled) – and Saints will be hoping to build on a strong recent record over Irish, having won four of the last five encounters between the sides.

Director of rugby Chris Boyd makes three changes to the Northampton backline that went down to Ulster last weekend, with Furbank shaking off a calf injury to start at full-back, and centre Dingwall recalled to the hosts’ midfield to partner Piers Francis.

Collins is named on the opposite wing to the in-form Ollie Sleightholme in the final backs switch, with Dan Biggar and Alex Mitchell continuing in the half-back berths for the second straight week.

Flanker Lewis Ludlam skippers the side from an unchanged back-row, with Nick Isiekwe and number eight Teimana Harrison selected again for Saints.

Moon comes into the engine room to join David Ribbans at lock, while two more changes in the front-row see loosehead prop Auterac and hooker Haywood rotated into the side to join tighthead Paul Hill.

There’s plenty of firepower to come off the Northampton bench too; the likes of Rory Hutchinson and Ahsee Tuala will be ready to make an impact if required, plus Alex Waller and Tom Wood offer plenty of experience from amongst Saints’ replacements.

Meanwhile, Blair Cowan captains the Exiles in what will be his 150th appearance in a London Irish jersey.

In the front-row, Allan Dell, Motu Matu’u and Lovejoy Chawatama combine, with Chunya Munga and Rob Simmons in the second-row.

Nick Phipps and Paddy Jackson continue as the half-back duo, with Terrence Hepetema and James Stokes forming the centre partnership.

Ollie Hassell-Collins, Ben Loader and Tom Parton are named as the back three trio.

Our squad for the trip to Franklin's Gardens tomorrow night, live on @btsportrugby 👇 #NORvLIR

Form: Northampton Saints have won two of their last three Gallagher Premiership Rugby encounters, at home to Sale in Round 13 and away at Worcester in Round 15. The Saints have won just twice at Franklin’s Gardens in any competition in 2021, both in Premiership Rugby, a declared win over Newcastle in Round 9 and a 17-14 victory against Sale on 13 March. London Irish’s last six games in all tournaments have all gone the way of home field advantage whilst their only away win in any competition since December was 16-10 at Wasps on 27 February. The two sides should have met in Round 5 of Gallagher Premiership Rugby, but Northampton were declared victors due to the health situation. London Irish have beaten Northampton only once since 2015: 20-16 at Franklin’s Gardens in January 2020.