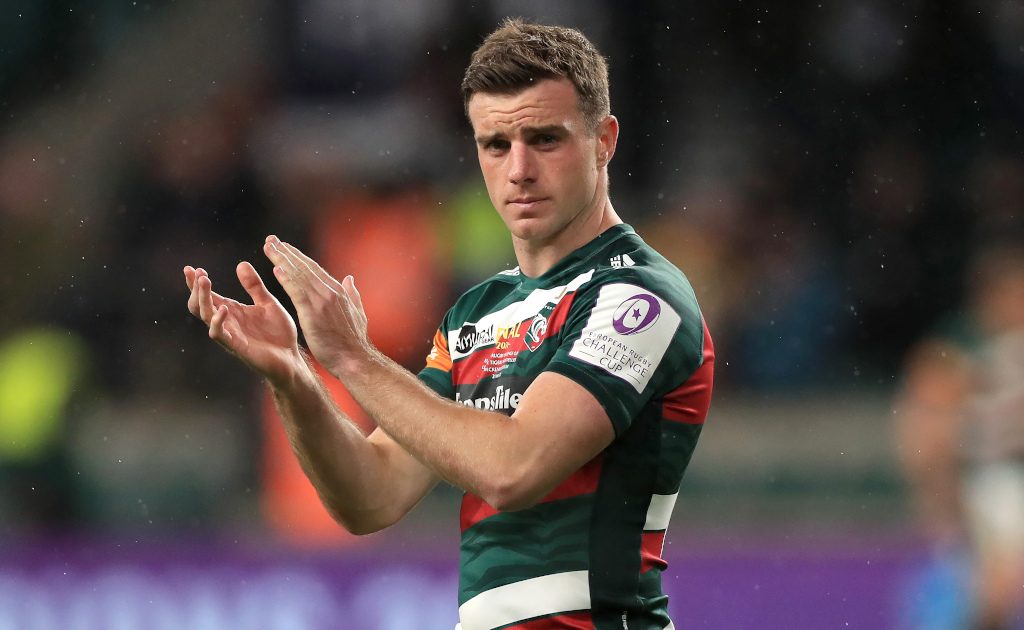 Sale Sharks have announced the signing of fly-half George Ford, who will join the club from Premiership pace-setters Leicester Tigers at the end of the season.

Ford, 28, made his senior debut for Leicester in 2009, while still a member of the Tigers Academy, and made 40 senior appearances before joining Bath in 2013.

He returned to Leicester in 2017 and has played 73 matches during the past four seasons, to total 113 appearances for the club to date and has starred in 2021.

Sale director of rugby Alex Sanderson hailed the move as “massive” – and CEO Sid Sutton said it demonstrates the ambition at Sale to take the club to the top.

“George Ford is world class – one of the very best fly-halves in the game over the past five years. This season he has probably playing the best rugby of his career so we’re getting him at the right time,” said Sanderson.

“I met him twice and we had the chance to show him around the ground and the fact that he’s taken this decision, in the form that he’s in, with Leicester doing so well, tells me that he believes in the ambition of this club, and in the culture that we’re building.

“He’s a northerner and his heart is very much in this area. He’s been away for some years now but he’s coming back to his spiritual home. His family is hugely important to him and I know that his life outside rugby has played a part in this move.

“The exciting thing for me is that he’s 28 years old, and he’s coming here in the form of his life. We aspire to be a major force in the Premiership and in Europe too and we’ve got one of the world’s best flay-halves in his pomp.”

He added: “It’s massively exciting but not just because of how talented he is. When I’ve spoken to him it’s clear that he wants to help us bring the younger players in our squad on. He has so much desire to lift the people around him and that’s the kind of person I want here.

“It’s a massive boost for the club and it’s a big indication of what we’re all about and where we’re trying to get to.”

Leicester Tigers head coach Steve Borthwick said: “George has made a personal decision, which he informed us of earlier this week, which means this will be his final season in Leicester.

“I have had the pleasure of working with him for a number of years, with England and now here at Tigers, and I am grateful to have had that privilege.

“We are fortunate to have the best following in rugby, who have been able to enjoy watching George represent their club for many years and I am sure they will echo me in thanking him for his contribution to Tigers.

“There are still a lot of games to be played in this season and George is fully committed to finishing his time at Leicester Tigers in front of big crowds at Mattioli Woods Welford Road, which our supporters can be proud of and to share in success with them.”

On his impending move, Ford revealed: “It has been the most difficult decision of my career.

“I am proud and grateful to represent this great club at Leicester and I will give my all for the rest of my time at Tigers.”