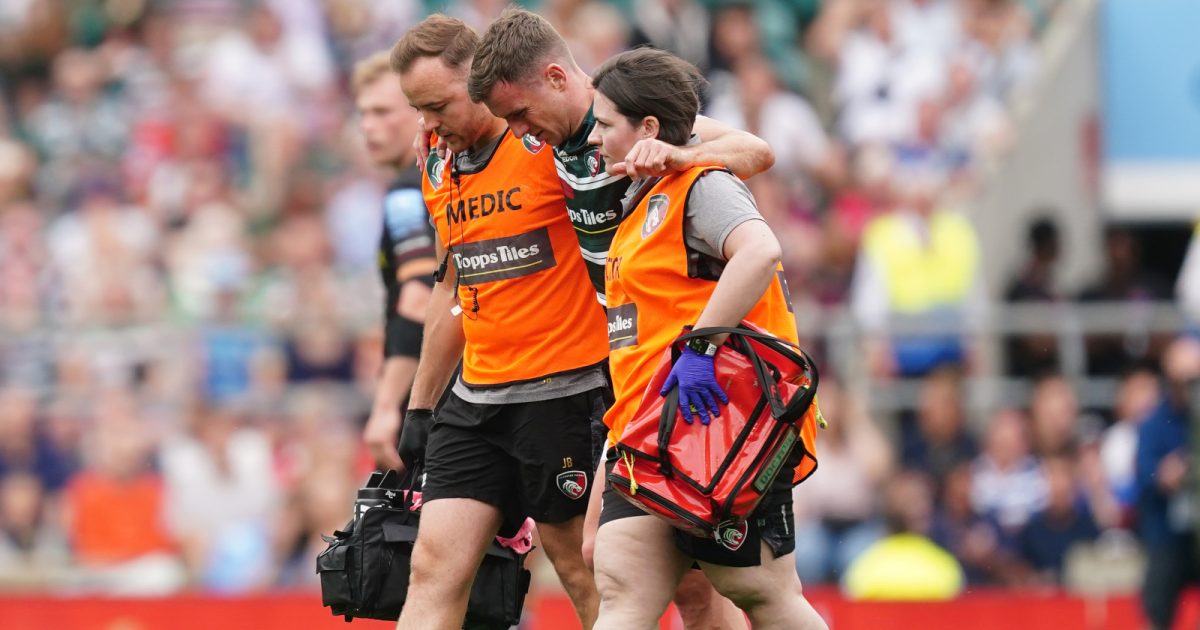 Sale Sharks are due to be without their star signing for the rest of 2022 after their director of rugby Alex Sanderson confirmed that England fly-half George Ford is set for a lengthy spell on the sidelines.

The 29-year-old was one of Sale’s big-name additions ahead of the upcoming campaign, but Sanderson revealed that Ford has undergone surgery on an Achilles issue.

He sustained the injury during Leicester Tigers’ Premiership final clash with Saracens in June and was forced off the field in the first half.

Sharks are hopeful that the pivot will be available for the encounter with his old club Leicester on December 30, but it is a setback for player, club and country.

“George ruptured his Achilles going over on his ankle in the Premiership final and we are hoping he will be back in six to nine months for the Leicester home game at the end of the year,” Sanderson told the Times.

“He had the operation about 10 days later and Leicester were really good pushing it through.

“It means we will lose George for the first half of the season, but we do have Rob du Preez fit, which wasn’t the case at the start of last season.”

Sale and England also have concerns around Manu Tuilagi, who is out of contract at the end of the season.

Tuilagi has endured a number of injury issues during his career but is set to be fit for the start of the campaign.

However, if the Sharks can’t tempt him to stay the centre may look abroad, which would put his World Cup participation in doubt.

Only players based in the Premiership are considered for England duty and that would rule Tuilagi out should he decide to leave following the completion of the 2022/23 season.

No lack of drive

“Manu has been looking really good and should be ready for the start of the season,” Sanderson said.

“He is out of contract next year but there is no talk of him retiring and I think that this season and the World Cup will determine if he is robust enough to continue.

“There is no lack of drive and he wants to stay here and why wouldn’t you?

“Everything happens a bit earlier now and his (Manu’s) agent, you hear down the grapevine has gone, as is his prerogative, to see what the French market has to offer.

“Manu still needs to hear from me that we want him and where his future lies.

“Agents will want to ring up every week and have some kind of negotiation but there really isn’t any room (in the £5 million salary cap) because everyone has planned their pennies.

“Our only point of difference against the French and Japanese clubs is the care and infrastructure we have put in place.”