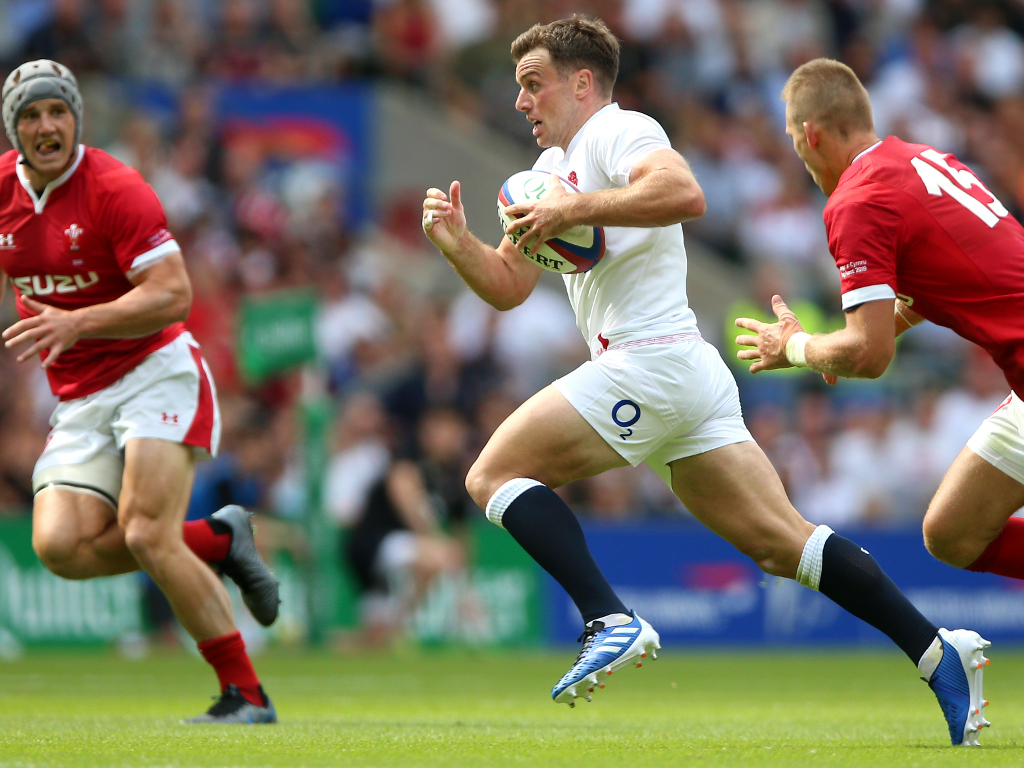 England captain George Ford hailed his side’s mentality as they sealed a 33-19 win over Wales in their Rugby World Cup warm-up match at Twickenham on Sunday.

First-half tries from Billy Vunipola, Joe Cokanasiga and Luke Cowan-Dickie helped set up the win with Ford adding 15 points via the boot.

And the fly-half believes the team should be satisfied with their performance.

“I thought the attitude, the energy and the enthusiasm was good and we know what we need to work on now. We said all week what a great opportunity it would be in front of a packed crowd. We wanted to rip in and work together, not everything was going to be perfect but we found a way.

“As players we wanted to start building a winning mentality and we’ll enjoy tonight but there is still lots to work on.

“We started well, lost it a little bit in the middle but the pleasing thing was we got it back. We played to our strengths, the scrum and the line-out was a massive positive.”

There were debuts for Willi Heinz, Lewis Ludlam, Joe Marchant and Jack Singleton in the game and number eight Vunipola admitted the reaction of Ludlam during the national anthem in which the flanker was visibly moved by the occasion was an inspiring moment.

“I had goosebumps seeing Luds’ tears at the start,” he told Sky Sports.

This is how you sing an anthem. Congrats @LewisLudlam

Vunipola was particularly impressive in winning man of the match award after a couple of years dogged by injury, and praised his side for the victory.

“To have a structured game suits us more and for most of that game we stuck to it. There were times Wales crept in but they’re a great side and that’s going to happen,” he added.

“I feel probably the best I have for the last two and a half years – the biggest challenge is mentally.”

Anthony Watson was making his international return after nearly 18 months out through injury and he admitted it was a relief to be back.

“Putting the injury aside I was just happy to be a part of this squad,” he said.

“We had a tough two weeks and the togetherness among the squad is showing with games like this where we had to dig it out. Wales came back into it and we showed our fight.

“We want to win all these games so to get a victory in this first fixture is so important. We’ve got that win now and we’ll move on to Wales in Cardiff next weekend.”