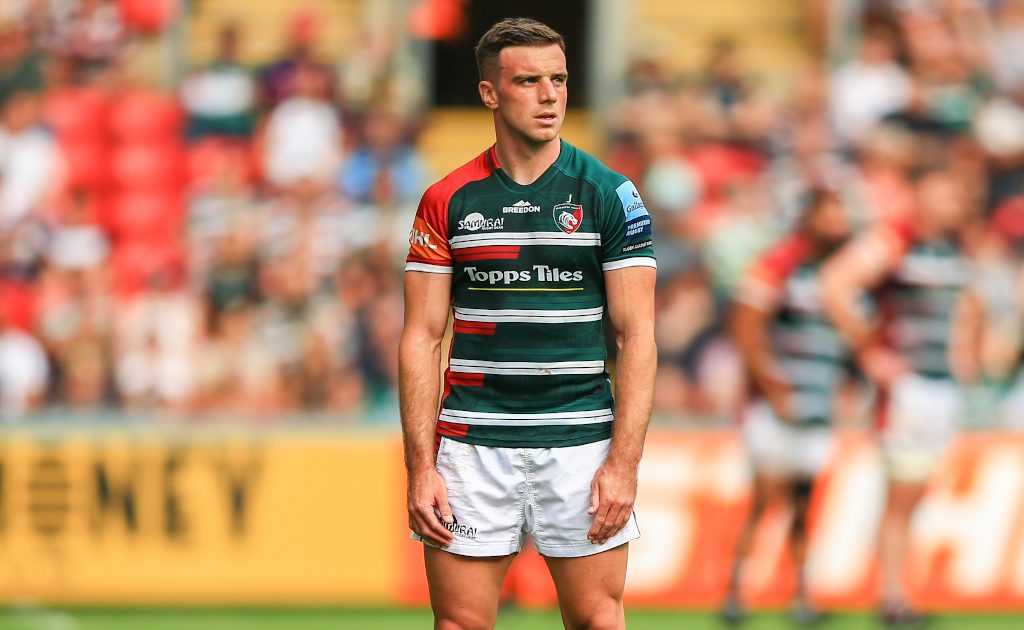 Fellow England international George Martin won the man of the match award but Ford stole the show as he orchestrated a 34-19 victory at Mattioli Woods Welford Road.

Ford was given the summer off by Eddie Jones, missing wins over the USA and Canada to recover from a niggling calf injury, but on the opening day of the new season he was outstanding.

The 28-year-old now faces a fight to start England’s autumn series with Owen Farrell and Marcus Smith contenders at fly-half, but Borthwick insisted he is already in his stride.

“George Ford for me controlled that game for large parts of it. It was great to see him back fit and performing as well as that,” Borthwick said.

“You can see by the way he played the sharpness he had in his game. He’s only going to get better and better. I watch him on the training field and he’s sharp. He controlled that game brilliantly.”

Leicester secured the bonus point with their five-try rout in front of a noisy crowd, but Borthwick is keeping the result in perspective.

“We’re pleased with the start but understand that Exeter were missing an awful lot of players,” he said.

“That was an Exeter team that was heavily changed but with respect for that, we’re pleased with what we did. We put the foundations in place last year and now we’re trying to build on them.”

Exeter boss Rob Baxter was frustrated by the Chiefs’ inability to capitalise on their chances after their pack was uncharacteristically wastefully when camped on the home line.

“Without breaking it down into every little mistake we made, the tale of the game was that we had enough five-metre pressure and opportunity to score more points than we did,” Baxter said.

“You probably saw Leicester score a couple of tries that were uncharacteristic for us to concede and with the combination of the two we ended up with the scoreboard looking like it did.

“It feels to me like there were a lot more than 19 points out there for us, that’s probably the tale of the game.

“It’s partly an off day and it’s partly the guys we’ve got out there having to improve. It’s not as simple as just saying it’s an off day. It’s not an easy thing to convert, I thought Leicester defended it very well.

“At one stage there was a massive penalty count, eventually we got the yellow card but almost by then they had done enough damage stopping us that we couldn’t pull them back.”

Meanwhile, Northampton director of rugby Chris Boyd was not happy with his side’s showing against Gloucester in the Premiership despite their 34-20 bonus-point win.

Ollie Thorley, Jordy Reid and Jonny May scored the Cherry and Whites’ tries, with Lloyd Evans kicking a penalty and a conversion in defeat at Franklin’s Gardens.