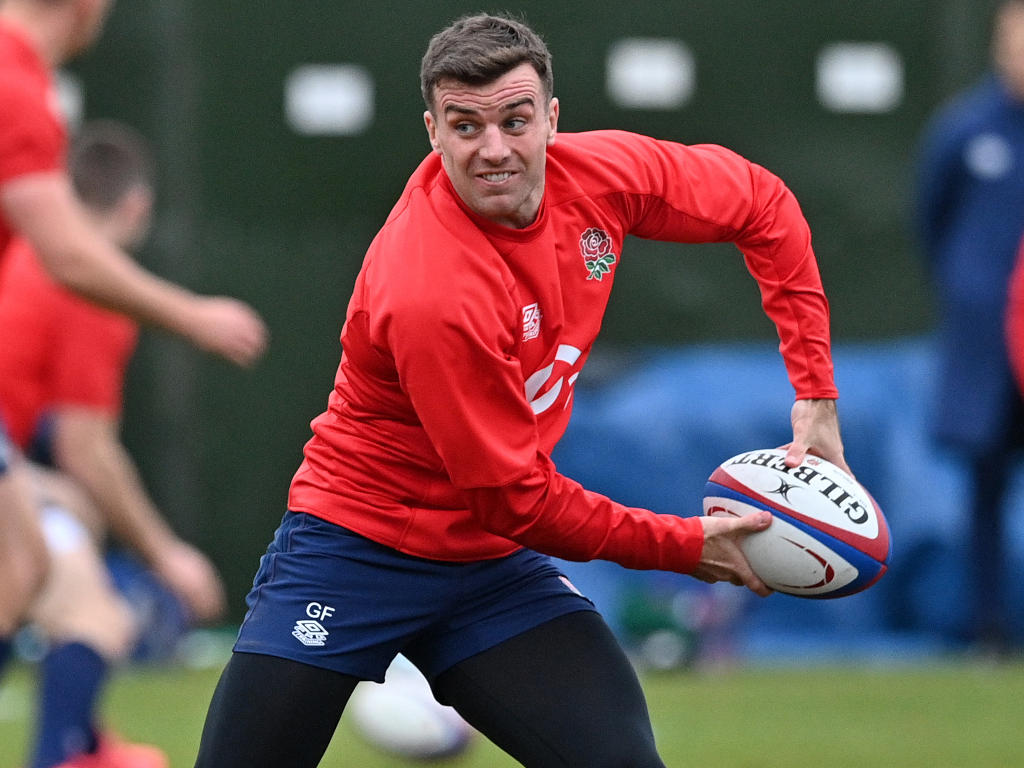 George Ford is raring to go after recovering from an Achilles injury to place himself in contention for a role in England’s pivotal Autumn Nations Cup clash with Ireland.

Ford missed the recent victories over Italy and Georgia in order to address a long-standing issue, forcing him to relinquish the fly-half duties he has held since the World Cup semi-final rout of New Zealand a year ago.

Now restored to full fitness, the Leicester Tigers playmaker is pushing hard for an immediate return to the starting XV when Eddie Jones names his team on Thursday morning.

If asked to act as chief conductor at Twickenham on Saturday, captain Owen Farrell will move to inside centre with a reshaped midfield seeing Henry Slade or Ollie Lawrence fill the 13 jersey.

Jones’ alternatives are to pick Ford, a 69-cap veteran whose range of skills and vision in attack have been missed by England, as cover on the bench or include him among the two players in the 25-man squad who will miss out.

“I feel great, I honestly feel great. It’s the best it’s felt on the field, running around in training, not being aware of it. So I’m happy,” said Ford.

“It was an ongoing niggle and I had been able to manage it and not miss any training or playing time, but it got to the stage where needed to get to the bottom of it before the risk of anything more serious occurred.

“Fortunately, I’m here and part of an environment where we have a brilliant medical team to get to the bottom of it, which we have done.

“I’ve had three and a half weeks of rehab now and it is feeling as good as it has ever done, so I’m really happy to be on the right track with it.”

Ford has only been able to resume full training with the squad this week but it was enough in Jones’ eyes to place the 27-year-old in contention.

England’s squad were reinforced by five players from Harlequins for Wednesday’s session, enabling them to stage specific game scenarios. All of the Premiership club’s contingent had tested negative for coronavirus.

“I have been fortunate enough to have done my rehab in camp and there is a lot that you can do in 24 hours,” added Ford.

“There have been lots of lower body strengthening in and around the calf. Treatment, hyperbaric chamber – all the recovery methods you could think of.

“I didn’t sleep in the hyperbaric chamber, but I usually spent an hour a day in it and the idea is to saturate your body with more oxygen to promote healing.

“Long, packed days but it’s brilliant and probably what I needed to get on to top of this, so I am very fortunate to have been able to do that.”

England have triumphed in their last three matches against Ireland with the two Six Nations encounters in 2019 and 2020 producing resounding wins. Ford appeared in all three, but is alert to the trap of reading too much into their successful sequence.

He said: “The thing you know when you’re playing against Ireland is you’re going to be challenged. You’re coming up against quality opposition and you need to be right on it both from a mental point of view and a physical one too.

“That’s something that the leaders of this team and the organisation will never ever try to be complacent with because when you do that and you’re not quite there starting against a team like Ireland, you’re going to be in trouble.

“You’ve got to have a bit of fear in you that if you’re not quite there Ireland will make you pay.”