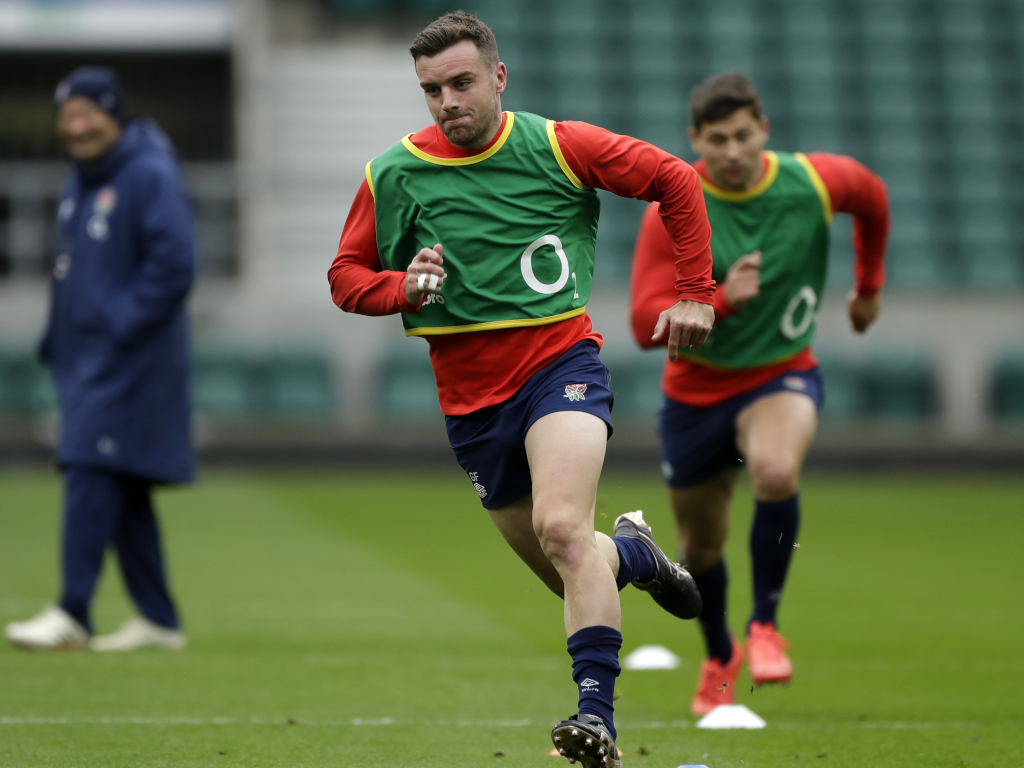 George Ford is expected back in England action “pretty soon” according to assistant coach John Mitchell, but doubts remain over whether he will be fit to face Italy in Six Nations action at the end of the month.

The fly-half withdrew from the squad that faces the Barbarians at Twickenham on Sunday with what the RFU described as a “pre-existing Achilles issue”, leaving Owen Farrell and Piers Francis as the only capped number 10s available to Eddie Jones.

While shuffling the starting XV for this weekend’s low-key international is no real concern, it is unclear whether Ford will be ready to return to the fold for the Six Nations clash in Italy.

Mitchell did not shed much light on the Leicester back’s prognosis but stopped short of ruling him out of the trip to Rome on October 31.

“Fordy has got a slight ankle problem that’s obviously being managed,” he said.

“Clearly we expect him back and in preparation pretty soon, but it’s important to manage these guys so we get them back at 100 per cent.

“We’re aware of the injury and we’re managing it. At the moment he’s in a position of rehabbing and reconditioning and we’ll take the next step post getting through that period.”

England have been able to add Bristol trio Kyle Sinckler, Ben Earl and Max Malins to their group after the Bears were removed from standby as potential participants in the Premiership final.

Mitchell suggested it may be too soon to ask them to take the field this weekend, though.

What a try for @LeicesterTigers 😍

Jordan Taufua FLATTENS Stuart Hogg and gets the try 🔥 pic.twitter.com/SHFw3gXkOo

“We’ve got a group here now three weeks in advance in terms of high-speed running and the way we go about our training and methodology,” he said.

“It’s really important to make sure those three players, or for that matter anyone who enters, is reconditioned in an appropriate way so they can join full training and give it everything.”

Bath centre Jonathan Joseph is looking forward to squaring off against the Baa-Baas, as England take the field together for the first time since the coronavirus lockdown paused the Six Nations in March.

“It will be great to pull on the red rose again, it feels like it’s been forever,” he said.

“A lot of the boys are very excited to be back in the camp and as usual there’s a massive buzz around it.

“Every time you’ve got this shirt on you’re a representation of yourself and you always want to put your best foot forward.”