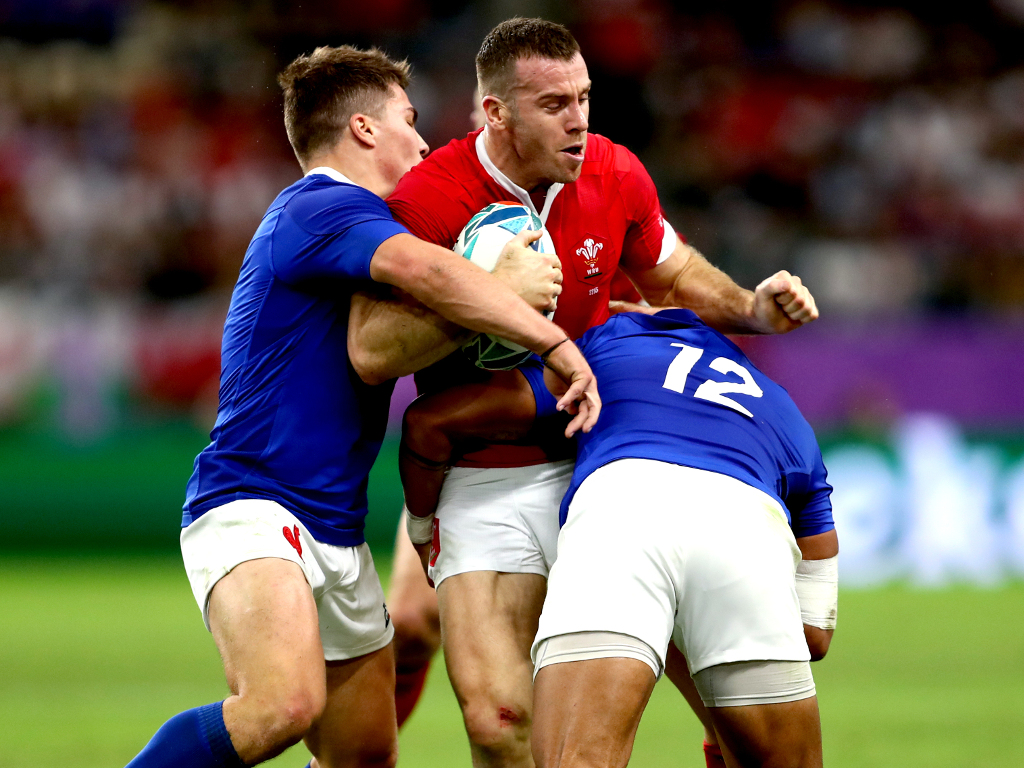 Wales scrum-half Gareth Davies is hoping to get one over former defence coach Shaun Edwards when they take on his France side at the Principality Stadium next weekend.

In that time, Edwards forged a reputation as one of the best defence coaches in world rugby – and Davies was a major beneficiary of his tactical know-how.

Davies says he got an insight into reading plays and mastered the art of the interception to score memorable lung-bursting tries.

Among such scores were his 2018 Six Nations try against Scotland in Cardiff and the decisive 60-metre effort against Australia at the 2019 World Cup in Japan.

“It was doing a lot of analysis work, seeing how different teams play,” Scarlets scrum-half Davies said of Edwards’ approach.

“I’d have a couple of chats with him and he’d tell me what he’d expect the opposition to throw at us, so I could pop into the front line every now and again and try and pick a few passes off.

“He was right quite a lot of the time. I’ve had a couple of intercepts from the analysis work I used to do with him.

“I do a lot of that stuff myself now, so hopefully I can pick one off against the French.”

He said he had “no choice” but to accept France’s offer of a four-year contract over the two-year deal on the table from the Welsh Rugby Union.

“We were a little bit disappointed he left us, but we’ve had Byron (Hayward) coming in and doing a great job,” Davies said.

Gareth Davies is the interception King 👑

“It’s a big focus for us now leading up to the French game on how we can break that defence down.

“We know it’s pretty hard to break down as it’s a good defensive policy he’s got. So we’ll be doing a lot of work in training now.”

Davies was Wales’ first-choice scrum-half at the World Cup, but injury cost him his place at the start of the 2020 Six Nations.

Tomos Williams has started the first two games against Italy and Ireland, although Davies played the final half-hour of Saturday’s 24-14 defeat in Dublin.

If he does start against France on Saturday week to win his 53rd cap, the 29-year-old will be up against Toulouse star Antoine Dupont.

“He’s probably one of the most in-form players in the world,” Davies said of Dupont.

“He’s playing with a lot of confidence and seems to be making the right decisions all the time, which is an important area for a scrum-half.

“Whoever plays – whether it’s me, Webby (Rhys Webb) or Tomos – I’m sure we’ll have to be at the top of our game to keep him quiet.”