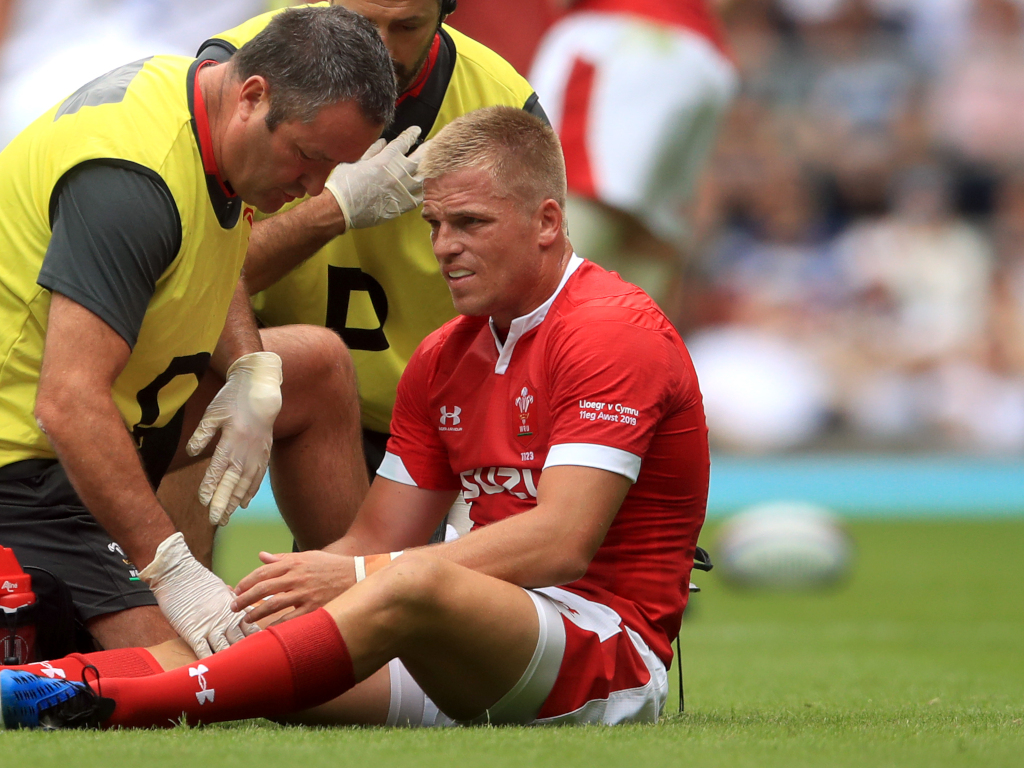 Wales have announced that fly-half Gareth Anscombe will miss the upcoming World Cup with an anterior cruciate ligament injury suffered against England on Sunday.

The pivot sustained a knee injury late on in the first quarter, yet remained on the field until the 34th minute when he was helped off.

A statement read: “Gareth Anscombe is out of Rugby World Cup contention after sustaining an Anterior Cruciate Ligament injury in the match against England yesterday.

“His prognosis and management with be determined following further specialist reviews. The Wales squad and management would like to wish Gareth the very best with his recovery.”

Headaches for the Wales coaching team now as Gareth Anscombe is forced off clutching his knee.

It adds to Warren Gatland’s problems having already seen vital back-row Taulupe Faletau ruled out of the global tournament via a broke collarbone.

Anscombe was a vital part of the Welshmen’s Grand Slam success, dovetailing nicely with Dan Biggar as they claimed their fourth Six Nations crown under the New Zealander.

Cardiff Blues’ Jarrod Evans and the Scarlets’ Rhys Patchell are the next in line, but neither have featured much for the national team over the past year.

Evans, whose Blues form actually forced Anscombe to play the majority of his regional rugby at full-back, only has one cap, while Patchell’s last game came against Tonga in the 2018 November series.