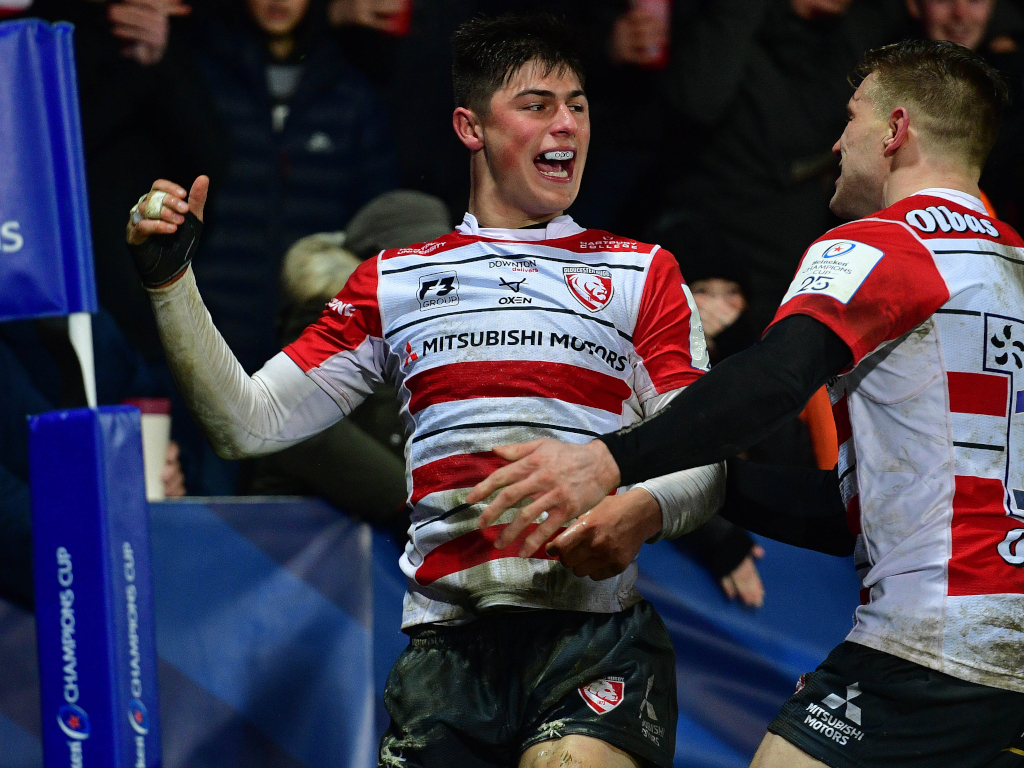 Given their player resources, it’s perhaps a surprise to many to find that Gloucester are only a smidgen away from 11th, with only four wins from 13 games. However, their points difference is far superior to some of the sides above them, underlining that a lot of their nine losses have been by very tight margins, suggesting that they epitomise the moniker of ‘gallant losers’.

The massive personality of Johan Ackermann has departed Kingsholm; a brooding and passionate man, Ackermann’s openness and honesty was valued by many of the players, but perhaps that bluntness was also capable of disenfranchising some of the key stakeholders around him, many of whom were frustrated by the lack of results over and above the attractive playing style the Cherry and Whites had formed.

If one is being cruel, the results Gloucester have posted simply does not relate to the talent they have nor the style they’ve played. As noted, narrow losses, characterised by the games against Sale, Harlequins and Leicester, have penalised them greatly in terms of their placing; if they’d turned over just one of those results, they would be somewhere near qualification for the play-offs so their season to date has been one of frustration born by underachievement.

13 players leave Kingsholm, with World Cup winning Springbok Franco Mostert the biggest name. Mostert has been, for the last two seasons, comfortably the most consistent and gifted lock in the Premiership, his power in the loose a massive factor in Gloucester’s favour. Josh Hohneck, Callum Braley and Owen Williams all had their moments in front of the shed, with prop Hohneck a particular favourite of the home fans.

Surprisingly, Gloucester have made no effort to fill the substantial boots left by Braley, but have added firepower to their wings with the return of local boy and England star, Jonny May, and the promotion in January of the stellar Louis Rees-Zammit to a senior deal from academy contract.

New boss George Skivington adds the experienced Matt Garvey in the pack, Logovi’i Mulipola comes in at prop while hooker Franco Marais re-signs for the rest of the season.

The loss of Aaron Hinkley to Exeter will be a minor irritant; a product of the Hartpury partnership, the electric openside never managed to break into the matchday plans and a lack of rugby is his reason for heading down the M5.

🍒 He previously made 35 appearances for the Cherry and Whites.

Gloucester’s run-in is a strange affair and the message is quite mixed, one based firstly on survival, but then on the carrot of play-offs and Europe. Their fixtures benefit from five home matches and they’d hope to win at least three of them, and perhaps steal one of the harder fixtures against Saints or Bristol. On the road, four tough matches include both Exeter and Saracens, and they must target one away win in order to fulfil their European ambitions.

Providing fans will be allowed into stadiums at some point, the home matches will be characterised by the ’16th’ man they possess – the noisy, intimidating atmosphere of their passionate support. No side benefits from such fan knowledge and deep tradition of rugby and the players will know just how much their performances mean to their superb supporters.

Louis Rees-Zammit is a player that has set the collective typewriters of the press box into overtime over the last 12 months. A massive figure at 6’3″ on the wing, he fuses power and pace with the priceless ability of getting over the try-line. Expect big things from the big man. He’s a talent that we will be eulogising about for the next 10 years.

Despite the departure of his father and mentor, flanker Ruan Ackermann is now English-qualified and few are more physically and technically able as a blindside or number eight. With international recognition beckoning, the powerful Pretorian will want to go up another gear, not only for his club, but in order to highlight his international ambitions to Eddie Jones.

Above all, Gloucester need to convert doughty losses into ugly wins; no-one doubts their ability, nobody denudes the quality of attacking rugby they play. Unusually, for a region steeped in hard pragmatic football, they have been guilty of a lack of collective application and perhaps have forgotten how to close out tight games. They’re a fingertip away from being a quality team, but paradoxically, are a toenail away from relegation. Their destiny is in their own hands and they need, for the pride of their incredible support, to learn to win again.